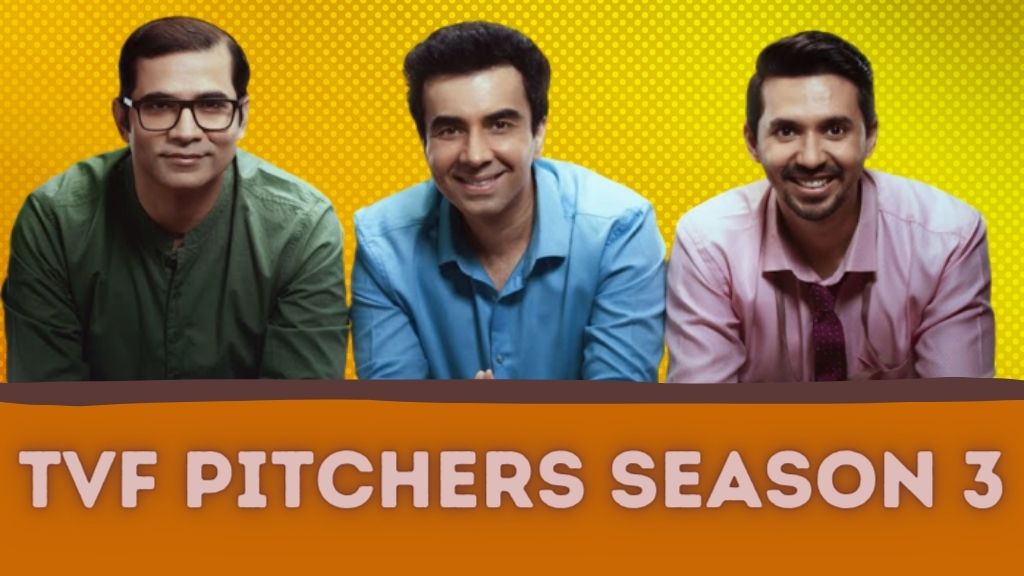 The first season of “Pitchers” is an Indian web television series created by TVF (The Viral Fever). It premiered on June 3, 2015, on the company’s YouTube channel, as well as on its app and website. The show follows the story of four friends who quit their corporate jobs to start their own startup company. The first season of “Pitchers” consists of 5 episodes and follows the story of the four friends as they struggle to come up with a business idea, pitch their idea to investors, and face challenges as they work to get their startup off the ground. The show explores themes of friendship, entrepreneurship, and the challenges of starting a business. Now with Pitchers Season 2 released, the fans are heartbroken as everyone’s favorite Jeetu Bhaiya is not in it, fans are eagerly waiting for Pitchers Season 3 with high hopes for the character to return in it.

The first season of “Pitchers” follows the story of four friends who quit their corporate jobs to start their own startup company. The season begins with Naveen, Yogi, Bajpayee, and Mandal quitting their jobs and deciding to start a business together. They spend their days brainstorming ideas and pitching them to investors, but they struggle to come up with a viable business concept.

One day, Naveen has a chance encounter with an old friend, Saurabh, who has a successful startup. Saurabh inspires Naveen to pursue his own dreams and helps him come up with an idea for a business that he is passionate about. With Saurabh’s support, the four friends work to develop their business idea and pitch it to investors.

As they pursue their startup, their friends face numerous challenges and setbacks, but they remain determined to succeed. Along the way, they learn important lessons about entrepreneurship, friendship, and the importance of perseverance.

Why was Jeetu not there in Pitchers Season 2?

In an interview with Hindustan Times the creator and lead actor of Pitchers Season 2, Arunabh Kumar said –

“As it happens with filmmaking, 200 things have to fall in place at the same time. It was part creative, part logistic, and part something we wanted to do with the story”

“I am again saying watch till the finale. It’s not that somebody is missing and somebody is not. When we researched, we found that in 99% of startups, one of the founders goes missing. That’s what we are saying right now as well. Sometimes they quit, sometimes there is a difference of opinion, sometimes there is a fight, or one is fired. There could be any of this. Once you watch the show, you will see. Hopefully, you will see we have tried to do something real. Whether you like it or not depends on a lot of things”

In Season 2 Ending, we saw Naveen receive investment from KC Enterprise and secure Series A Funding so the Journey will continue to the next funding series for sure,  So TVF pitchers season 3 will release soon and could be happening by the end of 2023. Follow Dominique Clare for Exclusive details regarding this show.

Amol Parashar said there are a couple of films that will come out in 2023 and so he is busy filming some. We might get a season 3 soon