Transformers Rise of the Beasts: Every character set to appear in the movie; is it a reboot?

We are here to talk about the latest movie update as Transformers Rise of the Beasts has been in development whereas everyone is looking ahead to cover more about the title.

Transformers has been one of the most famous franchise titles in the industry and mentioning the part that the previous installment of the title recieved over mixed reviews and though it also was not able to secure a big mark in the industry whereas the fans and viewers are now looking ahead to cover the latest update on Transformers Rise of the Beasts.

The upcoming movie will be the seventh installment of the franchise and though it has been titled “Transformers Rise of the Beasts” the movie will stand out as the sequel to Bumblebee. The standalone movie of Bumblebee recieved a good response throughout the time and thus the story could be linked on a good note at the time. 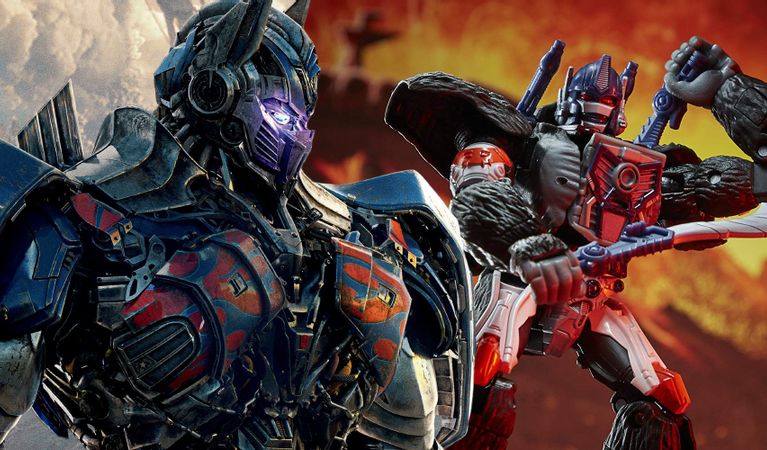 Transformers Rise of the Beasts will be bigger than you expect

Transformers has been the big franchise and has been running for more than a decade whereas to mention that it’s safe to say that Paramount studios do not have any plans on backing out from the franchise even though there have been some slow stops at the time. Transformers Rise of the Beasts is scheduled to release in June 2023 and more updates and information about the movie will also be dropped by the authorities ahead of the time.

Bumblebee recieved a great response from the critics and that was basically because the movie was set through the vibes of the 80s as the audience loved to cover the nostalgic feels in the movie and a big storyline was also portrayed through the movie. Some of the work from the previous movie will also be recaptured in Transformers Rise of the Beasts and there would be many new things to cover along the way too. The sources have also reported that some of the big characters from the animated series will also be introduced in the new installment ahead. The characters will be introduced from the animated series which showed up on the screens back in the 90s such as The Beast Wars and though there are big predictions being put ahead by the fans that Maximals along with Predacons and Terrorcons will be portrayed ahead in the installment as they would also be taking part in the long going battle between Autobots and Decepticons and a different story would be put ahead that would be linking all of them and something that we have never seen before.

It’s safe to say that a number of villains will be portrayed ahead in the new installment and it is going to be more exciting than before there are some the big discussions holding out among the fans at the time suggesting that the classic Autobots will be making their return on the screens and this is another part which has been catching up a lot of attention at the time. There is some other big word out stating that Transformers Rise of the Beasts will be holding out some of the big surprises in the movie such as some of the major characters of the franchise will also be making their return and there is already a big hype building among the fans to know more about the title and cover what more does the title has in store for everyone but more information and news about the characters and plotline will be given as we would keep moving closer to the release date of the movie.

The fans need to stay tuned at the time as there is already some the big planning been made for the movie and it is yet to see what more do the authorities have to give regarding the updates and information about the movie as it has already been holding up a lot of hype at the time and though the teaser of the movie will also be out in some time which will also give a glimpse of the new installment. There is confirmation about some of the characters who will be appearing in the upcoming installment of the franchise such as:

Autobots in Transformers Rise of the Beasts

We all know who is the boss of the Autobots and the movie will be incomplete if the main character Optimus Prime won’t appear and although he is confirmed to appear in the movie.

Bumblebee will also be returning to the movie for a prominent role and the character is also regarded as one of the main ones to appear in the upcoming movie.

Arcee is basically known as the field commander of Autobots and she has been portrayed as a loyal character to Optimus Prime, though we would get to witness more about the character on the screens.

Mirage is confirmed to appear in Transformers: Rise of the Beasts and he also appeared in Transformers: Dark of the Moon and also had a big role to play in the movie which he will be continuing ahead.

Terrerocons in Transformers Rise of the Beasts

Scourge will be appearing as the main villain from Decepticon and there is word that he was created by Unicorn from Dead Decepticons and thus he would be one of a villain that we have ever witnessed in the franchise.

One of the new characters who will be making its debut in the upcoming installment is Nightbird and a little is known about her whereas there is word coming in that she is a giant female ninja robot who will be appearing in Transformers: Rise of the Beasts.

Maximals in Transformers Rise of the Beasts

The Maximals will be introduced in the upcoming movie and which means that the leader, Optimus Primal is all confirmed to appear thus he takes up the form of a silverback gorilla by using advanced technology.

Rhinox is another character from Maximal who will be introduced in the movie and though he takes up a form of a giant rhino and has been described as the brains of Maximals.