Top Gun: Maverick breaks the box office record! Yes, you heard it right, Top Gun: Maverick has passed by the $1B mark worldwide! It is the second movie during the pandemic era which has become so popular globally. Tom Cruise and the whole Top Gun franchise are super excited over this news! Tom Cruise has been in the industry for 40 years and this movie happens to be one of his finest movies of all time. Top Gun: Maverick happens to be the first-ever movie by Tom Cruise which has crossed the benchmark of $1 billion. The audience is in love with the movie. Moreover, some are also asking for Top Gun 3! So let’s not delay any further and quickly jump into the main conversation of the day. Tom Gun: Maverick was released back on 27th May 2022. Only within a period of 31 days, the blockbuster movie has crossed the global record of $1 billion! As per our inner sources, the movie has crossed the benchmark of $1.006B! The movie has developed a huge fanbase out there. It is growing popular day by day. If we check the records closely, then you will see the movie has managed to cross the benchmark of $521.7M domestically. On the other hand, the movie has earned a benchmark of $484.7M internationally. Tom Cruise is really happy over the immense growth of the movie! After all, Top Gun: Maverick happens to be his biggest movie! If you still haven’t watched the blockbuster movie on the giant screen, then what are you waiting for? The movie is surely worth your money and time! Book your tickets now, and binge on Top Gun: Maverick, exclusively in your nearby theatre. 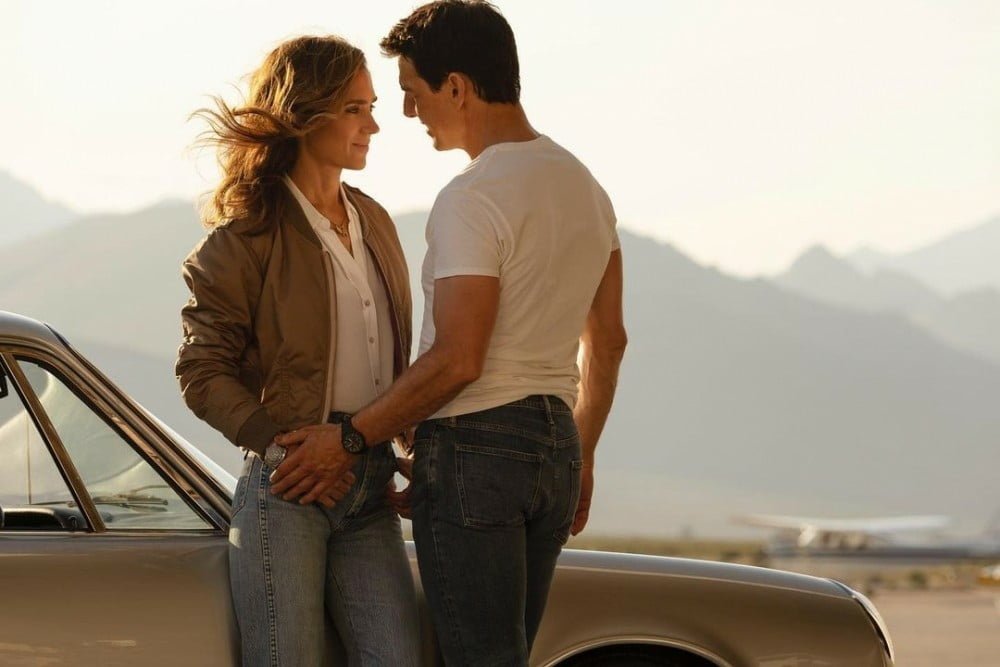 Top Gun: Maverick Is A Lucky Charm For Tom Cruise!

The first-ever movie of the giant Top Gun franchise, namely Top Gun, was released back in 1986. Finally, after a gap of 3 decades, we witnessed the second part of the movie! The first part of the movie was directed by Tony Scott. While Top Gun: Maverick is directed by the renowned director of all time, Joseph Kosinski. Top Gun: Maverick has been a game-changer for the age-old franchise!

Along with Tom Cruise’s incredible performance, the franchise is also thankful to the Paramount network. There is no denial that Paramount was extremely commendable with their promotion, distribution, and marketing strategies for the worldwide popular movie, Top Gun: Maverick. Tom Cruise along with other important characters of the movie traveled down to San Diego, Mexico City, Japan, Cannes, London, and Seoul, solely with the motive to promote the movie globally. Tom Cruise Is Back In Action Mode! Top Gun 3 Is In High Talk!

After almost 36 years, we saw Tom Cruise back in the cockpit! Tom Cruise’s acting career flourished initially through the Top Gun franchise! If you go back to 1986, then you can clearly see Tom Cruise became famous through his incredible action movie, Top Gun! The sequel part of the movie was always in high talk and finally, the movie has released on the giant screen. Along with the old audience, the franchise has also gained a good amount of young age fans! One month has passed by, but Top Gun: Maverick continues to be in the spotlight of the movie world! Top Gun Maverick has again changed the game for Tom Cruise. The movie is slated as Cruise’s biggest overseas and domestic debuts! As per our records and sources, Top Gun: Maverick is still ranked No. 1 in Japan! The movie has entered its fifth week, but Top Gun: Maverick is still maintaining the run of consistency at the box office. Not only in Japan, but the movie is also doing immensely well in the UK, Australia, France, and Germany. Moreover, fans are also demanding Top Gun 3! We would love to learn about Maverick. Sadly, the franchise is still silent on the rumors out there. Some sources claim the movie was originally planned for only two parts! But we are hoping to hear from the above authorities really soon. We will keep you updated on this particular topic. That’s all for now, to get the latest updates on exciting movies and shows, stay connected with us, just right here.