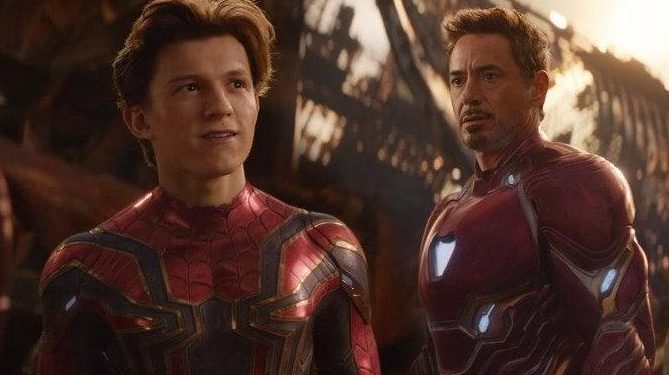 Tom Holland has been in news all over with the release of Spiderman: No Way Home and him being titled as GQ Superhero of the year. Well, currently the spiderman fame has been creating news for a statement released by Joe Russo that connects him directly to Robert Downey Jr. or the former Iron Man that died in the endgame. What is the statement? What exactly means and how does Tom react after the release of the statement? read further to explore the subject details. All About Tom Holland & Spiderman No Way Home

Tom Stanley Holland who is known worldwide for his role of Peter Parker or Spiderman will be seen reprising the same role in the upcoming movie of the franchise SPIDER-MAN: NO WAY HOME. The plot continues on the storyline of the previous movie where Dr. Strange opens the multiverse in an attempt to prevent Peter’s identity from getting revealed. This results in returning of certain evils and the advent of some new villains.

Tom Holland will be joined by Benedict Cumberbatch, Zendaya, Jon Favreau, Marisa Tomei, Jacob Batalon, and many more. The movie will be seen hitting the theatres on 17 December this year. The Spider-Man franchise is a coming together of Sony and Marvel Studious to give such a blockbuster. But even after gaining such a marvelous fanbase, why is it that Tom could replace Robert as an Iron Man? Recently in the GQ interview Joseph Russo, one of the directors of marvel cinematic universe and co-director of Avenger: Endgame stated that Holland will soon step in Downey’s role that is also the actor’s favorite character and even considered as the soul of Marvel Cinematic Universe. Joe has been in touch with the marvel cinemas for white a long time and holds a good weight in the production. He and his brother Anthony has been in charge of the direction for various marvels films like Captain America franchises including Civil War and The winter soldier and even the Avengers franchise including Endgame and Infinity War. The Russo brothers have also been a part of a lot of movies of the spiderman franchise. So a statement like this from him can not be considered speculation in vain and thus holds some weight. Iron man has been a mentor to the superhero in the franchise and the movies have played a major role in establishing and connecting their relationship. Tom has stated in a red carpet event to the media saying that he loves his role and holds great value in his life and transformed him to a great extent. Continuing further peter parker fame stated that he would love to continue his role in the franchise but if the need of the hour is for him to step down, then he would gladly step down and watch someone e else carrying the legacy further and bringing more diversity to the role. He even added that if he gets to stay in the franchise, he would happily step for the role of iron man and continue a yet another diverse relationship with the future Spiderman. Although the fans are fond of the former iron man his return in the marvel production cannot be expected anytime soon with his role wiped out in the Endgame.