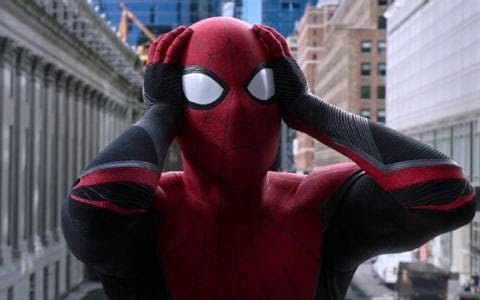 Spider-Man: No Way Home will depict a story that spans numerous universes as villains from different timelines infiltrate the MCU. Alfred Molina as Dr Otto Octavius/Doc Ock, Willem Dafoe as Norman Osborn/Green Goblin, and Jamie Foxx as Max Dillon/Electro are among the recurring villains from Sam Raimi’s Spider-Man trilogy and The Amazing Spider-Man duology. The return of Sandman from Spider-Man 3 and The Lizard from The Amazing Spider-Man was also confirmed in the most recent Spider-Man trailer, increasing the total number of villains in the film to five.

Holland, on the other hand, suggested that the trailer’s storey and character revelations were “only the tip of the iceberg,” and that No Way Home has lots more tricks up its sleeve. Director Jon Watts connected the film to 2019’s Avengers: Endgame, describing it as “the end of a franchise.” Holland previously referred to the film as “the end of a franchise.”Spider-Man (Tom Holland) attempts to run from Doctor Strange (Benedict Cumberbatch) while in possession of a mysterious magical artefact, according to a film shared online by the Twitter account Spider-Man Shots and reported to a user named Tom Reactor. When Peter tries to flee the Sanctum Sanctorum, the Sorcerer Supreme stares at him and says, “This is why I never had kids,” before wrangling him back to the ground with magic. Strange should be more honest and accountable, accepting blame when it is due and also being responsible enough to seek help more graciously, as shown in the Spider-Man: No Way Home trailer. Sure, Peter may have asked for the spell, but Strange could have said no, thus he’s to blame for these outings in a significant sense, and as the senior Avenger in command, he needs to do a better job. He pales in contrast to the likes of Captain America, Black Panther, and others because if there’s one thing fans of the MCU know, it’s that making excessive expectations and finding scapegoats for one’s mistakes doesn’t get the job done.

Tom Holland says that Spider-Man: No Way Home follows up right where Far From Home left off J.K. Simmons, who played J. Jonah Jameson in Sam Raimi’s trilogy, makes his Marvel Cinematic Universe debut as J. Jonah Jameson during the previous film’s mid-credits scene, establishing himself as an adversary to Holland’s Spider-Man by broadcasting doctored footage of the London incident in which Quentin Beck, aka Mysterio (Jake Gyllenhaal), frames him for his murder and reveals his secret identity to the world. The credits scene from Far From Home would serve as the opening scene for the events of No Way Home, according to the trailers and description. Peter turns to Doctor Strange (Benedict Cumberbatch) for a magical cure after his life and reputation are flipped upside down, but his clumsiness during the spell causes it to go awry and mistakenly break open the multiverse. This opens the door for Spider-Man adversaries from other realities to join the MCU. Doc Ock (Alfred Molina), Green Goblin (Willem Dafoe), Electro (Jamie Foxx), Sandman (Thomas Haden Church), and Lizard (Rhys Ifans) are the characters.

Know the Complete Storyline of The Doors of Stone Here – What is going to happen?