Marvel Studios villains are coming into action on Thunderbolts. The members of the team are not yet confirmed. But there are many rumored team members. Thunderbolts movie is coming and this movie will direct by Jake Schreier who has directed films such as Robot and Frank, Paper Towns and I Can See You, etc. He also directed some episodes of TV series like Jim Carrey’s Kidding, Dave and Minx, etc. Now, Jake Schreier has the job to direct the film ThunderBolts. Now, Marvel is planning for Thunderbolts and now they have their version of Suicide Squad. The movie release date is not yet confirmed, but we all get in the D23 Expo of Marvel. Marvel Studios is now going to deliver us a villain team-up movie that is ThunderBolts. When it will be delivered to us it’s not yet confirmed maybe sooner or rather than later. As per reports, Marvel Studios hired Jake Schreier as the director of the upcoming Marvel film ThunderBolts. Black Widow’s Co-writer Eric Pearson is set to write the script of this villain team-up movie ThunderBolts. Eric Pearson has nearly done a dozen Marvel Cinematic Universe projects including as a writer of Thor: Ragnarok in 2017. He was also an executive story editor for the Agent Carter TV series that ran from 2015 to 2016.

Who will be the members of ThunderBolts?

As per reports, there are no such members are confirmed for this upcoming Marvel movie. But there will be some great supervillains to join as per reports. Characters like Yelena Belova played by Florence Pugh, U.S Agent played by Wyatt Russell, and Zemo played by Daniel Bruh can be members of ThunderBolts. And many more members are rumored for this movie. How it will affect the Marvel Cinematic Universe that we don’t know, but fans gonna like this movie. Ghost, Punisher, Elektra, Ghost Rider, Luke Cage, Red Hulk, Abomination, and Taskmaster could also be added to the cast of ThunderBolts. Many new unexpected characters can also be the members of Thunderbolts as Marvel has done with Illuminati in Doctor Strange in the Multiverse of Madness.

When Thunderbolts movie will release?

Thunderbolts is an upcoming MCU project. And the release date of Thunderbolts is not yet confirmed. Will the movie be part of phase 4 or not we also don’t know that? But, it is confirmed that the upcoming Marvel project Thunderbolts is set to begin shooting in Summer 2023, and reports say that Marvel is already in contact with some current Marvel stars, to make sure that they were available to shoot in that period. The Thunderbolts focuses on villains that are turning to the grey side, as well as giving rise to the anti-heroes of the Marvel Cinematic Universe. As of right now, Thunderbolts as the project is in the development phases. 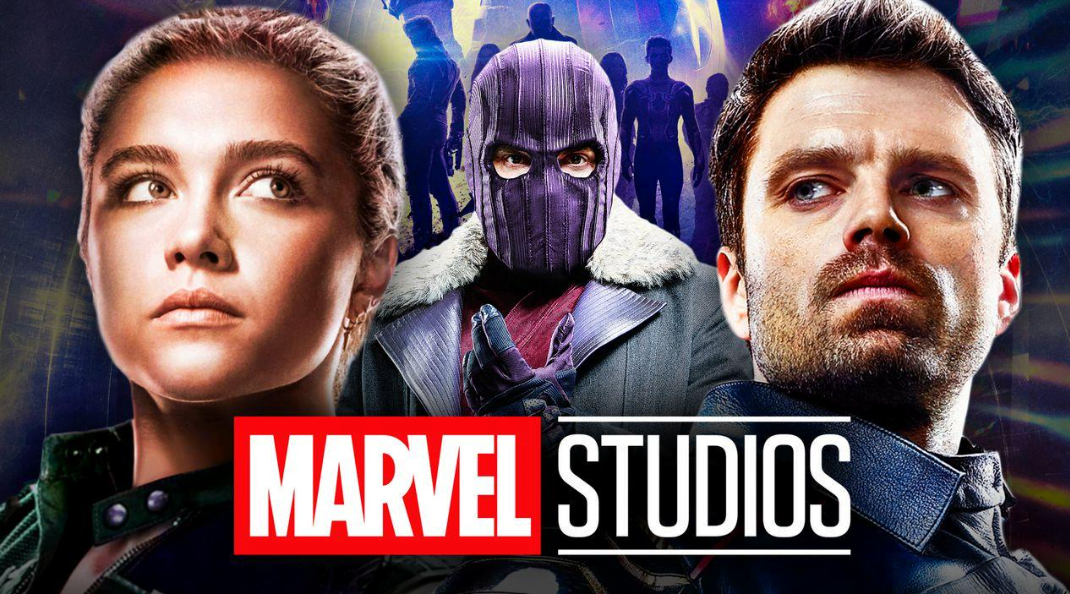 In phase 4, we get some hints of Thunderbolts in many projects of Phase 4. It seemed all started when Valentina Allegra de Fontaine played by Julia Louis-Dreyfus in the Falcon and the Winter Soldier as she teased something dark in the works with Wyatt Russell‘s U.S Agent. She again returned in the post-credit scene of Black Widow, when Yelena Belova played by Florence Pugh went into the graveyard of Natasha Romanoff a.k.a Black Widow and behind her Valentina Allegra de Fontaine appeared and told her, Clint Barton a.k.a Hawkeye is responsible for the death of Natasha Romanoff, which eventually led to the reveal of Kingpin played by Vincent D’Onofrio in Hawkeye. The most challenging part for Marvel will be figuring out how Thunderbolt Ross played by William Hurt who is now no more with us. Will his role will be recast or something different we shall find out when the movie gets released.