The Lucifer series became the most streamed series of the year 2021. After this news, Lucifer series creator Neil Gaiman has taken a dig at the people who earlier threatened to boycott the series. Let’s find out more details in this article.

Before the release of the Lucifer series, the American Family Association created a website named One Million Moms. The website asked people to boycott the Lucifer series. It was boycotted because they believed that the series is against Christianity and also made fun of The Holy Bible. They also stated that this new series will showcase Satan as a loving person who is in the form of a human. This will try to change the views of people about Satan. After this news came out that the Lucifer series was the highest-streamed TV series of 2021, Neil Gaiman made a statement. He tweeted and shared his happiness for the series to become the highest streamed series of the year. He also expressed his gratitude to the One Million Moms group for trying to boycott the series. He also stated the boycott of The Sandman was a hint that the spin-off will perform well. Well, it looks like the whole boycott thing did not go as expected.

I would just like to formally thank the @1millmoms for their attempts to ban Lucifer before it came out. Their boycott was the thing that signalled that Sandman had arrived as a comic, and I knew it boded well for our TV spin-off.https://t.co/Af80pBALsN

The Lucifer series had a stream time of about 18.3 billion minutes making it the highest watched series of the year. The series is based on DC Comics characters. The series is created by Neil Gaiman, Sam Keith, and Mike Dringenberg. The series has a total of six seasons. The first season of the Lucifer series premiered on January 25, 2016. The first two seasons of the series were broadcasted on Fox. Later on, people started boycotting the series. So the series was discontinued after the third season. However, Fox gave the reason that the show is not receiving good ratings so it decided to be removed. Later in 2018, it was announced that the new season of the Lucifer series will stream on Netflix. The show got a good response and topped the streaming charts this year. 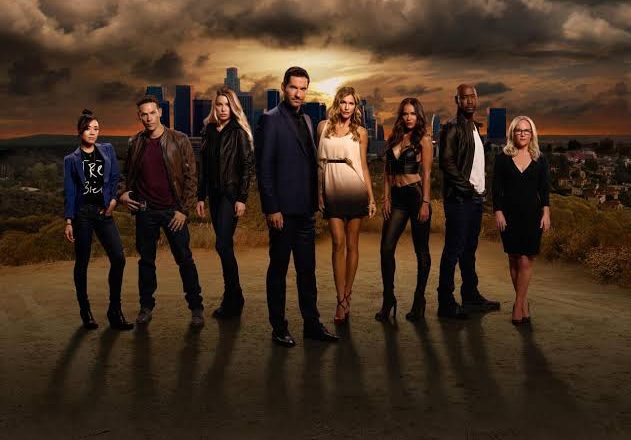 The Lucifer series has a total of 93 episodes of runtime between 45-60 minutes each episode. The plot of the series revolves around Lucifer Morningstar. He is the lord of hell and later on, he joins the Los Angeles Police Department as a city consultant. The story is about Lucifer’s way of dealing with people and using his powers to solve the cases. The main cast of the series includes Tom Ellis, Lauren German, Kevin Alejandro, D. B. Woodside, Lesley-Ann Brandt, Scarlett Estevez, Rachael Harris, Kevin Rankin, Tricia Helfer, Aimee Garcia, Tom Welling, Inbar Lavi, Brianna Hildebrand. The show is developed by Tom Kapinos and is produced by Jerry Bruckheimer Television, DC Entertainment, and Warner Bros. Television.