Musicians may be interested in a new project published this month on the Hackster.io website that shows how the Raspberry Pi mini PC can be used to build a guitar pedal with a neural network.

NeuralPi is a Raspberry Pi guitar pedal that emulates actual amps and pedals using neural networks. The project is rated as an intermediate build, and it should take about five hours to complete.

Keith, the creator, has provided step-by-step instructions, a component list, and code to help you create your own using the Raspberry Pi 4 Model B, which costs less than $50.

You can create your own effects using regular C and get ideas from the forum’s ready-to-use effects, such as Clean/Transparent, Booster/Volume, Distortion, Fuzz, Delay, Echo, Octaver, Reverb, Tremolo, Looper, and so on.

The two rows of pin connectors on the HifiBerry connect to the Raspberry Pi’s top. It included spacers to keep the HifiBerry card in place on top of the Rpi4.

There is a  generic prototyping enclosure, but the HiFiBerry website has a great-looking enclosure for a simple guitar pedal project that doesn’t need any additional footswitches or knobs. For a finished product, it most likely makes your own enclosure. 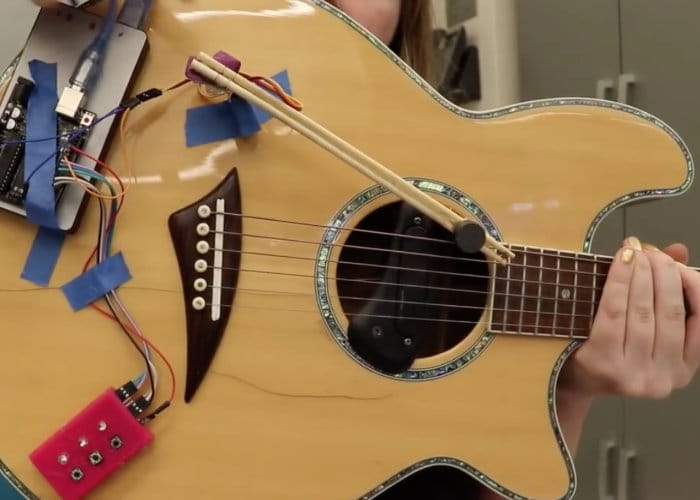 What You Can Do

User controls are currently unavailable in the NeuralPi plugin for Elk OS. It uses a single model that can be changed before the plugin is run.

The next move is to add user controls through OSC messages so that the NeuralPi can be controlled over Wifi by a remote instance of the plugin. Gain/Volume, EQ, and model selection will be among the controls available.

Through Sensei, Elk Audio OS also supports physical controls. Gain/Volume and EQ knobs, as well as an LCD screen for selecting different models, can all be added.

One could create an actual guitar pedal with NeuralPi and any number of other digital effects and controls.

After the hardware has been installed, all of the requisite adapters can be connected. If you’ve used the Raspberry Pi 2, there are a few important differences to be aware of with the Raspberry Pi 4:

With just 16 percent of the Pi’s processing power used, there’s plenty of space for other effects like cab simulation (impulse response), reverb, delay, flange, and other less CPU-intensive effects.

When it comes to the Raspberry Pi’s capabilities, the sky is the limit. One might make a phone app that controls the plugin over WiFi, add knobs and controls, or even dual boot another operating system with a media center, web browser, or video game emulator.