The character Knull has entered the world of the Marvel Cinematic Universe early. The credits for its entry go to the second installation of Venom Franchise, Venom: Let There be Carnage. The second movie of Sony’s Spider-Man Universe has told its own story of the clash between Venom and Carnage. Regardless, the whole thing changed after we have seen the post-credit of Venom 2 and how we can now connect the universe of Venom with the universe of Spider-Man of MCU. On the other hand, this now has planted the possibility to bring Knull to the next movies of MCU after Venom: Let There be Carnage. How Knull Can Be Connected To The MCU

So, how can we connect Venom with the MCU now? In the post-credit of Venom: Let There be Carnage, we could see Eddie Brock (Tom Hardy) is in the same universe as the Spider-Man (Tom Holland). Now, all thanks to this exact moment, we can now relate the upcoming movie of Venom with the current world of the Marvel Cinematic Universe. The studios of Sony and Marvel haven’t declared yet about how the factors will be depending in the future of these two universes if they are gonna work jointly, even though it is firmly considered that this is gonna be related to the multiverse plot of the Spider-Man: No Way Home. Regardless of all the other things, we can be assured that the inclusion of Venom in the Marvel Cinematic Universe is gonna open up many paths with countless possibilities which also includes the entry of Knull.

Now, if Marvel Studios are really gonna make the appearance of Knull after the second installation of the Venom franchise, the studio has several options in their hands as well. The fourth phase of MCU has several characters that they can bring up based on this exact character while giving the legacy of the symbiotes and Knull a greater position in the Marvel Cinematic Universe. For example, we can take the upcoming MCU movie Thor: Love and Thunder, in this movie the antagonist, Gorr the God Butcher (Christian Bale), possess an astoundingly powerful sword which was created by Knull himself (comic source) in the meantime, the introduction of Knull in Marvel Cinematic Universe can take place while the teaser about him killing the Celestial Knowhere is out. 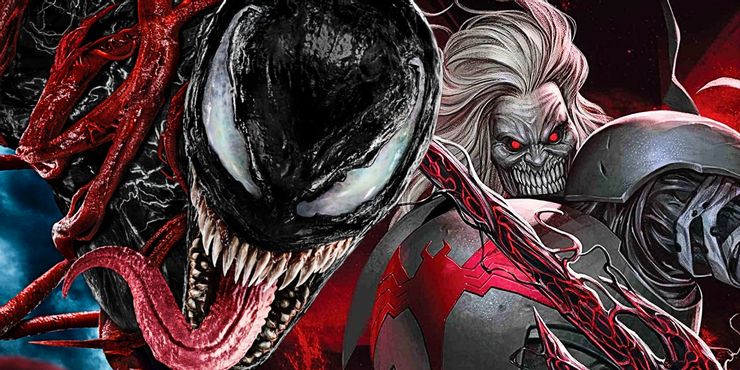 Expected Time When Knull Will Appear In MCU

Now talking about the time when exactly Knull will join the Marvel Cinematic Universe, we don’t have any kind of news over that yet. His chances of introduction have just started to become possible. So, we can assume that the plans of his appearance might just be getting more and more concentrated behind the scenes. The relationship between Marvel and Sony has made things more complicated. So, considering his connection to both universes, we can say that Knull can appear in a movie where both the characters from both universes, which means a movie with both Spider-Man and Venom in it can be the perfect stepping stone for the entrance of Knull.