Dwayne Johnson who is renowned all over the world known as “The Rock”, was seen supporting Joe Rogan over his Spotify show controversy. As we all know, Joe Rogan has faced a lot of backlash for spreading misinformation on Covid-19. Most of the popular celebrities have heavily criticized his show. Only Johnson was seen supporting him but looks like now even Johnson has put his hand up. “The Rock“ is not supporting Joe anymore. He was shocked to know his thinking toward the ‘black people.’ Recently in a viral video, Joe was seen repeating the N-word almost 20 times. I’m sure Joe has invited more problems in his life. Stay tuned with us, to know all about it, just down here. Dwayne Johnson Is Not On Joe Rogan’s Side! He Is Shocked Over His Viral Video!

A few days back India Arie posted a clip from Joe’s podcast, the whole industry was shocked to know about his narrow thinking towards the Black community. Johnson was truly shocked by the clip and was left speechless. He highly regrets supporting Joe Rogan’s view. Initially, Joe was criticized for his earlier podcast on the world pandemic. His thinking on Covid-19 was misleading the audience. He was promoting anti-vaccine thoughts. There is no doubt he has messed up the whole thing. He tried to justify his podcast by uploading a video. He said he will try to address the problem of the crowd. Thus, Johnson showed his support to Joe Rogan’s video.

But Johnson is no more rooting up for Joe. He was not aware of Joe’s ridiculous podcast on the Black community. In the same podcast, he has used the N-word more than 20 times. His views are surely getting questioned out there. Johnson has learned a good lesson in his life, he now knows the real Joe Rogan. He never would support a man who talks shit against the Black community. He supports “Black lives matter”. Johnson has removed his hands from Joe Rogan’s shoulder.

Joe Rogan Silent On The Viral Podcast Video- Know Everything About It, Just Down Here!

Joe is yet to reply to the video. He has surely challenged the people out there. His thoughts have hurt people’s sentiments. I don’t think, he will get an easy exit on this whole issue. Firstly, he tried to guide the people in the wrong direction. He spread misinformation on the most contagious virus. Millions of people have Spotify accounts, they might have listened to his podcasts, he might have misguided him. All of this had already caused a lot of blunder out there.

But guess, what the chaos is not over, as a new problem is waiting for Joe. He surely needs to answer the audience out there. Spotify has still not taken any step against Joe Rogan. But the online streaming music platform has surely undergone a huge loss for Joe’s statements and podcasts. We will surely update you more on this topic. That’s all for now, to know more such updates, on the latest celebrity gossip, stay tuned with us, just right here. 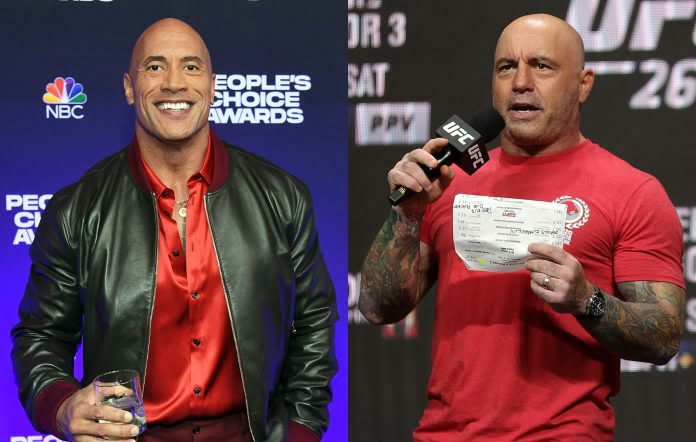