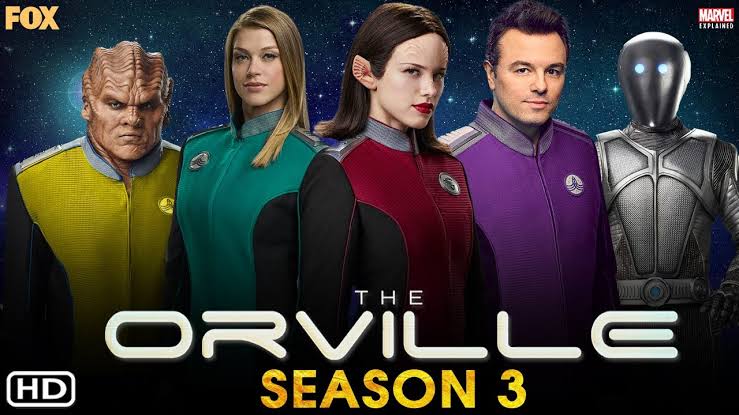 ‘The Orville,’ a comedy-drama series created by Seth MacFarlane, revolves around the USS Orville, an exploratory spacecraft commissioned to fly across the galaxy for planet explorations and civilization research. The show chronicles the members of the Orville expedition in the 25th century, particularly Captain Ed Mercer and Commander Kelly Grayson, a separated couple who lead the vehicle’s crew. The show’s content is made up of the experiences that the crew members have with alien civilizations.

The Orville is an unusual blend of advanced science fiction and a raucous satire of its origin, based on the ‘Star Trek’ franchise. On September 10, 2017, the show premiered for the first time. It had a mixed reception from critics in its first season but was praised by the audience for its unique approach, which successfully combined tragic and comic components. The second season was praised for its original storyline. Season 2 concludes with a spectacular showdown that provides fans with a fascinating experience.

Release Date for Season 3 of The Orville

On May 11, 2019, Fox announced that ‘The Orville’ has been renewed for a third season, and on July 20, 2019, creator Seth MacFarlane confirmed that the show would be moving to Hulu for its next season at San Diego Comic-Con. The Orville Season 3 will premiere on Hulu on March 10, 2022, at 12 a.m. ET, much to the delight of fans.

The filming of the third season was packed with hurdles and obstacles due to a shift in networks, massive production design, and a global epidemic. The slow pace of production angered both the staff and the viewers, prolonging the never-ending wait for the next chapter. The filming of the third season was ultimately completed on August 11, 2021, after various setbacks. The Orville’s third season will be titled ‘The Orville: New Horizons,’ and will consist of eleven episodes. Who’s in the cast of The Orville Season 3?

Lieutenant Alara Kitan’s portrayer, Halston Sage, will not be returning for the third season as part of the main cast. Alara Kitan resigns from her position on the spacecraft in season 2 to return to her home planet. However, it’s possible that the actress will appear as a guest star. Lieutenant Yaphit’s voice actor, Norman Gene Macdonald, died of severe leukemia in September 2021. Because it’s unclear whether he was able to record his lines, it’s questionable whether we’ll hear his voice in The Orville Season 3.

On a side note, Anne Winters has joined the cast as Charly Burke for The Orville Season 3. The actress is best recognized for her role as Chlöe Rice in the Netflix series “13 Reasons Why.” Eliza Taylor, who played Clarke Griffin on ‘The 100,’ will also appear in an unspecified role in the film. What is the plot of Season 3 of The Orville?

In the season 2 finale of ‘The Orville,’ the crew attempts to restore the original history by wiping Kelly’s memories, which results in an incredible confrontation. The crew of the Orville attempts to re-establish order as the Kaylon occupy half of the known galaxy, including the obliterated Earth.

Realizing that the only way to get back to the previous timeline is to undo Kelly’s memory wipe, the crew gathers a necessary protein to finish the job. Orville is rescued from the Mariana Trench, and Claire is sent back in time to erase Kelly’s memories. Claire finally succeeds in restoring the timeline to its original state.

The Orville Season 3 may focus on the ramifications of Kaylon’s attack and how Ed and his crew will restore normalcy to the crew’s lives. It could potentially look into Isaac’s future as he fights against his own tribe while siding with the Union. The third season could delve deeper into the relationship between Orville’s members and the Krill species.

Harry Styles Plays The The Brother of This Marvel Villain in Eternals
Ozark Season 4 Release Date Announced; Coming To Netflix In January 2022
Comment