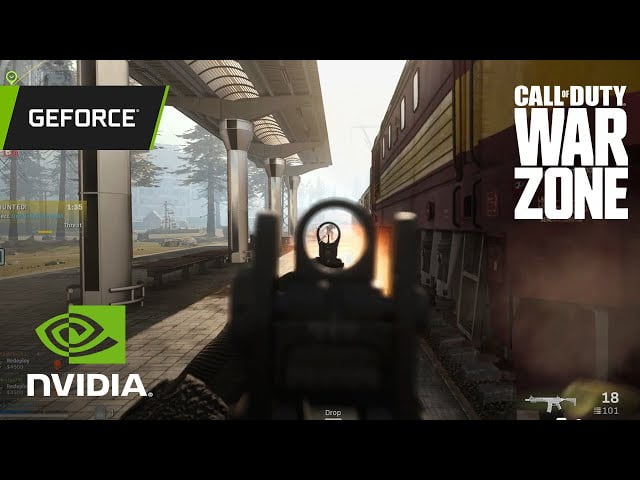 Call of Duty: Warzone recently got a major update that added support for NVIDIA’s Deep Learning Super Sampling (DLSS) 2.0 technology, boosting the performance of the game like never before. The technology brings a massive performance improvement of up to 70% in overall FPS.

Call of Duty: Warzone is a free-to-play battle royale video game released on March 10, 2020, for PlayStation 4, PlayStation 5, Xbox One, Xbox Series X/S, and Microsoft Windows. The game is a part of 2019’s Call of Duty: Modern Warfare and 2020’s Call of Duty: Black Ops: Cold War and was introduced during Season 2 of Modern Warfare content. Warzone is developed by Treyarch, and Beenox and published by Activision. Warzone allows online multiplayer combat among 150 players, although some limited-time game modes support 200 players. The game features both cross-platform play and cross-platform progression between three games.

The new 25.2 GB Warzone Season 3 update fixes few bugs, introduces new events and unlockable weapons, and of course, the DLSS support. Enabling Deep Learning Super Sampling (DLSS) in Warzone is not hard at all all you need is to make sure that your installation of Call of Duty: Warzone is updated, and the very latest GeForce drivers are installed on your system.

In the official performance details published by NVIDIA, it is shown that even with the NVIDIA GeForce RTX 3060, users are able to get more than 60 FPS at 4K resolution. For users running higher refresh rate monitors, they can expect over 100 FPS at 1440p and over 150 FPS at 1080p while playing the fast-paced battle royal shooter.DLSS can also process a sharper image compared to the native resolution.

However, some users are reporting visible artifacts and ghosting in Call of Duty: Warzone.

As to enable DLSS 2.0 in Call of Duty: Warzone, a GeForce RTX series graphics card is needed. These cards include:

A test-run done by Anthony Garreffa of TweakTown had system specs as below:

GeForce RTX 3090 card paired with the Intel Core i9-10900K with 32 GB of RAM and MSI MEG Z490 Unify motherboard along with the video settings set to maximum.

The benchmark scores he achieved are further attached: That shows us how Call of Duty: Warzone looks at 8K. NVIDIA’s incredible DLSS 2.0 technology when turned on, the game in Ultra Performance mode gets a noticeable boost, and the performance skyrockets up to 60FPS average.

8K 60FPS average is an incredible result but only exclusive to GeForce RTX 3090 graphics card so far, and also requires NVIDIA’s DLSS 2.0 technology to achieve it.

This is an incredible achievement for NVIDIA. Extracting this level of performance at 8K by NVIDIA and its flagship GeForce RTX 3090 seemed impossible. The tag line said “world’s first 8K gaming GPU” and they have really got there.