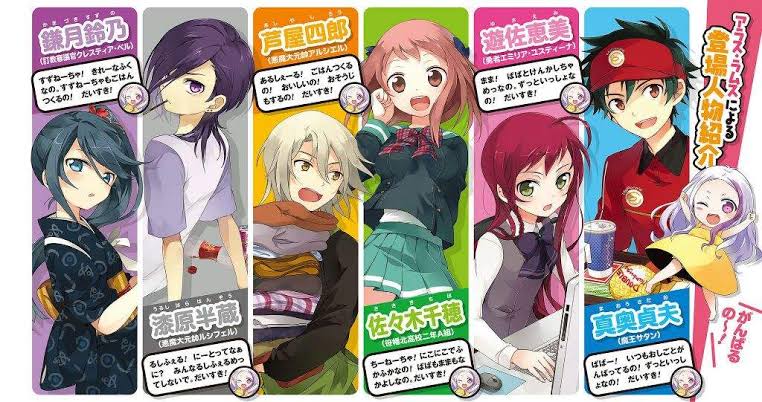 ‘The Devil Is a Part-Timer!‘ or ‘Hataraku Ma-Sama!’ is a reverse-isekai anime based on a Japanese light novel series written by Satoshi Wagahara and illustrated by Oniku (written as 029). It was released well before the current popularity of the genre. It utilizes well-worn isekai clichés and subverts them purposefully, resulting in natural and engaging humor. The fans are eagerly waiting for The Devil Is A Part-Timer Season 2.

The tale follows Satan Jacob, the Demon Lord of Ente Isla, who flees to modern-day Tokyo with his trusty general Alsiel after being soundly defeated by Emilia Justina and her armies. Following his arrival, Satan realizes that he possesses only a fraction of his original power and must now assimilate into these strange surroundings if he is to survive.

He then changes his name to Sadao Maou and begins working at a MgRonald’s restaurant, a local rip-off of the fast-food behemoth. But, as Sadao settles into his new life, he discovers that Emilia is also in Tokyo, working as a call center representative under the name Emi Yusa. Fans have been looking forward to the debut of season 2 of the anime since the first season ended. Season 2 of The Devil Is a Part-Timer is set to premiere!

The Devil Is A Part-Timer Season 2 is coming, but we don’t know when.

While the anime’s long hiatus, which began in 2013, left viewers wary of a series revival, The Devil Is a Part-Timer! Season 2 has been officially announced. Fans of the reverse-isekai rejoiced when the news was unveiled on March 6, 2021, at Kadokawa’s Light Novel Expo. To ensure a steady anime continuation, the whole cast of Season 1 is scheduled to return for Season 2.

Season 1 only covered the first two volumes of Satoshi Wagahara’s popular light novel series, so the anime still has plenty of material to explore. Season 2’s release date has yet to be announced by White Fox Studio, however, it is expected to appear in 2023. While waiting for an official release date, fans can watch the Season 2 trailer, which features a new art style, to get ready for The Devil Is a Part-Timer’s long-awaited return! What Could Be the Plot of Season 2?

Sadao has used practically all of his magical abilities piecing Tokyo back together after his battle with Sariel, according to the season 1 finale. A purchase scheme victimizes Lucifer or Hanzou Urushihara. Emi goes with Sadao to the store to request a refund and discovers that Alsiel (or Shirou) is now employed there.

Through the cooling-off process, Emi eventually gives a solution. Sadao and Shirou go out for a celebration supper at the end of the episode. Sadao is stranded in the rain in the epilogue until Emi arrives and provides him an umbrella in exchange for the one he gave her previously. Their connection has clearly improved. They don’t have a romantic relationship, at least not yet, but they genuinely care about each other.

The original light book has come to an end. As a result, the producers have a lot of material to work with in order to construct a multi-course season 2. For Season 1, just the first two volumes were adapted. Season 2 volume 3 and onwards may be adapted into anime.

When Will Black Clover Chapter 310 Release; Latest Updates 2021
Attack On Titan Season 5 To Release In 2022 Or Season 4 Is The Finale?
Comment