‘Ted Lasso’ Season 2 is finally over with a mind-blowing final episode. The whole program is very focused on how everyone associated with Richmond tries to win over their own challenges and become their best version. That’s what’s always talked about in this show.

In the Ted Lasso Season 2 Ending, we saw Sam Obisanya (Toheeb Jimoh) play to the best of his potential and score a goal in a crucial league game. Just right after the match was over, a guy called Edwin Akufo (Sam Richardson) meets Rebecca and proposes her a lot of money for Sam. Akufo desires to own Sam and grab him back to Africa so that a potential athlete like him can represent his own country.

The last episode sees Rebecca, Higgins (Jeremy Swift), and Keeley (Juno Temple) discussing the transference. They feel that Sam is the one to give the final word and that he should be the one to think about all this. Sam does some talking with his dad who also believes that the almighty will give some sign about whether he should leave Richmond or not. The last game in the league shows Richmond setting up their place in the premier league by going against Brentford and making it a draw.

Winning the match makes him perceive the mutual importance between him and the team. He decides not to leave Richmond and tells Rebecca that he is gonna stop overthinking how others are feeling about him. He doesn’t leave because this is the most suitable thing for him and the life ahead of him.

But again, Nathan (Nick Mohammad) became totally insane after Richmond made the match against Brentford a draw. He thinks that ted doesn’t have anything in him to be a coach. But after seeing that everybody liked him, he leaves with tremendous frustration. So, Ted Lasso Season 2 ending shows us that somebody leaves Richmond after all. But it’s not Sam. 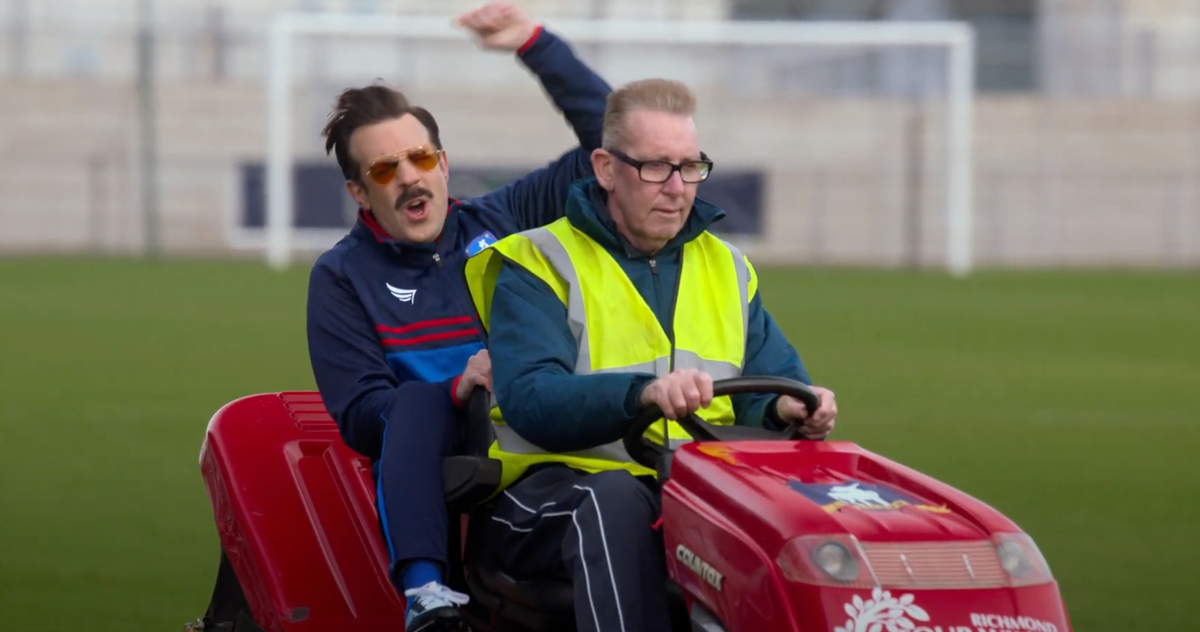 Also Read: Ted Lasso Season 3 Release Date; Will It Be The Series Finale?

In the last episode, we see, Keeley has got the news she is now able to set up her own PR company. She worries about how she will be able to tell Rebecca. But surprisingly Rebecca feels happy about it after she tells her. Although they both cry, they give their words to each other that their friendship won’t ever be hampered. Ted Lasso Season 2 ending showed Keeley clearing up in her office when Roy came to meet her. He is proud of her and has arranged a six-week vacation. The couple will enjoy the holiday and make their bonding firmer. However, Keeley’s negative response leads Roy to believe that she is ending things up with him. But Keeley shows the reason for her absence and why she is unable to go on vacation as she needs to initiate his next job within one week and she will not be able to go on vacation just after a week of joining.  Keely suggests Roy not waste the chance of enjoying the vacation as he never took a day off since he became connected to football. Nevertheless, things look cool between this couple till the end of Ted Lasso Season 2.