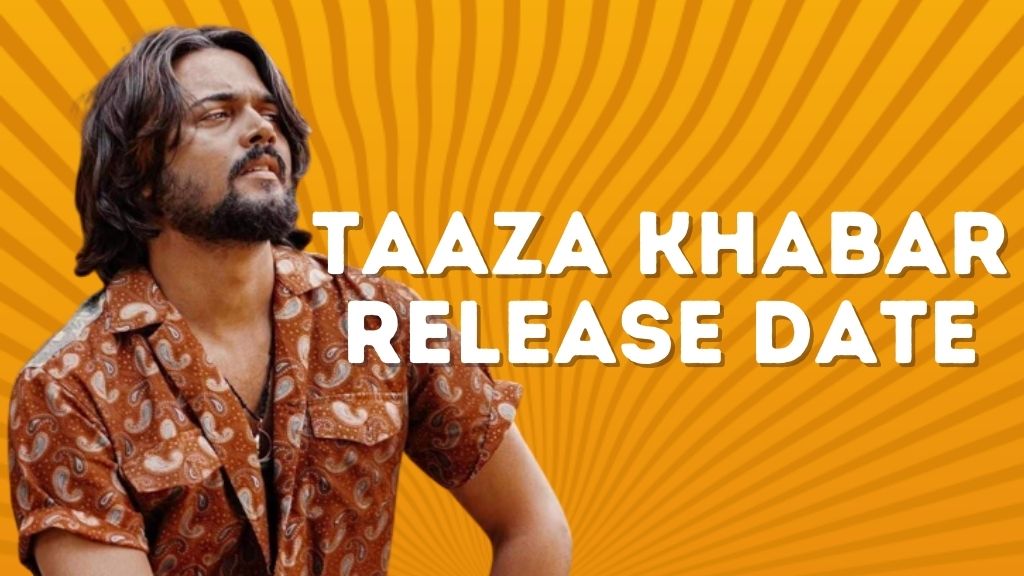 We are very familiar with the Youtuber Bhuvan Bam. He is one of the very popular YouTubers and he has a great fan base. Now, he is going to appear in yet another web series after Dhindora. The name of the web series is Taaza Khabar. If you are a great fan of BB ki Vines then you should watch the series. The show appears to be a comedy and takes place in the city of Mumbai. Continue reading to know more about Taaza Khabar’s release date and other details that you should know.

Fans are excited to watch Bhuvan Bam in his leading role web series named Taaza Khabar. Bhuvan Bam is one of the popular YouTubers whose videos are usually based on himself. He used to play various characters himself and his videos are comedies. The web series is based on a character named Vasant Gawde who is a sanitation worker, and his life gets changed as he can crack the news before it occurs. Fans have shown interest in this series. But, many questions are arising regarding Taaza Khabar’s release date and the plot of the series. If you want to know everything about this series, then you are at the right place. Taaza Khabar is going to stream on Disney+ Hotstar.

When Taaza Khabar is going to release?

What is the plot of Taaza Khabar?

The web series Taaza Khabar follows the story of Vasant Gawde, who is a sanitation worker, now he got magical powers where he can predict the future, but is it a superpower or someone is telling him about all these things before happening? We shall find out when the series is going to release. The series is created by Abbas Dalal and Hussain Dalal and the series is directed by Himank Gaur. Rohith Raj and Bhuvan Bam have produced under the brand BBKV productions. Bhuvan Bam is a well-known Youtuber. He started his YouTube journey in the year 2015 and his channel name is BB Ki Vines where he used to upload comedy videos of him playing different roles. The length of his video is about 2 to 12 minutes. Now, his channel has 25.6 million subscribers. Bam is also a songwriter and singer and has released multiple singles. After, achieving many things in his life now he is set to appear in a lead role in the OTT platform. Fans are excited to watch Bhuvan Bam in action in the series Taaza Khabar.

Fans are expecting that Bhuvan Bam will deliver a great web series as this is his debut series named Taaza Khabar. The series is going to release on Disney+Hotstar on 6th January 2023. The story is about Vasant Gawde whose life gets changed as he can crack news before it going to happen, just like future predictions. Fans are very happy to see Bhuvan Bam who is in a lead role in the series Taaza Khabar.