‘Succession’ is an American satirical drama TV series created by Jesse Armstrong. It premiered on June 3rd, 2018, on HBO and has been renewed for a Succession season 3 which is set to release on October 17th, 2021, on HBO.

As the name suggests, the show is centered on the dysfunctional Roy family, owners of their global media and entertainment conglomerate, Waystar RoyCo, who are fighting for control of the company amid tension about the health of the family patriarch, Logan Roy (Brian Cox).

The series has an ensemble cast that includes Hiam Abbas as Marcia Roy, Nicholas Braun as Greg Hirsch, Jeremy Strong as Kendall, Kieran Culkin as Roman, Sara Snook as Siobhan, Matthew Macfayden as Tom Wambsgans, and Alan Ruck as Connor.

Seasons 1 and 2 of ‘Succession’ had 10 episodes each and season 3 is expected to have 10 episodes too.

The trailer launch a few days ago left fans eagerly waiting for the season to release.  It introduced Adrien Brody’s Josh Aaronson and Alexander Skarsgard’s Lukas Matsson to us who both seem to be extremely powerful and exciting characters.

Set to premiere next month on HBO, the show will pick up where it left off with the Roy family’s unending drama after Kendall fired his tyrannical father Logan Roy in the season 2 finale.

Shiv Roy, Cousin Greg, Tom Wambsgans, Gerri Kellman, and Connor Roy made their presence felt in the trailer as well. Jeremy Strong, who plays Kendall Roy, has also teased fans with what’s new for his character next season. We can expect season 3 to be more “expansive and empowered”.

The question is, will it just be Kendall feeling empowered, or those who want to take him down too…?

The details are still under so as not to spoil it for fans but it’s pretty evident the Roys have gone into full-on war mode.

Brian Cox who plays patriarch Logan on-screen revealed that the new scripts are filled with killer plot twists and cliffhangers and packs a hard punch! 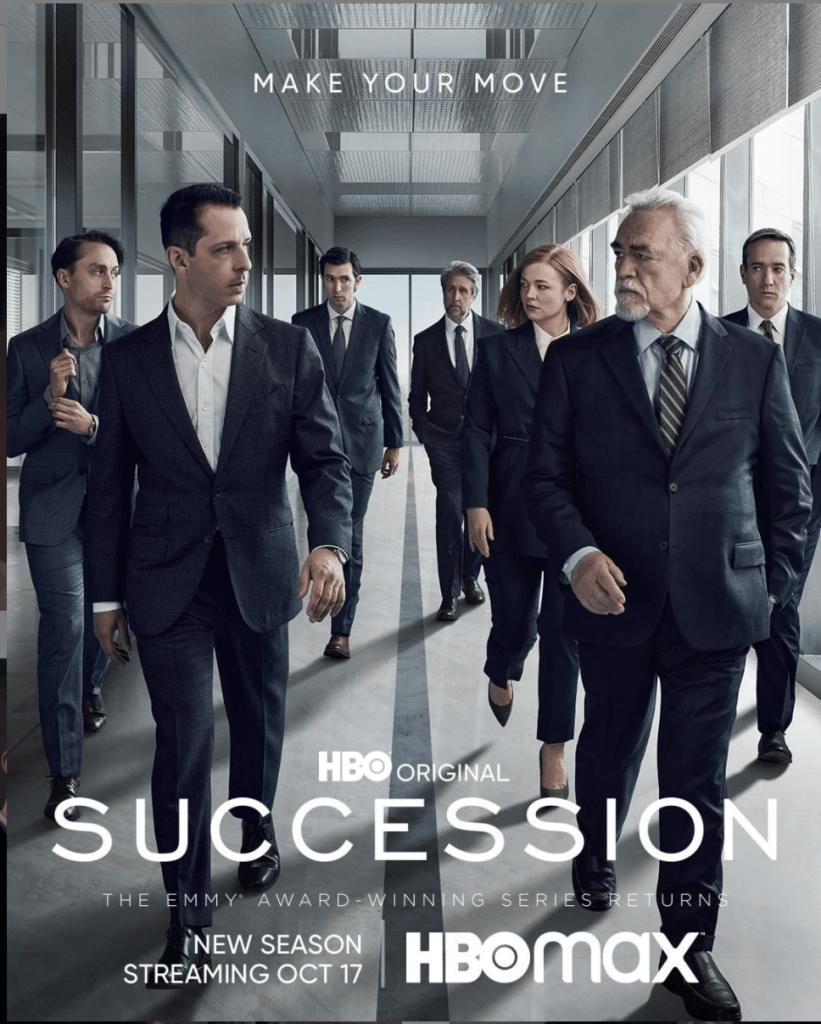 Besides that, the filming locations and settings are also going to be beautiful and extremely aesthetically pleasing this season which will hopefully balance out all the drama and intensity!

One of the main locations in the iconic Plaza hotel in New York City.

The Succession team reportedly shot in a selection of glitzy settings across the hotel, including the Palm Court, the Terrace Room, the Grand Ballroom, and the Royal Suite.

Where To Watch Succession Season 3

Catch ‘Succession’ season 3 on October 17th on HBO and HBO Max. You can also watch it on NOW if you’re a UK viewer.