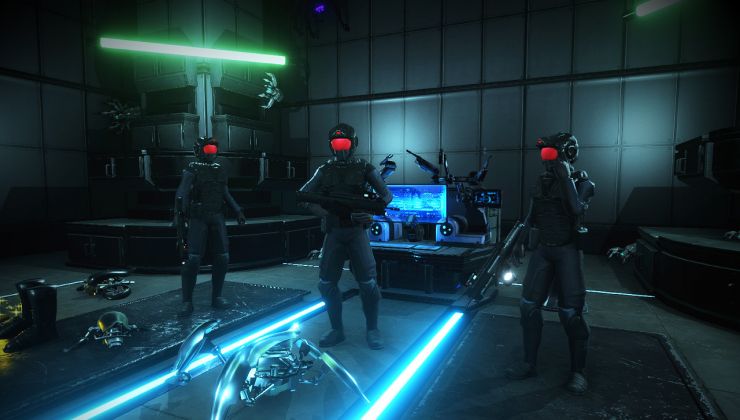 StarCrawlers Chimera, a highly customizable cyberpunk dungeon crawler, is being developed by the same team that created the fairly good StarCrawlers from 2017. “Personalize your abilities to fit your playstyle. Do you have the skills of a stealthy cyberninja? Is he a maniacal pyromaniac soldier? Void psyker with mind-bending abilities? Or… a little bit of everything? Create your character by choosing from one of 25+ skill trees, each with its own set of powers. Skill trees include a mix of fan-favorite StarCrawlers classes, weapon specialist trees, utility sets, and more – with more on the way!”

They’ve revised their Kickstarter campaign to say explicitly in the FAQ that Linux compatibility is planned for the game once it’s ready and feature-complete. So there will be no Early Access or Beta versions, but the whole finished experience will be supported on Linux.

The Kickstarter for StarCrawlers Chimera has begun!

I wanted to let you know that the Kickstarter campaign page for StarCrawlers Chimera is now open, and I urge you to check out what we have planned for the game. Also, don’t forget about the free demo on the Steam store website.

If you’re interested in the Kickstarter project, remember that your support can help us gain traction in the vital first days following launch, which means more development time and more stretch goals unlocked. If you do decide to support the project, do it within the first 24 hours of the campaign to have the greatest influence – and to receive the early bird backer benefits!

MINIMUM REQUIREMENTS FOR THE SYSTEM:

A 64-bit processor and operating system are required.

WHAT THIS GAME IS ABOUT

This is a good deal. It was a straightforward task. Infiltrate the Chimera organisation.
The Client wants you to discover Dr. Cerberus in the Chimera BioPharma compound.
This appears to be a decent idea for a morally ambiguous mercenary with unique capabilities and a need for credits.
Create a character from a range of skill trees based on the StarCrawlers universe, equip yourself, and dive right in. As you fight your way into the Chimera complex, increase your power and level up to uncover new abilities, gear, and secrets

The content is described as follows by the developers:

This game contains stylized violence, as well as optional drinking and drug consumption.