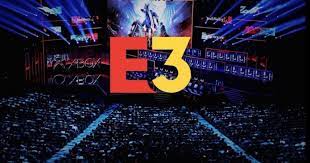 According to the latest reports, Bandai Namco Entertainment, Binge.com, Devious Eye Entertainment, Freedom Games, Gearbox Software, Sega, Square Enix, Turtle Beach, Verizon, and XSEED Games are all added to the list of exhibitors by the Entertainment Software Association at the E3 2021 virtual event.

E3, short for Electronic Entertainment Expo, is a trade event for the video game industry. E3 is organized by The Entertainment Software Association since the year 1995, where many developers, publishers, hardware, and accessory manufacturers are provided with a platform to introduce and advertise their upcoming games and game-related merchandise to retailers and to members of the press. E3 is now considered the largest gaming expo of the year by importance and impact.

E3 will be held virtually due to the ever growing pandemic. It will be the 26th iteration as the event was canceled last year due to the unfortunate pandemic. The cancelation of E3 2020 due to the Covid-19 pandemic had left it unclear whether E3 2021 would be held or not. A virtual event was planned at some point in the year 2020, but then due to some unidentified issues, the Entertainment Software Association decided not to go with it altogether.

Fortunately, this year’s event will be held between June 12 to 15, fully virtual and attendees will have an access to the publisher showcases, live press conferences, special events, and more.

These three hosts will provide commentary, interview the publishers and developers, and more.

Ubisoft has already confirmed that the Ubisoft Forward conference will be hosted as a part of E3 2021 virtually and is set to take place on June 12. At this conference, Ubisoft will most likely announce a fresh release date for Far Cry 6 and give a better idea about Rainbow Six Parasite.

People are still hoping for Nintendo to announce the release date of Breath of the Wild 2, some clips or details of Splatoon 3, and some updates regarding the Pokémon Diamond and Pearl remakes and Pokémon Legends: Arceus.

Warners Bros are expected to release a new trailer for both Suicide Squad: Kill the Justice League and also enlighten the fans a little more about the Gotham Knights.

Release dates of Final Fantasy 16, Forspoken, and Life is Strange: True Colors are expected to be announced at the 2021 E3 by one of the latest entries Square Enix.

A lot of expectations of fans from Bethesda to provide some details on Starfield and The Elder Scrolls 6, and also to clear out the recent confusion whether the games will be Xbox platform exclusives or it’s just a rumor.

All things considered, E3 is a big event and a very good platform for developers to showcase their work and get appreciation. We can definitely see some big updates and announcements at the 2021 E3.