The new trailer for the forthcoming Marvel Cinematic Universe film Spider-Man: No Way Home, will be up for the audience on Tuesday, 16th November of this year, as per the announcement of Sony Pictures. The reports also say that the trailer can be expected in several languages like English, Hindi, Tamil, and Telugu which is just like the teaser trailer back from August this year that swiftly broke the 24-hour viewing record of another MCU movie Avengers: Endgame. To be more specific, the exact release hour of this second trailer for Spider-Man: No Way Home is Tuesday, November 16 at 5:30 PM in Pacific Standard Time and 8:30 PM in Eastern Standard Time in the USA. That means the trailer can be delayed to 17th November in some parts of the world like India and some other countries.

The third installment of the Spider-Man franchise of Marvel Cinematic Universe, Spider-Man: No Way Home features the MCU Peter Parker (Tom Holland) who finds himself in a timeline that connects him with different multiverses meeting ‘Spider-Man’s and villains from the different universe (villains and heroes from pervious Spider-Man Movies) since a specific spell to protect the recognition of Peter, cast by Dr. Strange (Benedict Cumberbatch) goes wrong.

T-minus 24 hours until you get to see what they’re watching. 👀 New #SpiderManNoWayHome Trailer Tomorrow. @SpiderManMovie pic.twitter.com/9L8ZHdQTWA

Earlier, Sony Pictures posted a 36-second-long video on Twitter, with the cast members of Spider-Man: No Way Home, Tom Holland, Jacob Batalon, and Zendaya giving all kinds of expressions while watching the new trailer (probably) on their laptop. The caption was “T-minus 24 hours until you get to see what they’re watching. 👀 New #SpiderManNoWayHome Trailer Tomorrow. @SpiderManMovie.” Although we can’t be sure what was the actual content on their laptop screen, we can pretty much see that the content was something that can make us excited for sure (just look at our boy Jacob lol). Well… regardless of what it was we have no other option but to bite our nails till 16th (or 17th) November to discover what they are actually excited about. 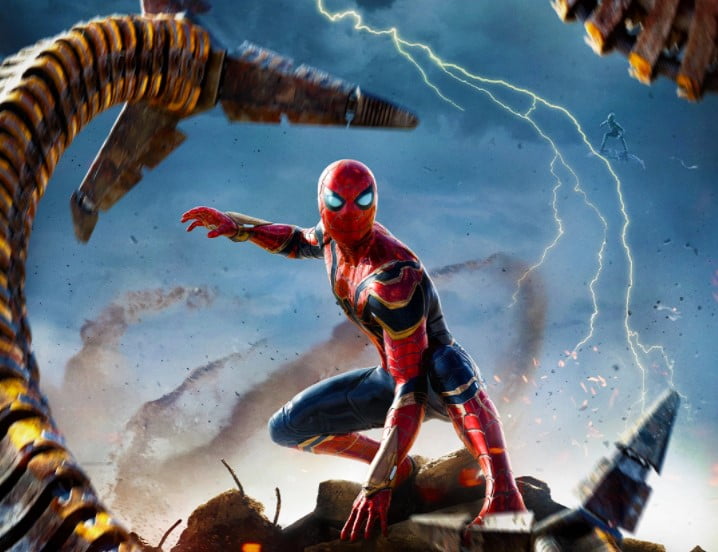 What Can It Be About?

So… coming to the possible content of the trailer, according to you… what can it be? Some badass action sequences and traditional comedy scenes like other marvel Trailers. Or are they gonna reveal some more about the possible heroes and the villains from previous movies? Like… you know, as the previous leak implies the existence of Toby Maguire and Andrew Garfield is kinda confirmed. But not officially declared. The same goes for Matt Murdock AKA Daredevil. So, keep your fingers crossed! A few hours remain for the new trailer of Spider-Man: No Way Home!