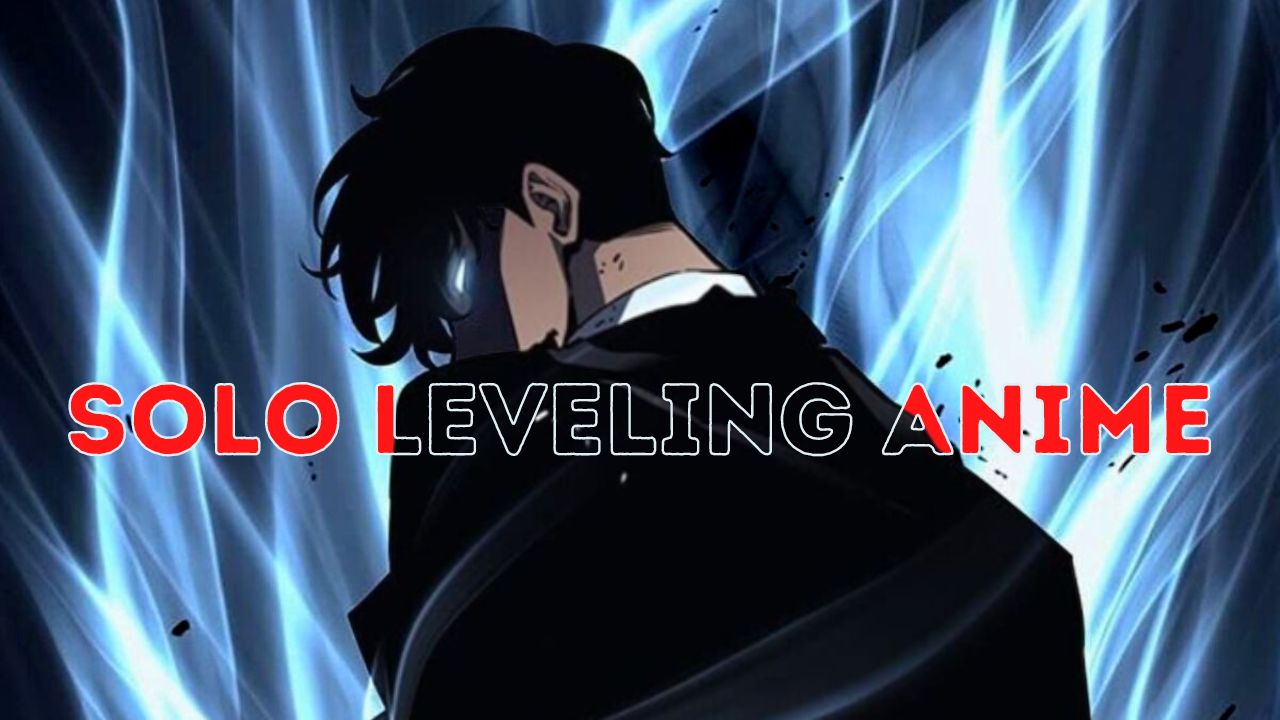 The terms like manga and manhwa have been ruling over the graphical novel universe of this world for many years now. The influence of this kind of Asian-originated comic story has risen all around the globe which has affected other marketing sales. And to be specific the market of manhwa has skyrocketed not only in South Korea but almost everywhere. Amongst all the manhwas that have been raging the top list of the manhwa world for all these years, Solo Leveling or I level Up alone is one of the best of its kind. After a long journey of 4 years, the manhwa has marked its ending point recently with 179 mind-blowing chapters. And now it is going to expand its universe with an official Solo Leveling Anime coming sooner than expected. The new year of 2022 has just set its journey forward and we already got some really good news that can make us go literally crazy. Guess what? Yeah, our beloved manhwa Solo Leveling is finally getting started with its own anime adaptation. And this news also confirmed that the production of the Solo Leveling anime has already started.

Jinwoo's about to become stronger than anyone ever imagined possible.

Will the story of the original Manhwa be changed for the upcoming anime?

As per reports and rumors, a lot of details from the original Korean Solo Leveling Manhwa will be changed in the upcoming Solo Leveling Anime. Other than some minor changes in the storyline, there will be some big changes like the name of the main character will be changed to Shun Mizushino from the OG Jin-Woo and the series of events will now take place in Tokyo, the capital of Japan instead of Seoul, the capital of South Korea. This has led to a huge number of minor changes in the plot of the anime as compared to the manhwa. Many fans think that this has led to delays in the production of the anime which is why the anime will release in 2023.

Speaking of reports, on a microblogging site in China called Weibo, an insider has given confirmation that the Solo Leveling Anime is getting official and the announcement of the release date is going to take place soon. Aside from this particular user, many other Twitter users have also commented on this topic, claiming this news to be absolutely true.

If these rumors are actually true, we can make some speculations that Studio Mir is going to be in charge of the production works. In this context, you should that Studio Mir is a studio that originated in South Korea and is well-known for its top-notch works in several popular animated series like The Legends of Korra and DOTA: Dragon’s Blood. As all the fans are already familiar with the events where the manga is adapted into anime, fans really wanted MAPPA or Ufotable to take over the production. But considering the anti-Japan factors in the story of this manhwa, that won’t be happening. Some webtoons such as Tower of God or Noblesse got adapted and licensed by the online streaming platform Crunchyroll.

Regardless, we don’t have any kind of official release date or details about the production in our hands. The publishers of Solo Leveling and D&C media have not yet disclosed any information about the adaptation, but judging by the hype, we’ll get some from the insiders anyways.

On the other hand, the world-famous South Korean K-pop band, The Boyz is appointed to release an original OST for the upcoming Solo Leveling anime. the release date for the OST is scheduled for February 2022.

When will the Solo Leveling Anime be released?

Now regarding the anticipated release date, as the manhwa is quite big, we don’t think the studio will cover the whole story in a single season. Considering there will be more than one season if the studio rushes their work, (without downgrading the anime quality like it was done with God of High School) we can probably get it in the 1st quarter of 2023! And if the creators don’t want to make it more suspenseful for the fans and decide to release it in one go… then good luck with your waiting, we ain’t gonna see it before the 3rd or 4th quarter of 2023.

In 2022 we had some great anime shows with new episodes airing every Sunday. If this trend continues in 2023 as well then 12th March sounds like a great time for the show to release. As it has been some time now since the manhwa ended and fans are craving to witness it on the screens. The creators are also very excited to deliver this most awaited anime project of 2023. And, the fans as well can’t wait for it to be released. We hope that the anime gets released in the 1st Quarter of 2023 as expected.

Who will be in Solo Leveling Anime?

Coming to the cast of the show, there have been several speculations about the voice actor who will portray the main character of the anime, Sung-Jin Woo. Some people are saying that the famous voice actor Mamoru Miyano will be voicing the character if the manhwa is adapted by a Japanese studio. Mamoru Miyano is famous for voicing the character Light in Death Note. And for the English version of the anime, there have been several rumors that famous voice actor Johnny Yong Bosch will be the guy. Jonny Yong Bosch is famous for voicing several characters like Ichigo (Bleach), Sabo (One Piece), Lelouch (Code Geass)

We need @johnnyyongbosch to voice Sung Jin Woo in the anime adaptation of Solo Leveling RT if you agree! pic.twitter.com/IX3GirU3GH

Crunchyroll has officially released the Solo Leveling anime trailer and it looks promising. The wait is almost over for the fans and it is officially confirmed that the anime adaptation of Solo Leveling will air on Crunchyroll in 2023. You can watch the trailer below and we are sure that you will not be disappointed. It is worth the wait.

The official Key Visual of the Solo Leveling Anime is already revealed teasing its release date in 2023 which makes the fans highly excited for its arrival. It is yet to be seen if the entire manga will be showcased in a single season or if it will get divided into seasons depending on the manga arcs. However, is the most ambitious and most awaited anime in recent times, and the trailers and the key visuals look very promising.

Recently Some new concept art for the Solo Leveling anime series was dropped by Shonenleaks. On 4th December 2022, the Twitter handle of Shonenleaks posted the regular battle designs for Cha Hae-in and Sung Jinwoo. By the looks of the concept art, it seems that the anime will start with Jinwoo in his younger stage and will slowly move towards adulthood as the story of the anime proceeds. This makes a lot of sense given the art suggests that Jinwoo will be portrayed as a young guy rather than an adult man.

Is the Solo leveling Story Over?

Yes... after releasing 179 consecutive chapters, the journey of Solo Leveling has come to an end. In the last chapter, we have seen that the Shadow Monarch has descended on the earth where magic is not a reality. His subordinates from his previous life are living a normal life here and he meets his love interest Cha Hae In and that's where the story ends.

Does Sung Jin-Woo have a child?

In time, Jinwoo would warm up to Cha and their romantic feelings became mutual, with the two of them going out on their first date shortly after an S-Rank Gate spawned in Seoul. After Jinwoo used the Cup of Reincarnation and reset the timeline, he made it his first point to re-introduce himself to her. Their relationship would grow from there and they would eventually get married and have a son, Sung Suho.

Who is the Shadow Monarch?

Ashborn (아스본) was the King of the Dead and also known as the Monarch of Shadows. On the other hand, he was also the strongest among the Rulers and the Greatest Fragment of Brilliant Light.

Where to read Solo Leveling Manhwa?