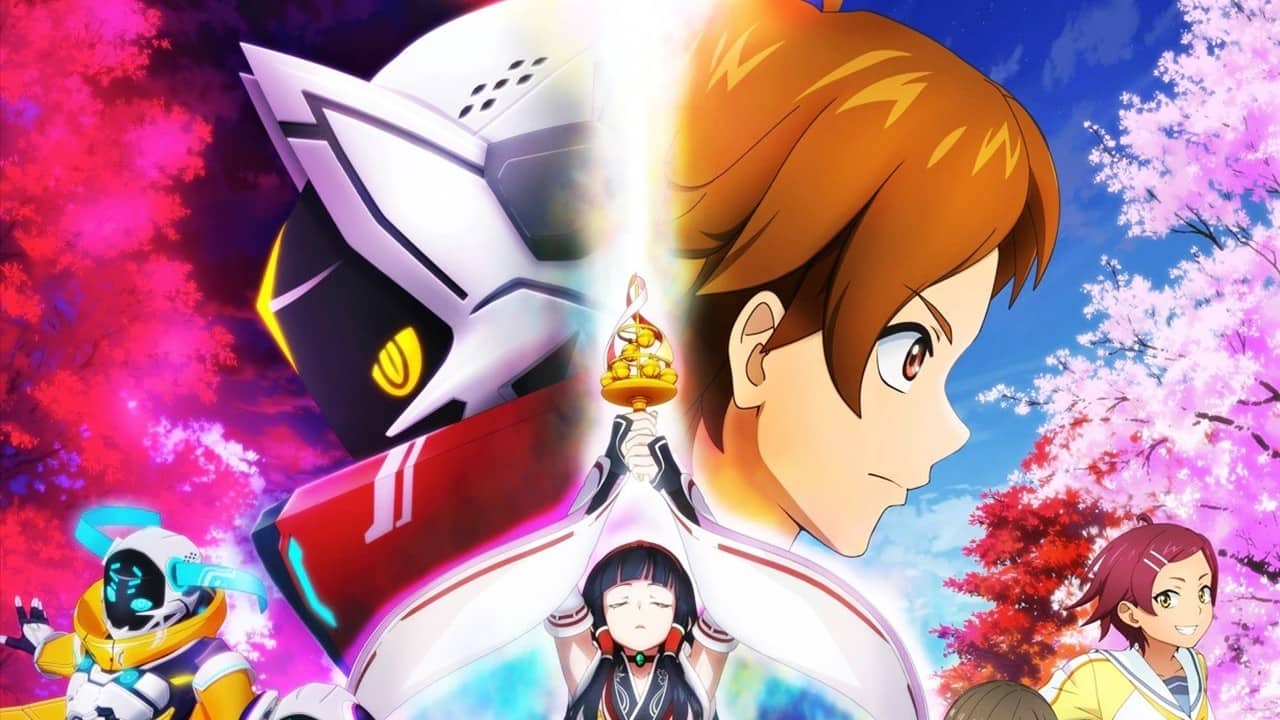 Shikizakura is based on the manga series of the same name by author Hayato Aoki. Publication of this series started on December 25th, 2020, and is ongoing to date. It is published by Futabasha in the Japanese seinen magazine Monthly Action. There is only 1 volume out currently.

The anime is directed by Shinya Sugai and Gō Kurosaki and written by Naruki Nagakawa. It is produced by Tomoyasu Nishimura. Music is by Takumi Saitou. The studio is Sublimation. SHIKIZAKURA CHARACTERS AND THE VOICES BEHIND THEM

The life of Kakeru Miwa, a regular high school boy is flipped upside down suddenly when he is faced with a supernatural threat when society is attacked by Onis. Onis are otherworldly demonic creatures who kill humans and eat them alive. The story follows Kakeru and his gang as they combat this threat to humanity.

Kakeru finds himself leading this fight against the Onis. Fortunately for him, he has received a suit of armor that can help him accomplish his mission: the Yoroi. As the war amongst species gets more and more intense, he joins a group of elite warriors who protect the world from the supernatural and other threats. Fans are eagerly waiting for episode 2 ever since the banging release of episode 1. Thankfully, the wait is not going to be too long! Shikizakura Episode 2 will release on October 17th, 2021. New episodes release weekly on Saturday, at 5:55 pm Japanese Standard Time (JST).

It is titled “United Front / Tag”.

The Shikizakura episode 2 trailer is here. As you can see, it is set in their high school. There are English subtitles for non-Japanese-speaking viewers as well. It is expected to have a lot of suspense, thrill, mystery, and action!

You can check out the trailer here-

Anime TV shows and movies have a huge fan base, not just restricted to Japan but spread throughout the world! Japanese culture and Asian culture, in general, are gaining more and more impetus these days and shows like Shikizakura manage to amass huge fan bases.