The romance drama series “Sex/Life,” presented by Netflix, features a married woman Billie, who gambles on her settles married family life because she takes an interest to fulfill her wildest sexual fantasies. Swinging between her sincere husband Cooper and her sexually captivating ex-boyfriend Brad, Billie gotta choose if she wants to stay as a loyal wife and mother and carry out her duties or wants to dive blindly into the world of deepest desires of her youth. Serialized by Stacy Rukeyser, this series is mildly adapted from the novel “44 Chapters About 4 Men,” written by B.B. Easton. The first season of “Sex/Life” was broadcasted on popular online streaming platform Netflix on 25th June of this year. The first season consisted of 8 episodes each having a watch time of 48 minutes on average. Now as the first season is out for all, let’s have a little chat about “Sex/Life Season 2.” 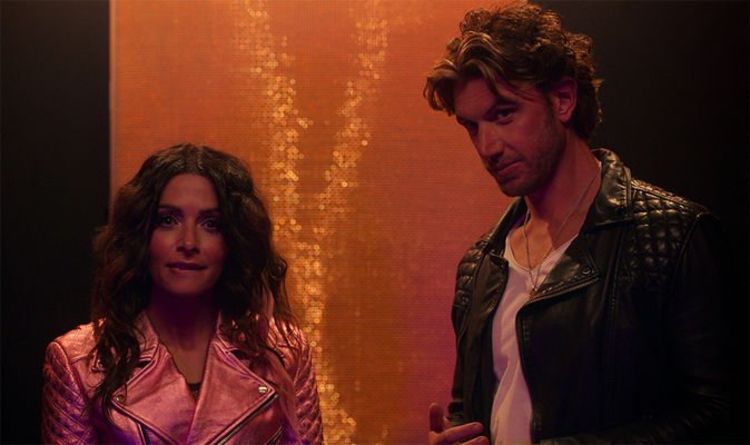 So… what about Sex/Life Season 2? Cheer up! We have some really good news for you. A few days back, on 27th September this year, the streaming giant publicly declared that Sex/Life Season 2 is gonna happen for sure. However, as the process hasn’t even started yet, there’s no official release date available for now. Taking the fact that the first season took about 11 months for shooting and post-production works due to the pandemic situation, into consideration, we can say that it’ll take a while for Sex/Life Season 2 to appear on our digital screens.
it can be assumed that Netflix will wanna have a year of a gap between two seasons (at least) if they wanna continue with an 8-episode project. So, it’s probably gonna be available sometime in the 2nd or 3rd quarter of 2022.

Although it’s expected to see some new faces along with the old ones, the cast will be as follows:

After seeing the ending of the first season where Billie is staying married to Cooper but also having a wild relationship with Brad and the fact that Cooper gets to know that Billie is being disloyal, there is no doubt that Sex/Life Season 2 is gonna focus on Billie’s triangle relation with Cooper and Brad. It’s also in our expectation to see how Cooper will react to Billie’s disloyalty. Francesca, Cooper’s boss, who is interested in Cooper, can play an important role this time.

Sasha’s relationship and her future plans can be pursued, along with Billie’s return to studies. Will Billie’s married life turn into a nightmare because of her desire for sexual freedom? Will Billie have to choose between stability and satisfaction? Will her children be exposed to her unloving life? There is also the possibility of Billie passing on her need for men, embarking on a journey of self-discovery and self-confidence. We’ve got no other options besides biting our nails for Sex/Life Season 2 to find out!