Skip to content
Home Celebrity Ryan Reynolds to be HONORED with a Street named after him; Everything to know 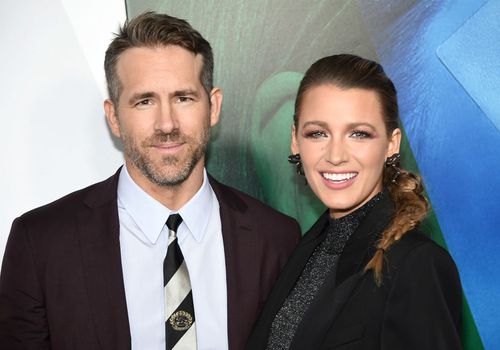 Ryan Reynolds has been honored with a street to be named after him in the capital of Canada, Ottawa and the news has been very good news for Ryan Reynolds and his family.

Ryan Reynolds is originally from Canada but often by many people he is thought to be an American actor. Ryan Reynolds has shown lots of love to his hometown. Reynolds and his wife, actress Blake Lively, have been continuously making charitable contributions for people in Canada.

It’s clear that Ottawa has a special place in Ryan's heart – and in his honour, I’ll be bringing forward a motion later today to have a street named after him.

Ryan Reynolds Way will be located in a new subdivision in the east end. Look forward to seeing it open soon! pic.twitter.com/W1QNtoOgwK

Ryan Reynolds has been known to play the role of Deadpool and also has done many movies his recent movie home was The Hitman’s wife’s bodyguard. This comes out after Ryan Reynolds helped Canada in a public service message. Messages which lead all over Canada that told people should come out and get vaccinated in case they have not gotten vaccinated till yet.

His family also came for an ad which was telling that everyone should stay safe and how they can help each other out during this pandemic  Ryan Reynolds also did many small ads which featured tell him how people should stay away from each other from six feet apart. And how they should wash their hands and what are precautions they should be taking when they go outside. Considering all the things that Ryan Reynolds and his family have done for Canada, the people of Canada and the Council of Canada have decided to name a street after him that they told that will be ready soon. The capital of Canada is Ottawa and how they want to. Ryan Reynolds to be there and also be inaugurating it.

It is not the first time that Ryan Reynolds has been awarded, something he previously has been awarded many film awards and many shows he has hosted also. So his list of achievements keeps on growing every day.

According to Screenrant, the actor recently raised over $850,000 for the SickKids Foundation which supports Toronto’s Hospital for Sick Children. Blake and Reynolds have also donated $250,000 to Influence Mentoring, a Canadian group known for aiding Indigenous students to ‘eliminate educational and employment gaps. Last year, Ryan was also honored with the General’s Performing Arts Award in Canada for his past performances. The celebrity duo has even partnered with Ottawa Public Health to encourage vaccinations.

While after hearing the news that the Street has been named after him in Canada, Ottawa. Reynolds jokingly tweeted that he will be naming one of his daughters, Ottawa, from now and he will be calling them Ottawa only. Reynolds love to joke about things and he has been known to have a joking relationship with many of the stars in many of the people he has been working with. The street that will be renamed in Ottawa will soon be accessible for the people and the government will let them know. Mir announced the road will soon be available for people to go through from there.