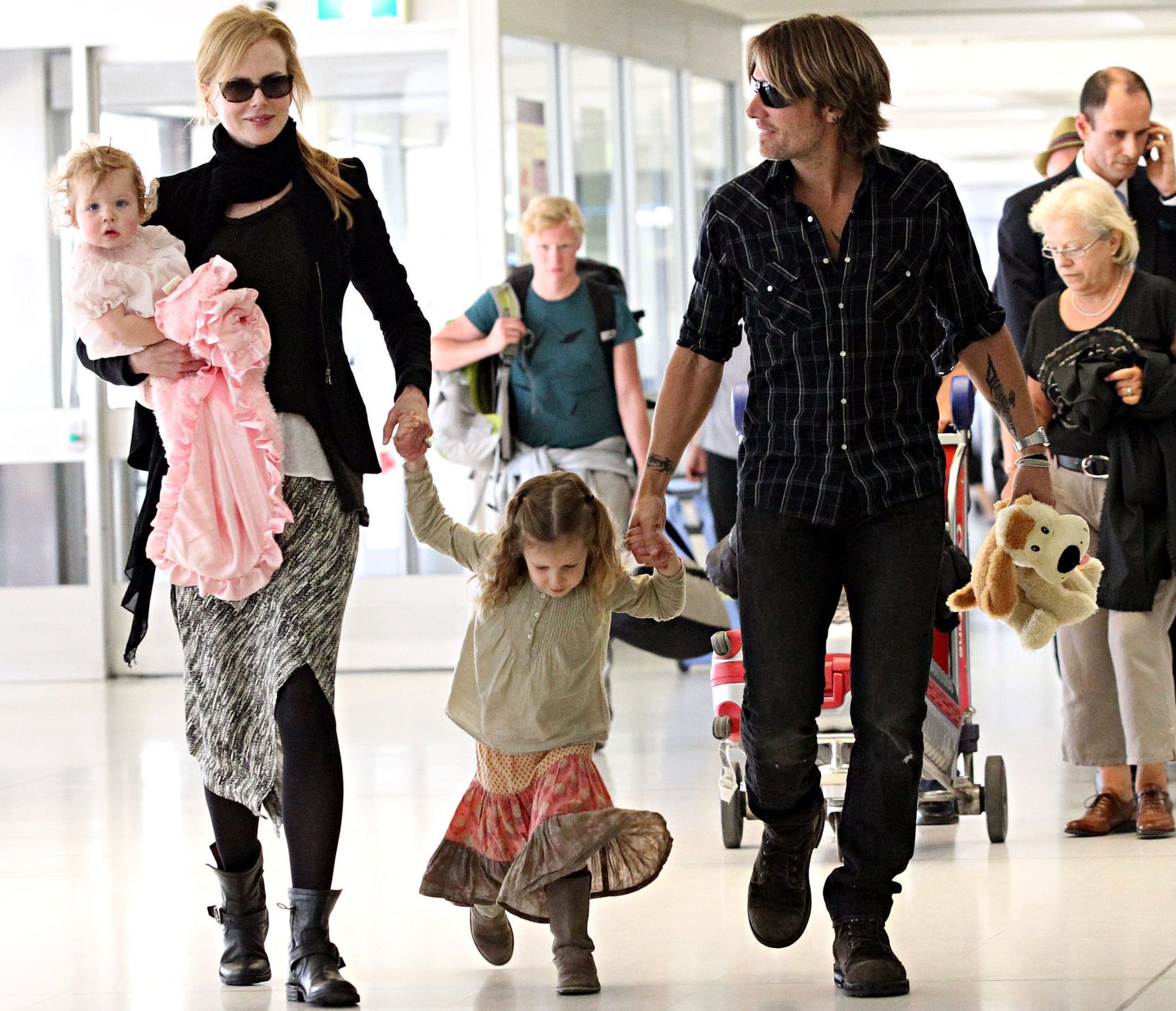 Nicole Kidman and Keith Urban, yet another Hollywood star couple are supposedly planning on bringing a third child into their family via the process of adoption.

Is it true or can this be categorized as speculation? Are they even considering adding another member to their former four-member family? Continue reading further to get access to everything we know about the couple snd the source of this news. All About The Two!

Nicole Mary Kidman known for her role of Virginia Wolf in the movie The Hours got married to Get Closer fame Keith Urban. The actress got married to the singer five years after the divorce from Tom Cruise. The two met for the first time in 2005 at G’Day USA Gala that was held in Los Angeles. The next thing we know is that the couple got married in 2006 in June. Two years of their married life resulted in a pregnancy and the couple welcomed their baby daughter in 2008 in July. Their first child was named Sunday Rose. The year 2011 marked the welcoming of another child that was born via surrogate in Late December that year and was named Faith. The couple from then onwards have been quite happy with the way that their married life is proceeding and are often seen posting and celebrating their anniversary. In the years 2017 and 2018, one too many singers were seen posting on the occasion of their anniversary and wishing her wife on the event.

Two years back the couple was seen celebrating their love on a vacation tour in Sydney. The couple often praises and brags about the bond they share and how lucky they feel to have each other’s support and love wherever and whenever needed. In a recent interview, the singer shared the beginning of their love story and stated that during the event, he was given Nicole’s number and how he thought to himself that this was just not true and there’s no way that the actress is interested in him. Adding to this the fuse album fame said that it was him who took time to reciprocate back as he was not in a relationship mindset back then.

But where did the news of the couple adopting another child take such a market? Well according to “WOMAN’S DAY” the couple is not only thinking of welcoming another member to the family but even have finalized everything including the paperwork. The article continued further and even stated that a source has confirmed this adoption and the family is quite excited for the same. Although Kidman was always eager for another adoption, it was urban who needed some convincing. Adding to all this the source stated that amidst the love that the couple shares, they are crazy and excited for the third baby along with the two daughters who too are as excited to welcome their next other or sister. Are They Welcoming Another Member?

But the official confirmation of any kind has not been given from the couple itself or as a matter of fact from a highly reliable source. For now, the Eyes Wide Shut actress is busy in the promotions of her latest release Being the Ricardos and we just have to keep our eyes and ears wide open for any official confirmation.