Hellboy was one of the most appreciated movies. Actor Ron Perlman was highly praised for his role in the movie. Now it is expected that he will be a part of the movie Hellboy 3. Let’s read more details in this article. Ron Perlman is 71 year old. He feels that he is too old to play any role in the third installment of Hellboy.  In a recent interview, he was asked if he was excited about the third Hellboy movie. To which he replied that he is too old for this. But he owes one to his fans. Ron Perlman is best known for his role of Hellboy in the movie Hellboy and the sequel movie Hellboy II: The Golden Army. The first installment of the movie was released in 2004. It was based on Hellboy: Seed of Destruction graphic novel. The plot of the movie revolved around a beast turned superhero Hellboy. His job is to keep the world safe and keep away the paranormal threats. Hellboy featured Ron Perlman starring as Hellboy, alongside Selma Blair, Jeffrey Tambor, Karel Roden, Rupert Evans, and John Hurt. The movie did a business of USD 99.8 and was one of the best movies of that year. While the sequel of the movie Hellboy: The Golden Army was released in 2008. The movie was appreciated by and as well as critics. The star cast of the movie included Starring Ron Perlman, Selma Blair, Doug Jones, Jeffrey Tambor, and John Hurt. The second movie was based on the fictional character of Hellboy. Both these movies were written and directed by Guillermo del Toro. Ron Perlman is still remembered by his fans for his amazing portrayal of the character of Hellboy. 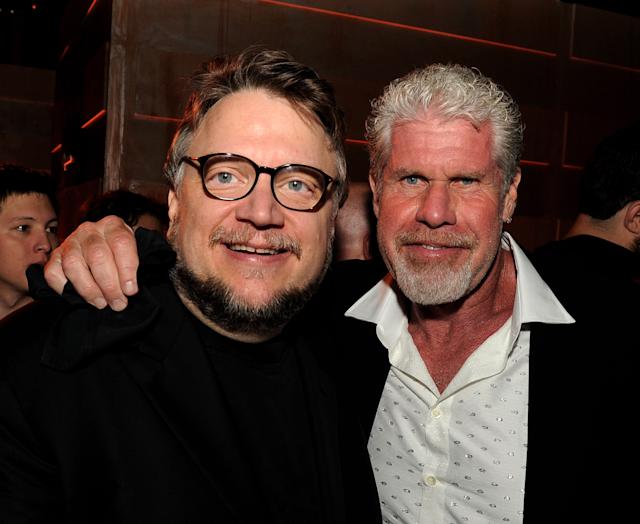 Another Hellboy movie was released in 2019. However, this movie was made without Ron Perlman and Guillermo del Toro. This movie did perform really badly as compared to previous Hellboy movies. The movie received negative reviews from critics. Even fans didn’t like this movie at all.

In Ron Perlman’s recent interview he made it clear that he is old but he can still do it for his fans. He also said that if the director Guillermo del Toro is listening to his interview then he should think about the third party. Hellboy 3 would finally conclude the story of Hellboy and bring it to an end. Well, let’s wait for del Toro’s response to Ron Perlman’s statement. Fans are now excited for Hellboy 3.

Ron Perlman was last seen in the movie Don’t Look Up. The movie performed really well and the star cast included Leonardo DiCaprio, Jennifer Lawrence, Meryl Streep, Cate Blanchett, Rob Morgan, Jonah Hill, Mark Rylance, Tyler Perry, Timothée Chalamet, Ariana Grande, and Scott Mescudi. It is a science fiction movie released on Netflix in December 2021. The plot of the movie revolves around two scientists who want to make aware of a comet that can end human civilization. The movie got a positive response from the audience as well as fans and is also nominated for Golden Globes Awards this year.