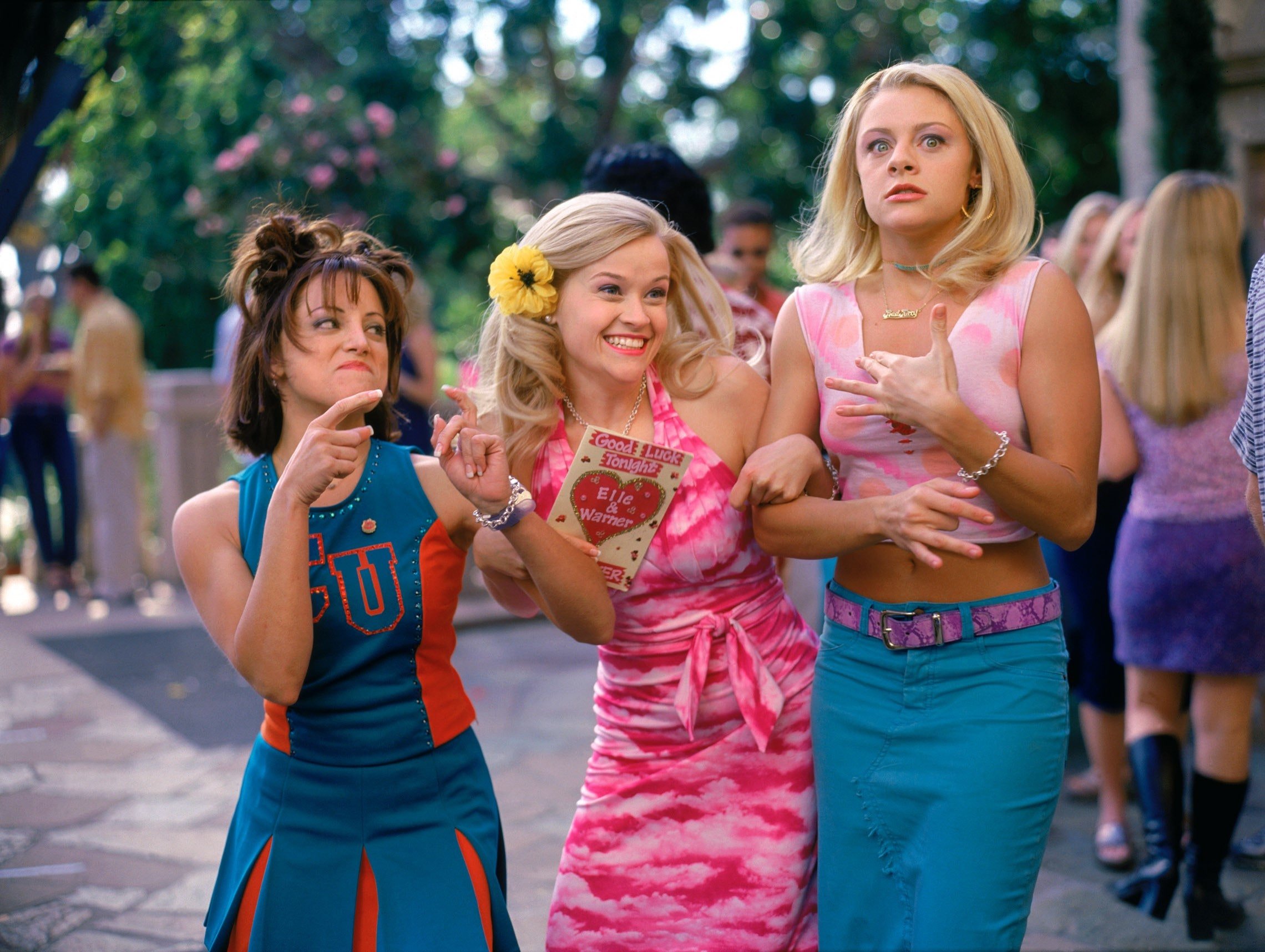 Legally Blonde is a 2001 American comedy film that was a huge blockbuster. It is spoken of until this day, almost 20 years later, and is considered one of the classics. It is impossible to think of the romantic comedy-drama genre without thinking of Legally Blonde.

It was directed by Robert Luketic and produced by Marc Platt and Ric Kidney. It featured huge names from the industry like Reese Witherspoon, Luke Wilson, Selma Blair, Matthew Davis, Victor Garber, and Jennifer Coolidge.

What Is The Story Of Legally Blonde?

Legally Blonde follows Elle Woods, Reese Witherspoon, a famous sorority girl from SoCal. When her boyfriend takes her to an expensive restaurant, she thinks he is going to propose to her, however, he had different plans! He breaks up with her because he is planning to go to Harvard Law School and doesn’t think Elle is serious enough. Elle is then on a mission to prove him wrong. She aces her exams and gets into Harvard as well. What follows is a riot of laughter and chaos until Elle finally gets her happy ending, although, not with whom she had thought she would have! The movie is based on Amanda Brown’s novel Legally Blonde. Legally Blonde was set at Harvard University in Cambridge, Massachusetts. However, it was not actually completely filmed there! It was filmed at USC, UCLA, and the California Institute of Technology. The original location they had in mind was not either of these places. The original setting of the film wasn’t Harvard either. It was Stanford University, California. But Stanford have a ‘no filming’ rule, because of which, the team wasn’t allowed to shoot there. If they had been allowed, it would’ve made sense because the characters and the author of the book herself attended Stanford University and it would’ve been apt since the whole book is set there. But this did not work out. Reese Witherspoon herself also attended Stanford University, but this didn’t move them to agree to let them film there, either. Stanford Broke Its ‘No Filming’ Rule For Another Project

Recently, however, the university broke their strict rule for another project- Issa Rae’s project ‘Insecure’. Post this, Reese Witherspoon revealed the real reason why Stanford was hesitant to let them film over there.

They are very particular about this due to year-round activity on campus and to protect the privacy of their staff and students. Almost 2 decades later, the university made an exception, shortly after which Reese Witherspoon revealed this. However, it was all fun and games and there was no bitterness in her tweet whatsoever. There shouldn’t even be, considering Legally Blonde was a huge hit anyway, irrespective of where it was filmed. Now, we can’t imagine Elle Woods going anywhere but Harvard! The movie will always have a special place in our hearts and will be passed on to our future generations as well. It set the standard for a lot of movies and who knows, maybe this was for the better?