Skip to content
Home TV Shows Ranveer Vs Wild With Bear Grylls Release Date on Netflix; Everything to Know 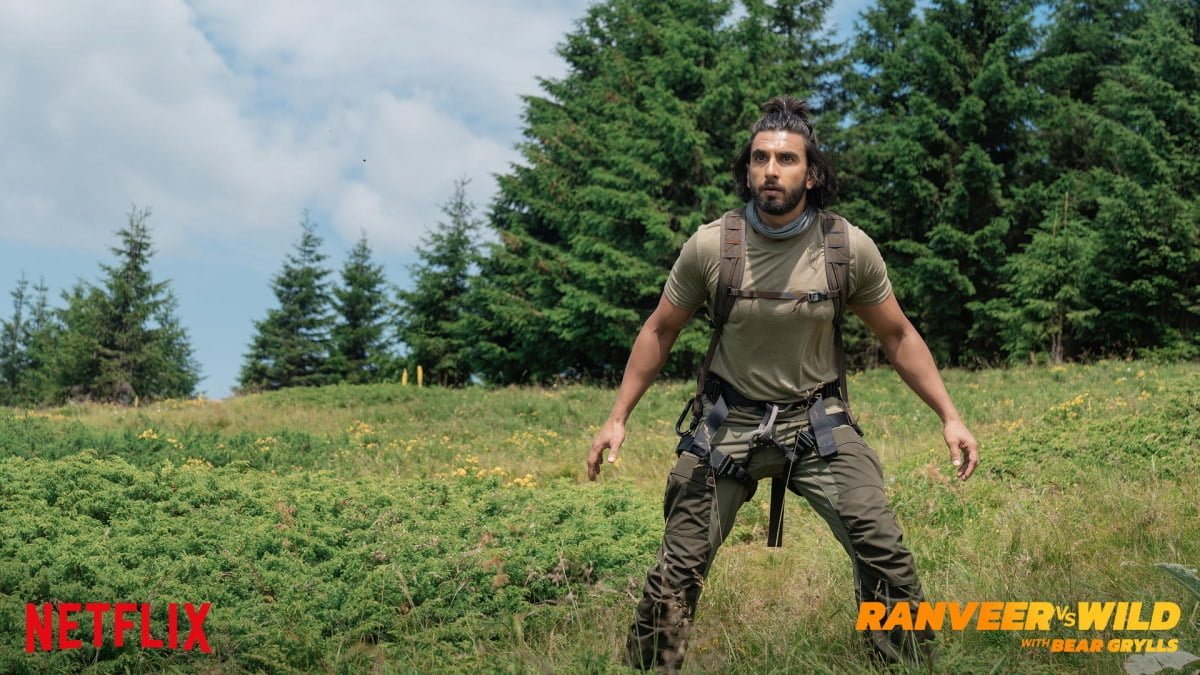 Ranveer Singh will soon be seen lost in a jungle and being chased by a bear in a new adventure-based Netflix interactive special, titled “Ranveer vs Wild with Bear Grylls”. The show will mark the OTT debut of Ranveer Singh where things will get extremely adventurous and exciting.

The talented actor who has marked his presence in the industry by playing serious character roles in movies like Bajirao Mastani, Padmaavat, and Gully Boy is running and using a grappling gun, flares, and crossing a jungle with the adventure junkie, Bear Grylls. After Rajinikanth, Akshay Kumar, Ajay Devgn, and Vicky Kaushal, Ranveer is the next Indian celebrity to get featured alongside Bear Grylls on an adventure-based show.

Ranveer Singh himself seems to be full of joy and excitement for this upcoming project and is regularly sharing teasers and tweets about the show. His looks and still from the show have made his fans go crazy and jump in happiness. The duo of Ranveer and Bear are getting lots of love and support from the fans even before the episode is released. 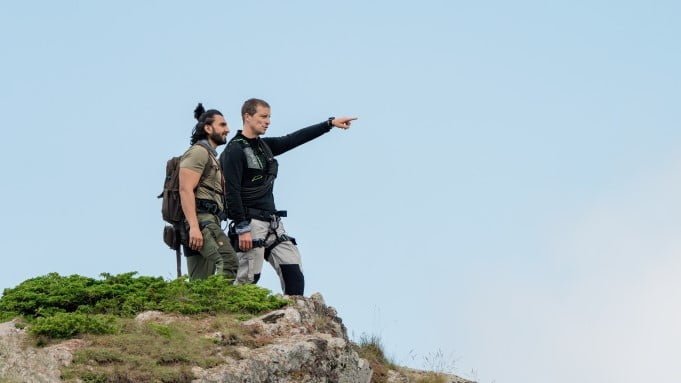 Ranveer Singh on Friday, June 24 launched the trailer of Netflix’s Ranveer Singh vs Wild with Bear Grylls which marks his OTT debut. At the event, the Bollywood star also spoke about his discussion with his wife and famous actress, Deepika Padukone, that he needs to have different experiences as an actor. He believes that he needs experiments in his career right now.

When asked about his OTT debut, Ranveer said, “Netflix gave good money so I was like let’s do it.” Singh also mentioned that once you attain success, you have AC in your house and car and you shoot in an AC studio with a five-star director and go back to sleep. This is the time when you need new experiences and when he was offered this project, he grabbed it with both hands. He feels it to be his comfort zone and something that can help him improve.

Talking about the format of the show, Ranveer mentioned, “Tumhari Bhabhi Ke Chakkar mein I attended an intellectual summit”, referring to Deepika. He was told there to up his game as now entertainment has to engage the audience. It has to be interactive to entertain people. The show is reportedly shot in Serbia, where Ranveer shared the lessons learned while working with Bear Grylls.

He said how one needs to be daring every time, even when fear stops you or limits you. You don’t have to stop from taking the next step. The lines “Don’t let fear have that control over you. It will stop you”, by Ranveer Singh have made his admirers love him more and believe him as their role model. Ranveer Singh shared the first teaser of Ranveer Singh vs Wild on June 9 that mentioned ‘Jungle jungle pata chala hai that things are about to get WILD!!! Toh safety-gear baandh lo, kyunki kabhi bhi, kuch bhi ho sakta hai.’. The way Ranveer promoted the teaser has helped maximize the reach of the show.

But Ranveer didn’t stop here. On June 10, he came up with another promo for the show calling it” Jungle Mein Mangal”. The promo has been loved by both Ranveer Singh’s and Bear Grylls’ admirers as Bear too, has been very popular in India with his show “Man vs Wild”. There are many Indian spoofs of the show available on YouTube.

The special episode is produced by Banijay Asia in association with The Natural Studios and portrays Ranveer on a thrilling date with nature, where he learns new survival skills. He is in the search of a rare flower for his lady love, Deepika Padukone, in the forests of Serbia. In the promo, Ranveer is heard saying, “Wolves, bears. Are there any tigers?” to which Bear replies, “No tigers here.” Ranveer Singh vs Wild with Bear Grylls is all set to release on the OTT Giant, Netflix on Friday, 8 July 2022 and the fans have been eagerly waiting for it. This episode can be a comeback for Ranveer Singh as his last three releases have failed at the box office. Ranveer was last seen in Jayeshbhai Jordaar which was an experimental project with a good storyline but failed to enter the hearts of his fans.

Ranveer has a full list of upcoming projects and is supposedly taken for almost 2 years. The talented star is full of energy and has defined himself as one of the best actors of this generation. No doubt! Ranveer is going to make a comeback with a bang. Until then, we have this special adventure-based show to watch and admire Ranveer over and over again.

Glow Season 4 Release Date: Is it Officially Canceled or Renewed?