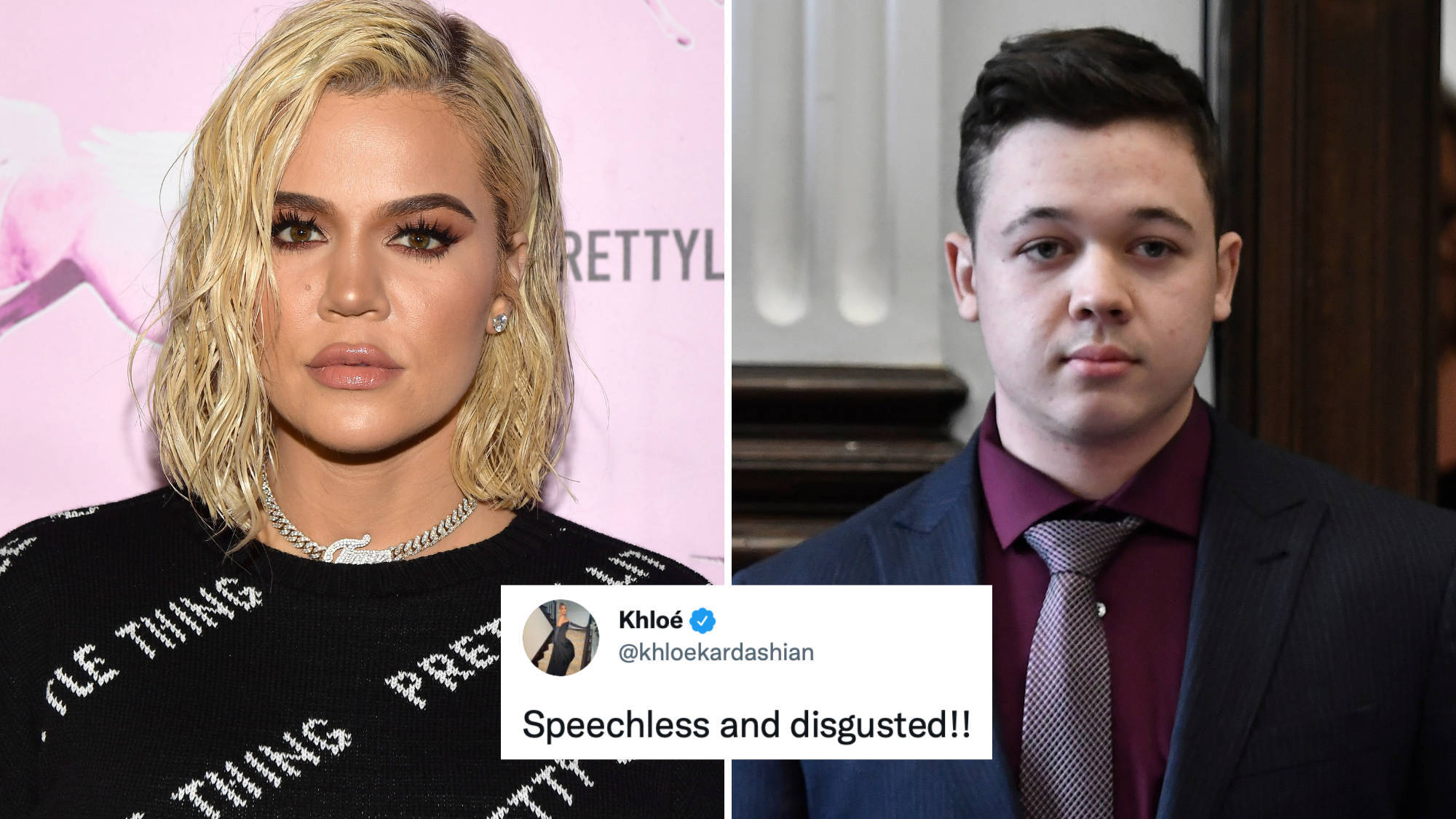 Khloe Kardashian on Saturday posted a vague tweet that read “Speechless and disgusted”. Though it wasn’t mentioned clearly what she meant and who she was referring to, netizens were quick enough to assume that the tweet is targeted at Kyle Rettinhouse after he was declared not guilty in 2020 Kenosha, Wisconsin shooting at a black lives matter protest by a jury on 19th November 2021.

Kyle Rittenhouse a 17-year-old boy was accused of shooting 3 people at Kenosha during the BLACK LIVES MATTER protest in 2020 which took a violent turn after George Floyd’s killing. Kyle was seen holding a semi automatic gun outside damaged property at Kenosha where businesses were burnt a day before by some violent Black lives matter protesters. Last week a U.S court acquitted Rettinhouse of all the charges put against him as the jury came to the conclusion that Kyle Rettinhouse acted in self defense and is not a murderer. Not just Khole but a lot of other people were not happy with the verdict and accused the judge of not handling the case properly. At the same time there was a group of other people who slammed Khloe for her silence on death of 10 people at Astword’s concert couple of weeks ago of which Travis scott Khloe’s sister’s boyfriend was a part. One person tweeted, “There are people who died in Travis Scott’s concert”. “Yes speechless and disgusted what happened at Travis Scott Astroworld concert so many innocent lives lost!!!!!” tweeted another critic, with yet another commenting, “Astroworld? Self created drama? A trial you didn’t watch? So many options.”

This is not the first tjime something bad has happened at Travis scott Concert. In 2017, Scott was arrested after he encouraged fans to bypass security and rush the stage, leaving a security guard, a police officer and several others injured during a concert in Arkansas. In a separate incident, he was sentenced to one year of court supervision after pleading guilty to reckless conduct charges stemming from a 2015 incident in Chicago at the Lollapalooza music festival. At the time, Chicago officials said Scott encouraged fans to vault security barricades.
At the same time people came into her support to. One user said,” “There are some evil people on this post. Wow! Let her share her feelings without being attacked” It is said that there were around 50,000 plus people at the concert which was way beyond the capacity of the arena and resulted in such a huge tragedy. Soon after the concert, Travis scoot has been slammed with dozens of lawsuits against him and the investigation is going on.

This is not the first time that the keeping up with Kardashian star Khloe Kardashian is facing backlash. She was slammed few days ago for sharing sexy pictures of her soon after the Travis Scott concert tragedy.

Khloe is silent on this entire social media war and has not released any statement in the matter. But this hasn’t stopped her from posting yet another sizzling topless picture on Instagram for her Good American brand.