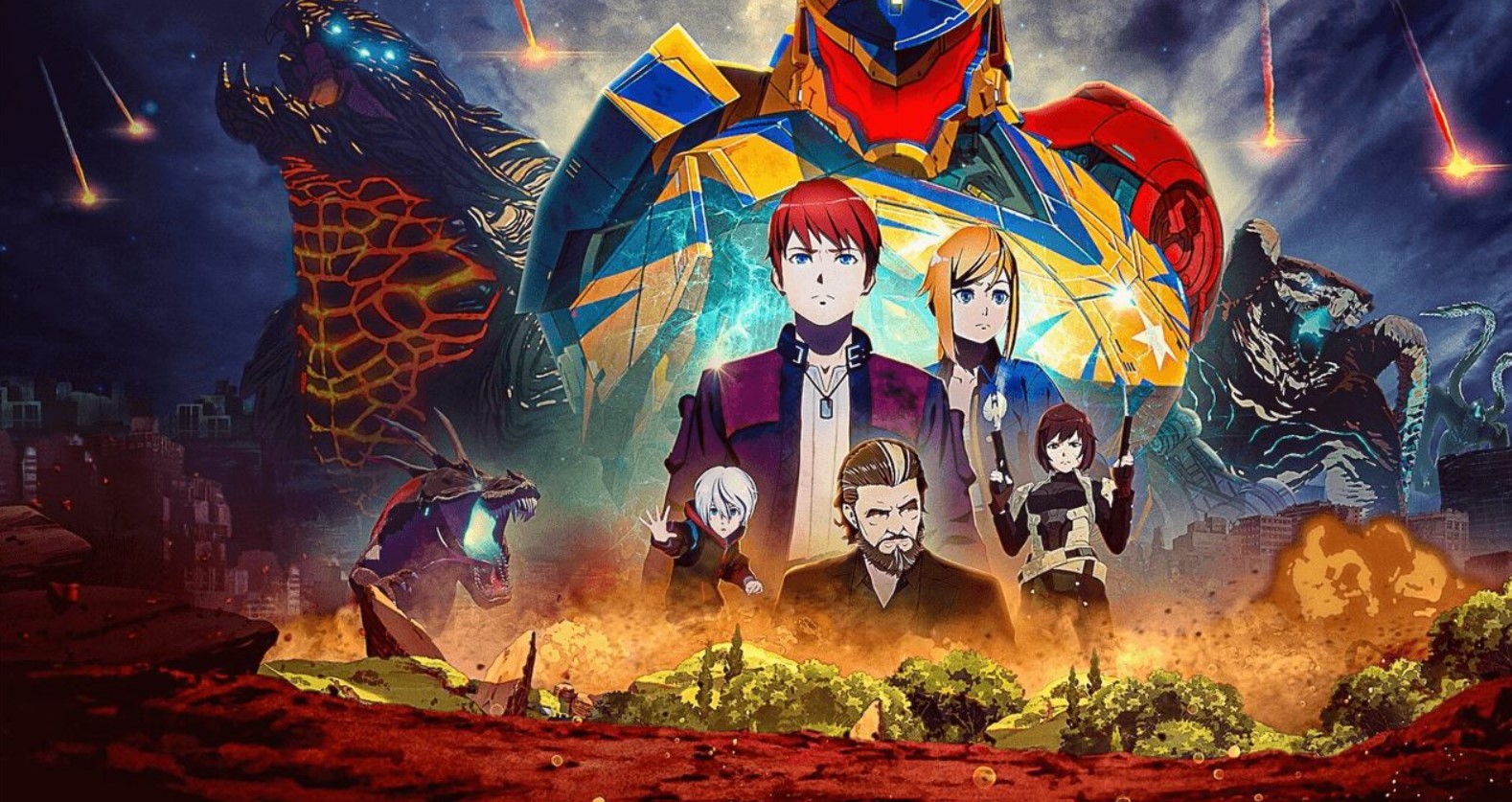 ‘Pacific Rim: The Black‘ created by Greg Johnson and Craig Kyle, is an anime chapter in the increasingly complex and diversified ‘Pacific Rim’ saga. Guillermo del Toro’s original film from 2013 was highly influenced by Japanese pop culture, particularly mecha and kaiju. As a result, the anime’s inclusion in this vast world feels only natural. So, when is Pacific Rim The Black Season 2 Coming?

Taylor (Calum Worthy) and Hayley Travis (Gideon Adlon), siblings who were separated from their jaeger pilot parents, Brina and Ford, when they were youngsters, are at the core of the tale. After a Copperhead kaiju attacks the scenic valley where they have been hiding for the past five years with other young men and women, the brothers pilot a training jaeger named Atlas Destroyer to narrowly escape with their lives. They come to meet a fascinating youngster with amazing powers as they trek across the barren terrain of a post-apocalyptic Australia.

‘Pacific Rim: The Black’ received great reviews after its release, with critics complimenting the anime for its beautiful animation, spectacular action, and engaging primary narrative. If you’ve finished binge-watching the first season and are wondering when Pacific Rim The Black season 2 will be released, here’s what we know. Elie Dekel, who was Legendary Entertainment’s Executive Vice President of Brand Development and Consumer Products at the time, said the anime show had been greenlit for two seasons and would premiere in 2020 at Project Anime, an international conference preceding Los Angeles’ industry-wide event Anime Exo. However, during the virtual Netflix Anime Festival in October 2020, the streaming service revealed that it will be available in 2021. Pacific Rim The Black Season 2 release date has yet to be announced, and neither the studios nor Netflix officials have spoken on the matter. However, given that the anime series ‘Transformers: War for Cybertron Trilogy,’ which is similar in themes and scope to ‘Pacific Rim: The Black’ and is also developed by Polygon, takes about five to seven months to release a new season, Johnson’s and Kyle’s show could release a new season after a similar interim period. pacific Rim The black Season 2 is expected to be released in late 2021. What Could the Plot of Pacific Rim: The Black Season 2 Be About?

The Travis siblings and Boy stumble into Mei in Clayton City in the season 1 finale. Brina and Ford are nowhere to be found when the siblings find their parents’ jaeger, Hunter Vertigo. They did, however, leave a note for the next person to enter Hunter’s cockpit, urging them to inform their children that they tried. The Copperhead kaiju is on the trail of the siblings, and when Boy appears, the youngster transforms into a kaiju himself. In the end, Mei and Taylor pilot Atlas to combat the kaiju before Hayley uses Hunter’s last nuclear weapon to destroy it.

Pacific Rim The Black Season 2 may show if Boy was created by the Precursors (or another group). The cult that sees Boy as the “Kaiju Messiah” may get some attention in the future season. We may also discover more about the relationship between Atlas and the Horizon crew.

Whatsapp CEO Calls Out To Apple Over Child Safety Tools Announcement, Accusing It Of Creating A Surveillance System, Here’s Why