The wait is finally over as Money Heist season 5 is all way ready to return to your screens with interesting plot twists and turns that will leave you in wonder. The series will be released on Netflix in two volumes. The first volume will be out on September 3rd, 2021, and the second volume will be released later on 3rd December later this year. Fans keep on wondering about the reason for keeping this gap between the two volumes, as it only leaves them super excited and curious to see what is cooked for volume 2. Creator Álex Pina promises the fans the 2nd volume’s series finale to be the greatest one!

“When we began to write Part 5 amid the pandemic, we felt that we had to change what was expected from the 10-episode season and used every tool we could to create the sensation of a season finale or series finale in the first volume itself,”  the creator and showrunner of Money Heist, Álex Pina said in May. “We decided to work in an extremely aggressive genre, putting The Gang on the ropes. In volume 2, we focus more on the emotional situation of the characters. It is a journey across their sentimental map that connects us directly to their departure.”

Pina also serves as executive producer for Money Heist season 5 alongside Jesús Colmenar and Cristina López Ferraz. Javier Gómez Santander is the head writer of Money Heist season 5. The hit  Spanish series is a production work of Pina-run Vancouver Media. The red jumpsuits are going to be  back in two days — and you will get to see them again before the end of the year in volume 2 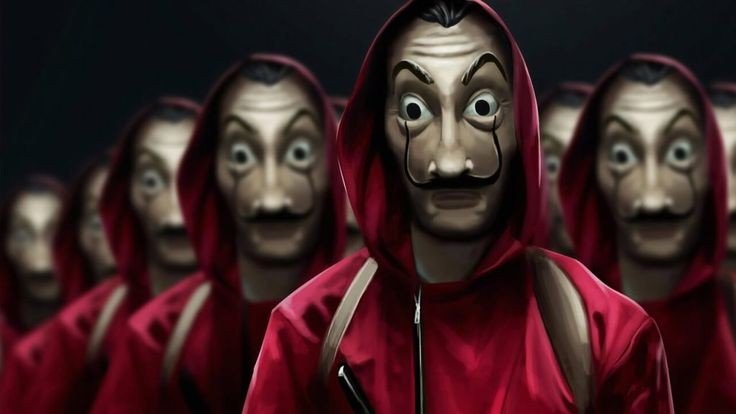 Talking about the last season we witnessed the season 4 finale ended on a major cliffhanger. The thieves, still so traumatized by Nairobi’s death, use Gandía to helicopter Raquel/Lisbon into the Bank of Spain. The police issue a warrant for Inspector Alicia’s arrest after she exposes her whole department during a press conference about Río’s torture. And while she’s on the escape, she figures out where the Professor is hiding. “Checkmate,” she says, firing off a single shot before the season ends.

In India, Money Heist season 5 will also be available in Hindi, Tamil, and Telugu only on Netflix.

The red jumpsuits gang has been shut in the Bank of Spain for over 100 hours. Though they have managed to rescue Lisbon, their darkest moment is upon them after losing one of their members. The Professor has been captured by Sierra and, as for now, the gang has no escape plan. Just when it seems like nothing else could go wrong, an enemy comes on the scene that is much more powerful than any they’ve faced: the army. The end of the greatest and the most planned heist in history is approaching its end, and what began as a robbery will turn into a war.

So be ready with your popcorn as this series finale is finally returning and will leave you jaw-dropped!