Megan Fox is widely known for her flair for playing the ‘mean girl’ in several films, including one of her most famous called “Jennifer’s Body“. She has been proved to achieve the look and character of what amounts to be the villain in movies that are usually referred to as “chick flicks” mostly for their drama component.

Megan Fox and Colson Baker, whose stage name is Machine Gun Kelly or MGK, have had a whirlwind romance following her split from ex-husband Brian Austin Green. Megan and Brian were married for 10 years till May of 2020, when the couple announced their split but had been separated since late 2019, according to the podcast that the latter hosts. They share custody of 3 children and the divorce which was finalized in late 2021 has seemed rather amicable. Fox shortly began dating Baker in June 2020 following her cameo in his music video “Bloody Valentine“. During the shooting of this video, Fox claims, she felt as though she had found her twin flame instead of soulmate, and believed that they are two halves of the same soul. Fox says that twin flames are higher ascended than soulmates and have deeper connections when compared to the other. The two have not been afraid of the limelight on their relationship even though they have kept several details on a personal level. The relationship was confirmed when Baker posted to his Instagram account in July 2020, referring to Fox as his girlfriend and the two have kept it steamy ever since. Machine Gun Kelly mentioned during his interviews in August 2020 that he feels “locked in already”, referring to where he sees this relationship with Megan Fox in the sense of a longer period of time.

The rapper also said during interviews in October, following his “Tickets to my Downfall” tour that Fox had made him a better human being and that instead of a downfall, the irony was this was the highest point of his life. He has also mentioned how Megan Fox has really helped him in terms of managing his anxiety and how he feels safe around her. The couple has shown up on several red carpets together like VMAs (Video Music Awards) and several iHeart radio carpets as well. They have dressed exponentially better than they would have separately and Fox believes that Baker has helped her elevate her style. One of their more famous red carpet looks was that of the Billboard Music Awards, where they both dressed in black and Baker had painted his tongue black as well. 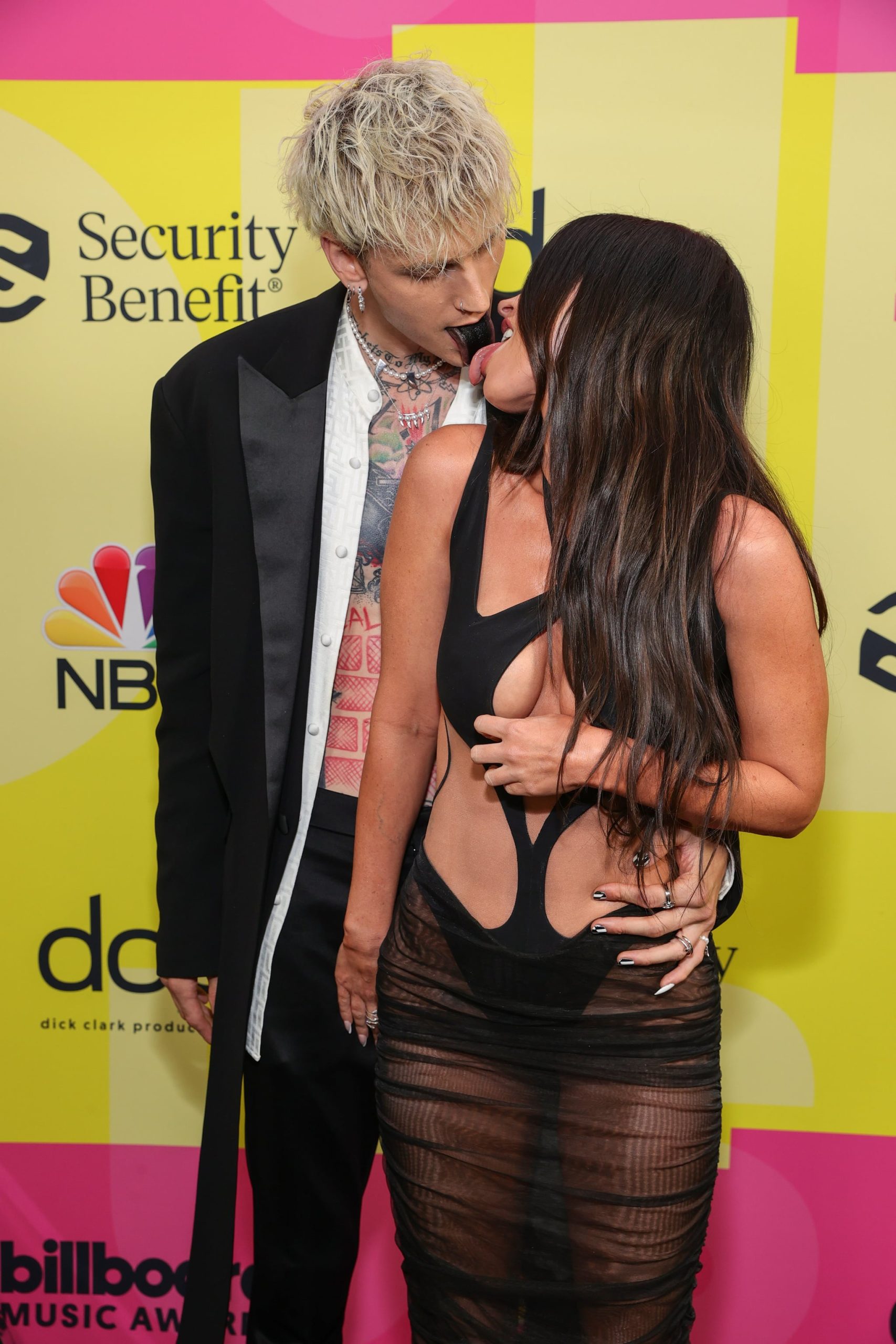 The rumors regarding their split have brought fans into a frenzy because of how well they seemed to fit together. The rumors began when Baker appeared on the latest AMAs (American Music Awards) with his daughter Casie, of whom he shares custody with ex Emma Cannon, instead of with Fox who is supposedly in Europe shooting for a new movie.

As of now, these are speculations but sources confirm that Megan Fox has said that she wants revenge on MGK for supposedly dumping her. There have, however, been no official statements from either of them.