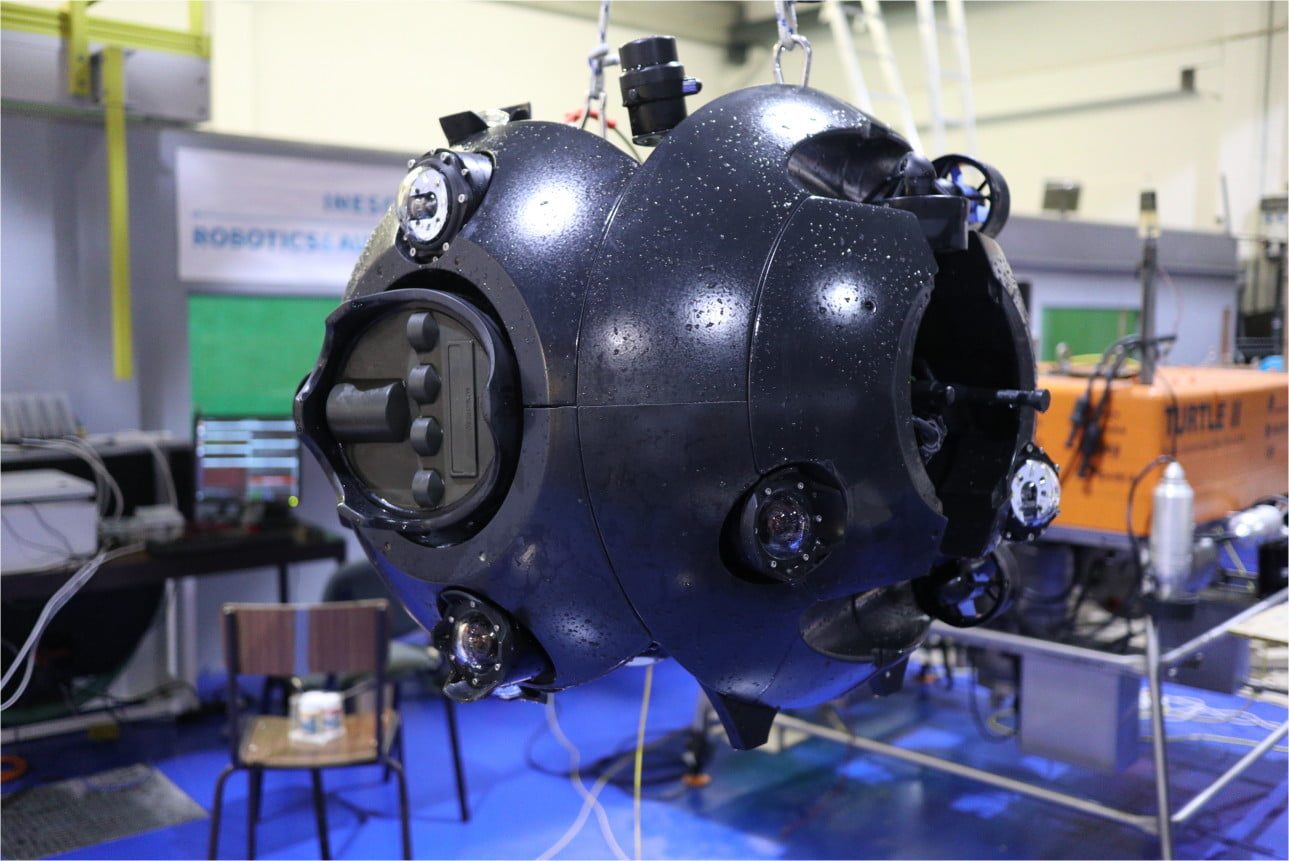 Autonomous systems are rapidly evolving and becoming a significant aspect of many industry sectors, where robots may assist cut costs and accomplish previously difficult tasks.

UNEXUP’s goal is to commercialize a new raw materials exploration/mine mapping service based on a new class of mine explorer robots for non-contact evaluation of Europe’s flooded mines.

Underwater robots are perhaps one of the most useful innovations ever, assisting us with a variety of tasks such as the Arctic and deep ocean research, ship maintenance and repair, ecological monitoring, and, most recently, the discovery of key mineral deposits.

The UX-1Neo surveying robot was developed by researchers at the Institute for Systems Engineering and Computers, Technology and Science (INESC TEC) in Portugal to explore underground flooded mines and other aquatic settings.

The robot is an upscaling version of the old UX-1, which was developed in the UNEXMIN project and can navigate autonomously for eight hours (2016-2019).

The UX-1Neo undersea robot was successfully tested by the Porto-based institute at the former Urgeiriça mines near Nelas. According to Alfredo Martins, an INESC TEC researcher, the vehicle was able to map the environment with excellent precision during the tests. These are the initial tests of the robot built in Porto as part of the UNEXUP European project.

This new robot has the same size and functions as its predecessor, but it features hardware and software advancements such as easier battery swapping, faster data retrieval, an additional camera, an additional scanning sonar, ease of transport, and reduced weight. These enhancements, together with improved geoscientific instruments, will increase its versatility and effectiveness in the field, resulting in more productive and cost-effective missions.

The UX-1Neo is a spherical device with six cameras, 3D laser-based sensing devices, and acoustic sensors for mapping and imaging that are around 70 centimeters in diameter. The robot was built using a novel modular architecture that ensures excellent operability.

The technological developers of the UNEXUP project, which is sponsored by EIT RawMaterials, compiled the operational limits of the previous UX-1 robot, which was constructed as part of the Horizon 2020 UNEXMIN project, and addressed them in the development of the next robot in 2020: the UX-1Neo.

All of these aspects allow for improved mapping and imaging, which is then utilized in the flooded mines research and development project.

Making the exploration of flooded mines a reality

This new robot is built on existing technologies, but it has been improved with new hardware and software, allowing it to reach deeper and perform better.

The UX-1Neo underwater robot is still undergoing testing and development so that it can be operated more autonomously, detect the surroundings, and gather data that is becoming increasingly relevant and interesting.

The UX-1Neo is ready to go, with field missions planned during the first several months of 2021. An investigation of a water well, a reconnaissance of an abandoned subterranean salt mine and other advanced options overseas are among the scheduled operations.