Mahershala Ali made a cameo in Eternals during the post-credits scene. The two-time Academy Award-winning actor for his supporting role in 20216 Moonlight and 2018 Green Book. He has made his appearance in Eternal’s post-credit scene as Blade in the MCU(Marvel Cinematic Universe) that is in second Post-credit scene his voice can be heard as Blade.

In 2019 at Comic-Con Mahershala Ali was announced as Blade by Kevin Feige and that is something that everyone has known for a while now. The second post-credits scene of Eternals has teased lots of information about what could be ahead in the Blade and what you could be seeing in it.

It teased Dane Whitman’s (Kit Harington) rise to Black Knight status just as his comic book destiny demands. As he opens an old chest inherited from his ancestors that contains the legendary Ebony Blade, an unseen voice questions him, “Sure you’re ready for that Mr. Whitman?” before immediately cutting to black. While some fans speculated the off-screen voice was that of Jeffrey Wright‘s Watcher from What If…?, Eternals director Chloé Zhao confirmed that it belonged to the MCU’s Blade actor, and Mahershala Ali soon opened up about recording the voice cameo. Now Mahershala Ali has been appearing in lots of interviews after that his Voiceover went viral and everyone was hyped to know who it was. The actor has admitted that he was not sure that his voice was good enough as he did not practice for it and that is something that always happened to him during the first day of the shoot. He also told that he was unable to sleep properly because of it and it caused him lots of stress and because he didn’t start shooting for Blade yet and yet his voice was required.

He told he didn’t have any time to practice for his Voice as Blade and his research was also incomplete on his character. But after seeing the response of The post-credits scene he was sure that he had done some right voice and his fans also loved that he is finally heard and they can soon finally start shooting for Blade. 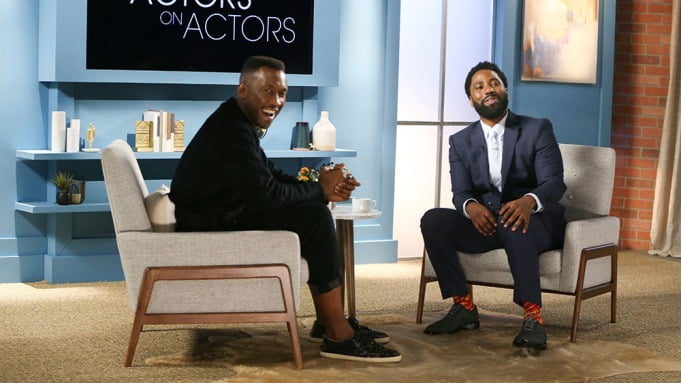 This will after a long time we will be seeing someone else play the role of Blade as originally the role was played by someone different as Marvel is entering its Phase 4 and soon it will be all about timelines. So it’s possible that we can be seen g m, such more old characters returning to the screen but their original identity will be different.

This will be a huge Challenge for Marvel, similar to when they introduced Tom Holland as the new Spider-Man. Blade’s role was previously played by Wesley Snipes and it has its own fan base. This will certainly be a challenge for Marvel as they introduce Mahershala Ali as the new Blade in phase 4. If Anyone can handle this Challenge that Marvel has is a certainly talented actor like Ali.