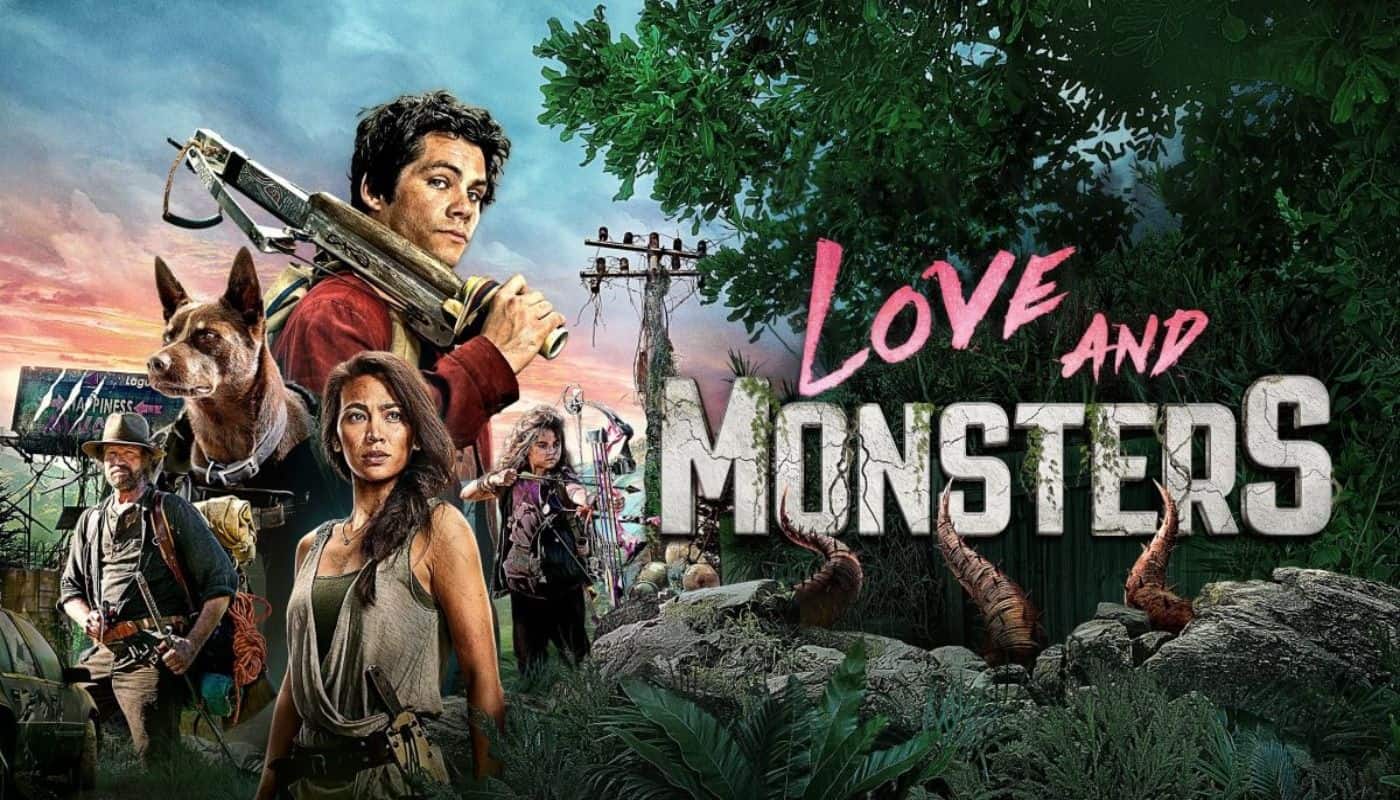 Love and Monsters is a 2020 film starring Dylan O’Brien and Jessica Henwick. It was released on Netflix on 16th October 2020 and got lots of praise! It was also nominated for an Oscar for Best Visual Effects.

This comedy and an action-packed monster movie are set seven years after the Monsterpocalypse. Joel Dawson (Dylan O’Brien), along with the remnants of humanity has been living underground. Their land has been conquered and is swarming with monsters and it is extremely dangerous for humans to be up there. While underground, Joel reconnects with his high school girlfriend, Aimee, over the radio by chance and begins to fall for her again. But she is now 80 miles away at a coastal colony. Joel, abandoned, lovestruck, and with nothing to lose, decides to find his way back to her despite all the dangerous monsters he will have to face en route. Love and Monsters were directed by Michael Matthews. The screenplay was by Brian Duffield (who also wrote the story) and Matthew Robinson.

Love and Monsters were produced by Shawn Levy and Dan Cohen.

The cinematography is by Lachlan Milne. It is edited by Debby Berman and Nancy Richardson. Music was provided by Marco Beltrami and Marcus Trumpp. Love and Monsters came out almost a year ago but Love and Monsters 2 is yet to be confirmed. Despite the success of the first movie, the makers haven’t said anything regarding a sequel yet. Fans might be in for some disappointing news because there aren’t any hints about a sequel happening as of now. It seems like the makers had only planned on having one movie. Having said that, we need not lose hope just yet!

Dylan O’Brien and Jessica Henwick will, of course, reprise their roles. There would be no story without their cute puppy love. Oh and also, their puppy Boy! Isn’t he just the best boy ever? He has well and truly earned his very own separate fan base.

Assuming it picks up directly after the events of the first movie, we should also see Michael Rooker, Ariana Greenblatt as well as people from Joel’s colony such as Karen.

Since the sequel hasn’t been announced, there are no trailers out. Neither has there been any talk of a shooting schedule or release date.

Well, we can only hope for the best and wait for more updates!

Until then, you can stream Love and Monsters on Netflix!