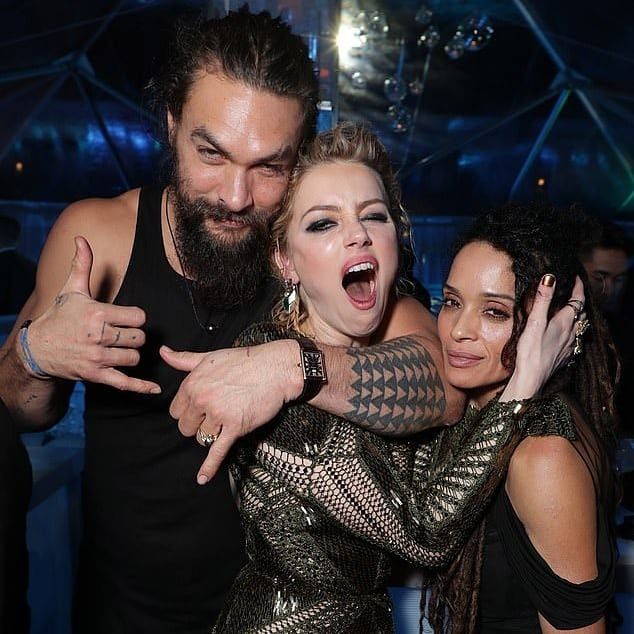 Is the Wife of the ‘Aquaman’ Star, Jason Momoa, uncomfortable with her husband’s relationship with Johnny Depp‘s Ex?

Back in the year 2018, Amber Heard and Jason Momoa were seen in public for promoting their blockbuster film “Aquaman.” During promotions, the two were seen to be pretty touchy-feely with each other. Lisa Bonet appears to be uneasy with her husband’s relationship with his co-star, who also happens to be Johnny Depp’s ex-wife. According to a news report from NW,  Jason Momoa’s wife is concerned about how flirty the Amber Heard and Jason Momoa contacts have grown. Her fears appear to arise from the actress’s history of entangling the male performers with whom she has collaborated. The most recent example is “The Pirates of the Caribbean” star Johnny Depp, with whom she co-starred in “The Rum Diary.” However, this may just be speculations of media and public because the two female actresses have previously been spotted interacting in public, and Lisa Bonet has never voiced any resentment towards Amber Heard and Jason Momoa’s cinematic relationship. Given that the two have already collaborated for a number of years. In fact, no amount of media nonsense about Amber Heard and Jason Momoa will be able to ruin the couple’s friendship, which has now become renowned in Hollywood. 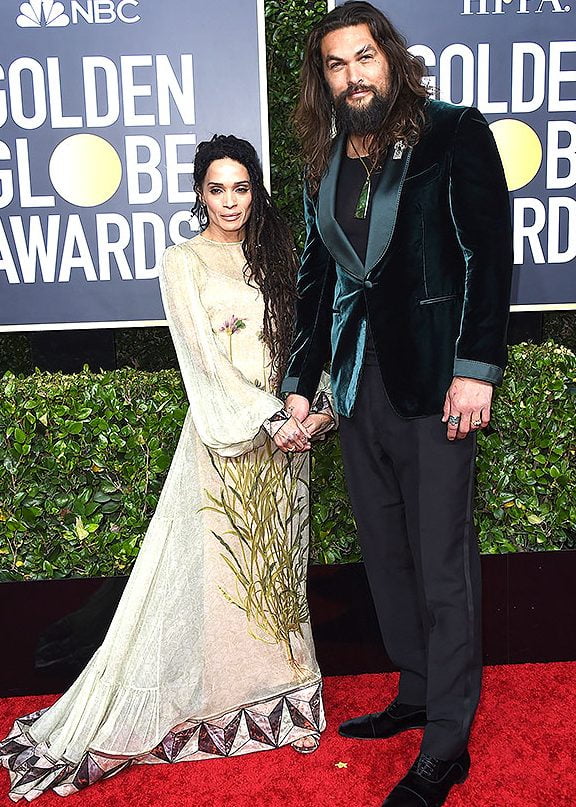 The 42-year-old action star may have captured Hollywood with his huge abs, big smiles, and limitless enthusiasm and also his critically acclaimed performances in films like The Red Road, Sweet Girl, See, and his most recent film, Dune—but it’s his long-term relationship with his partner that makes him the proudest. Momoa and Bonet married in October 2017 after a century of joyfully dating. Their marriage was such a top-secret affair that in fact, most fans imagined they’d wedded in November 2007, ten years before. Like the rest people, Jason also watched Lisa on the Cosby Show for the first time.

The duo has collaborated on a few occasions after becoming a couple. They featured together in the movie Road to Paloma, which was directed and written by Jason Momoa himself. Momoa had been associated with Australian actress Simmone Jade Mackinnon for seven years before meeting Bonet. They had apparently planned a Hawaii wedding when “everything quickly changed,” maybe because Momoa and Bonet met around that time. Behind the scenes of Aquaman

When the film Aquaman was released in 2018, fans of the DC Comics franchise were exposed to a love tale unlike any other. The superhero film follows Arthur A.K.A. Aquaman as he heads the realm of Atlantis in a battle against his half-brother, King Orm, who is attempting to unite the seven undersea kingdoms and destroy the planet. Following the successful production of Aquaman in 2017, Amber and Jason went all out to commemorate the occasion. The crew threw a celebration for the on-screen love interests. Amber posted images to her Instagram from the party, including one of her and Jason opening a bottle of wine while striking goofy postures. She referred to Jason as her “Aqua Hubby” in the comment and gushed about how much she liked working with him for the last seven months.

Despite the criticism directed towards Amber and reports that she wouldn’t be repeating her role as Mera in Aquaman 2, the actress has spoken up. On 11 June, Amber uploaded a promotional photo of herself and Jason with the caption, “Excited to get back to this #aquaman2. Director James Wan has also confirmed Amber’s return, stating that she would appear in the upcoming sequel Aquaman and The Lost Kingdom.