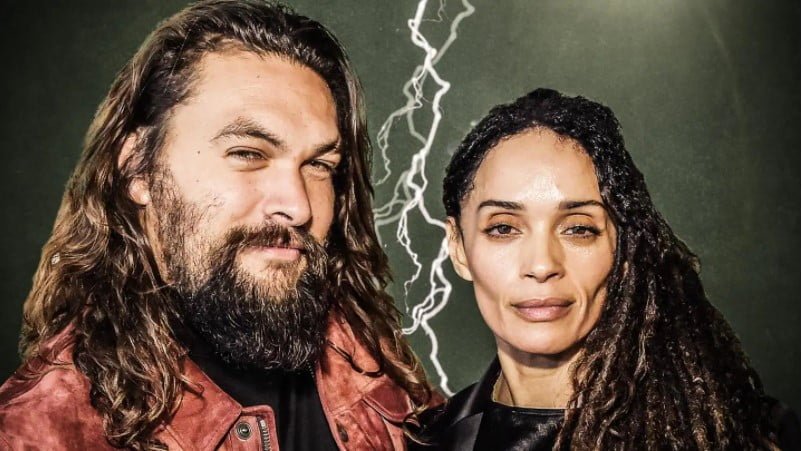 Lisa Bonet and Jason Momoa have announced their breakup and as soon they took their social media accounts to announce their divorce and the people who believe in love and that someone out there is for you and the fans who truly believe in them are saddened by this news. Everybody looks up to c couple who stays together during a tough time same was the relationship of Jason Moma and Lisa Bonnet. They are probably the first couple of 2022 who have announced their separation from each other. While in  2021 many other couples also announced they’re divorced after being together for so many years. The list includes Millionaires and Billionaires too. While people wanted to know why they divorced each other Jason Momoa took his Instagram to announce it.

It seems like the two simply grew apart from each other. But many fans were quick enough to drag Emilia Clark into this and told that she is the reason why Jason Momoa and Lissa Bonnet have Split-up. They believed Emilia Clark’s closeness with Jason Momoa is the reason that this has happened. While the Internet came in defense of Emila Clark and told them that she is already dating someone and is happy in her relationship with a YouTuber. She is currently dating and their relationship has been going on for a long time.

Please exclude Emilia Clarke from this Jason Momoa/Lisa Bonet situation. She has been in a long term happy relationship with this ugly yt man so stop this homewrecker theory. Thank you and have a great day ✨ pic.twitter.com/xXB55anYL3

While others pointed out that her closeness with actor Jason Momoa is the reason that Lissa Bonnet divorced Jason Momoa. While some suggested that soon they will be starting to date each other.

i just have a feeling that jason mamoa and emilia clarke are gonna start dating now that he’s divorcing like this isn’t something you do with a married man than post to millions of people!! and the comment!! pic.twitter.com/IhWi0xM1jN

Many have hinted that something is already between Jason Momoa and Emilia Clarke and they are too good to be just friends. Their chemistry is on fire from the time they started to shoot for their series Game of Thrones and this just did bring them closer to each other and they know each other very well and also from time to time spend time with each other.

In addition to Zoe Kravitz, who is Lisa’s daughter from her marriage to Lenny Kravitz, Jason and Lisa have two children together. Their daughter Lola Lolani Momoa is 14, and their son Manakauapo Namakaeha Momoa is 13. Both children are from before the two were married, and they were born relatively close together in 2007 and 2008. Based on their statement, it’s clear that raising their children together will continue to be a priority for both of them. While everything is going and already the news is very much worrying for fans as even dating for a long time and being married also tells that things are not right. But there is also hope for the fans as Machine Gun Kelly and Megan Fox have announced that they will soon be tying the knot. So people can calm down and just not jump to a conclusion as everybody have their issues during a marriage or a relationship but that doesn’t mean they have to blame someone else for it.