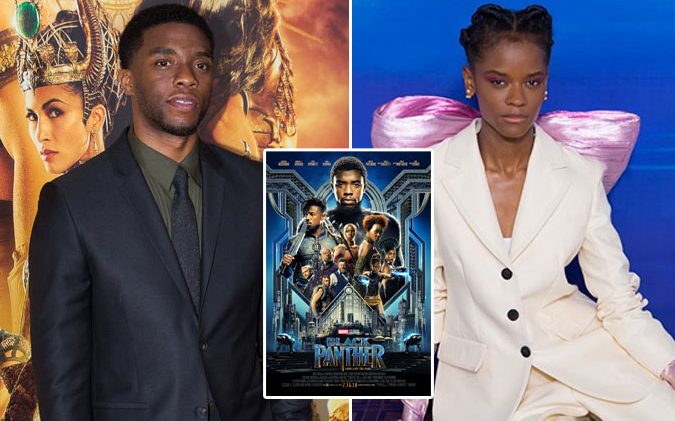 Letitia Michelle Wright or Letitia Wright who is well known for her role of Shuri, the Wakandan princess in the Marvel Cinematic Universe. The British actress first portrayed the role in Black Panther after which the role was reprised in Avengers Infinity War and Endgame by the actress herself. Letitia will also return as Shuri in Black Panther 2 which will hit the cinemas next year on 11 November. But the shooting work of the film is constantly delayed and the major reasons for the same have been linked to either covid or the Shuri actress. This has led to the production work of the movie coming to a halt and if things proceed like they’re proceeding right now, major changes of the shutting down of the movie can be expected. But why is Letitia linked to it? How has she discredited the late actor Chadwick Boseman? To know more about all this, you need to continue down further. How Did It Start?

Chadwick Boseman who died in August last year was battling Colon Cancer. The American actor is known for his role as Black Panther in the marvel productions. The actor even shot certain scenes for the sequel of Black Panther amidst the battle. But even after his efforts, the movie is heading towards getting shelved. Well, the main reason for the same is Letitia Wright. At first, she took to her official handle and posted an anti-vaccine tweet which created buzz worldwide and even led to major hatred.

What happened exactly was that she tweeted that it is not mandatory for everyone to take a vaccine and thus it should be everyone’s personal choice. She even doubted the components that the vaccine is made of. Also, according to the sources, the actress is not vaccinated and this has led to the delay of the film. According to the new guidelines, international flights need a full vaccinated certificate as one of their conditions due to which she is not allowed to travel. Adding to this, the actress has suffered an injury which has delayed the film even more as all the scenes that don’t involve the actress have been shot for the film. Why Do Fans Want The Actress To Be Replaced?

Also, the actress supposedly delayed the film so that she could fill in the shoes of Chadwick Boseman according to the fan theories. Adding to this, and even thinking that due to her being non vaccinated, the movie will be shunned down due to which Chadwick’s efforts of working even during the disease will be wasted. She also commented that it was just a person and thus there’s nothing that big to be concerned about. She ended the comment with an emoji just to be on a safe end but This has angered the fans even more and they think that the actress is not worthy of playing the character. Instead, the role should be now passed to some other talented faces. Well, if the actress would have not stated such things, there was a high possibility of her taking up the main lead of the movie. Even though the Shuri fame didn’t clearly mean what she stated and tried clearing her part and is looking forward to her return after being released from the hospital, but the fans now want her to be replaced and instead want Halle Bailey, Skai Jackson, or Keke Palmer to be cast for the role.