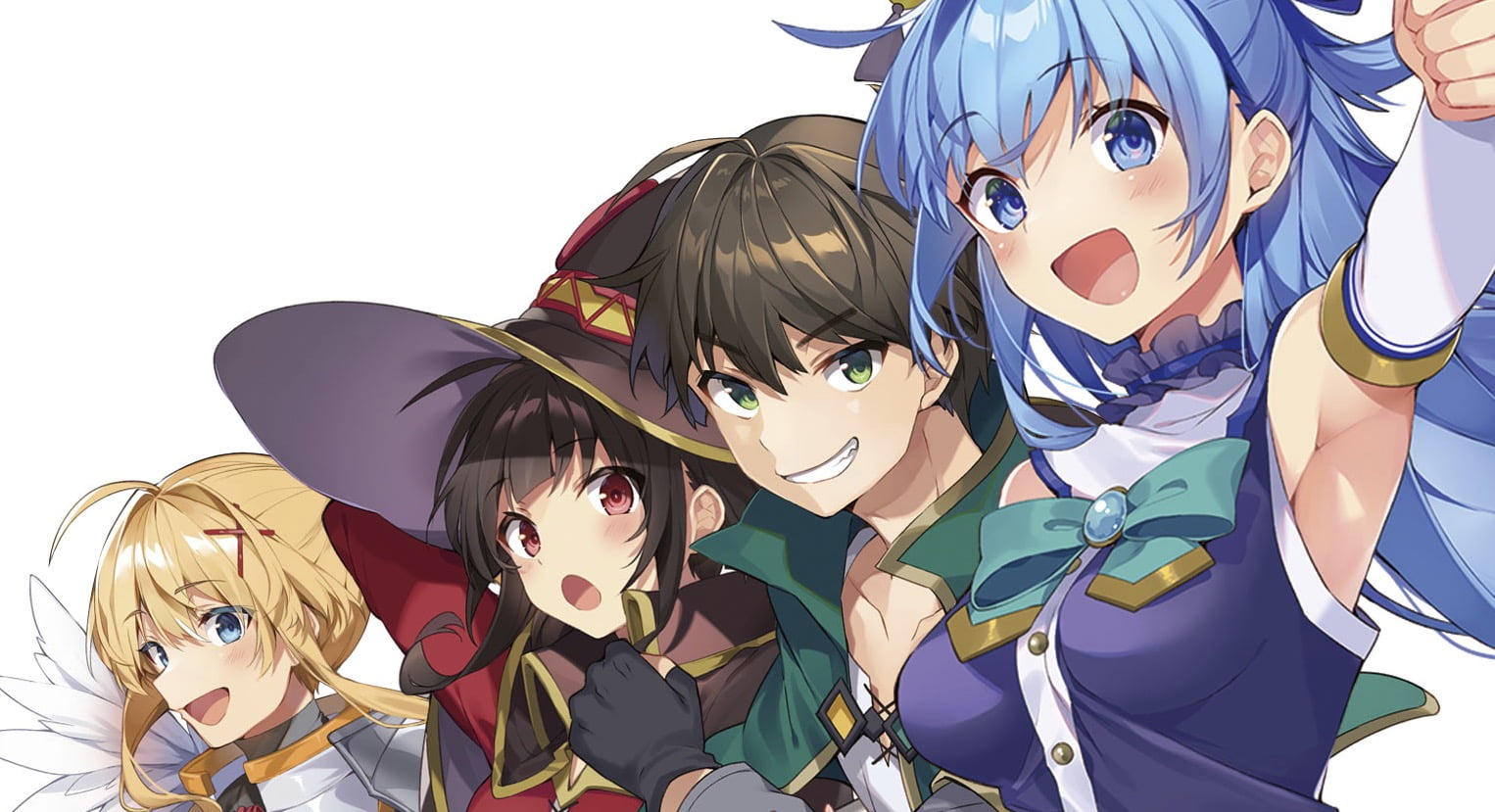 So… are you a shounen anime fan? Do you like to see some badass hero-beats-villain moments now and then? No? So you’re into Isekai then? Not that too? then what about comedy? Supernatural? Harem? yeah… most of us like this shounen, Isekai, comedy, harem, or supernatural stuff, don’t we? Now, for those who haven’t seen “Kono Subarashii Sekai ni Shukufuku O!” or in short “Konosuba“, you should know that it’s a beyond-perfect combination of genres like Shounen, Harem, supernatural, comedy and what not? and those who have seen it, you indeed are “A Man Of Culture.”

Poor Kazuma and lucky us… that truck-Kun hit us all so hard that we can’t leave the Isekai world anymore along with Kazuma(this happens within 5 mins from the start so don’t take it as a spoiler). So, when we take a break from this isekai world for the last four years, we heard the news on Twitter that makes us say one single phrase, “yare yare daze”(sarcastically). why? Konosuba is making its entry with Konosuba Season 3 and it was announced on 18th July 2021.

As we all know, this legendary franchise is based on a more legendary light novel of the same name and is written by Natsume Akatsuki and illustrated by Kurone Mishima which was composed back in 2013.

[ALERT! MINOR SPOILERS AHEAD THAT YOU ALREADY CAN GUESS 🙂 ]

As we can’t think Konosuba Season 3 without Kazuma and the ladies surrounding him, the casting will at least be like the following. As described before, we saw a declaration from the creator that they’re working on a Konosuba season 3 or most probably a spin-off/movie, on 18th July 2021, on Twitter. Now ask yourself… after hearing this news aren’t you getting excited? Oh, you were excited all along, just like all of us. But hold your horses.. as there’s no official news about the ETA of Konosuba season 3 and it was stated that the production work has just started, we can expect that we’ll get to see these monkey-heads messing around within the first quarter of 2022.

the first two seasons have covered the first 4 volumes of the LN and Legend of Chrimson has covered the 5th one. So if the anime does follow the LN in a very authentic way, Konosuba season 3 will cover vol.6 and vol.7. Anticipated storyline? Nah, dude, It’s too interesting to spoil. Go ahead and read the LN. After all, why get spoiled by someone else when you can spoil it by yourself right?

The Ln has been concluded with 17 volumes and if this goes on, it’ll take another 5 seasons to less if we include movies between. Well, what does it matter anyway? Let the studios decide this.