I wish you guys were here! The star of Keeping Up with the Kardashians has given her fans a quick peek at her holiday vacation. Yes… Kim Kardashian is on a vacation with her current boyfriend Pete Davidson to the Bahamas.

The 41-year-old star of KUWTK has shared several photos and videos on the stories section of her official Instagram handle from her journey on 7th January, Friday. The pictures mostly highlighted the sceneries of the Bahama beach, but we could also spot some funny incidents in some of the pictures. Like a pig playing on the sand and a giant water slide spotted in the ocean.

Kim Kardashian and her current boyfriend 28-year-old Pete Davidson were spotted together while they were boarding their private jet on 3rd January, Monday. After that, they were seen getting off from their boat on the beach of Bahamas on 5th January, Wednesday. She grabbed everybody’s attention when she posted her selfie wearing Bikini. She captioned the photo saying ‘Sweet sweet fantasy baby.’ On the same day, the couple was seen coming back to Los Angeles after their sudden and short trip.

An insider from the Us Weekly magazine has commented on this trip that Kim Kardashian and Pete Davidson really needed to spend some quality time together. This is because they both are going to be busy for the next few months. They will be working a lot. Pete will be busy with his films and Kim will be engaged as her company will be presenting some new products. They will still be able to meet with each other but for the next few months, they won’t be having any leisure time to spend together. So, they did a good job by spending their time on the beach, enjoying themselves by the pool, riding boats. They took their time while they escaped the busyness of the real world during this vacation. 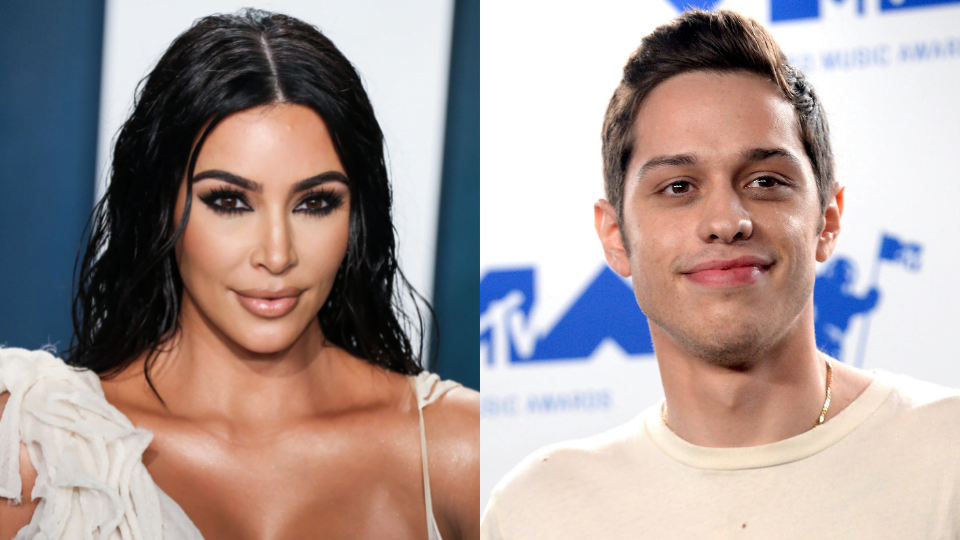 The source also mentioned that Kim is feeling so relaxed for now. Her separation from Kanye West has been tough for her. She went through some hard times due to her divorce and for now, her life feels brighter. The founder of KKW Beauty applied for divorce from her husband Kanye West back in February of 2021. These two were married for 6 years. They have 4 children, daughter North (8 years), son Saint (6 years), daughter Chicago (3 years), and son Psalm (2 years).

After her separation, the founder of SKIMS got into a new relationship with SNL star Pete Davidson back in October of 2021. An insider has revealed that the pair are getting more serious about this relationship and the bonding between them has paced quickly, but in a way that can be called healthy and funny. The insider also added that for now, they are just savoring the flavor of the time they’re spending together and patiently seeing where the time takes them. On the other hand, Kim Kardashian has mentioned that she doesn’t have any intention to jump straight into something serious right now with the star of Saturday Night Live. Rather she’d like to enjoy the early stage of this relationship.