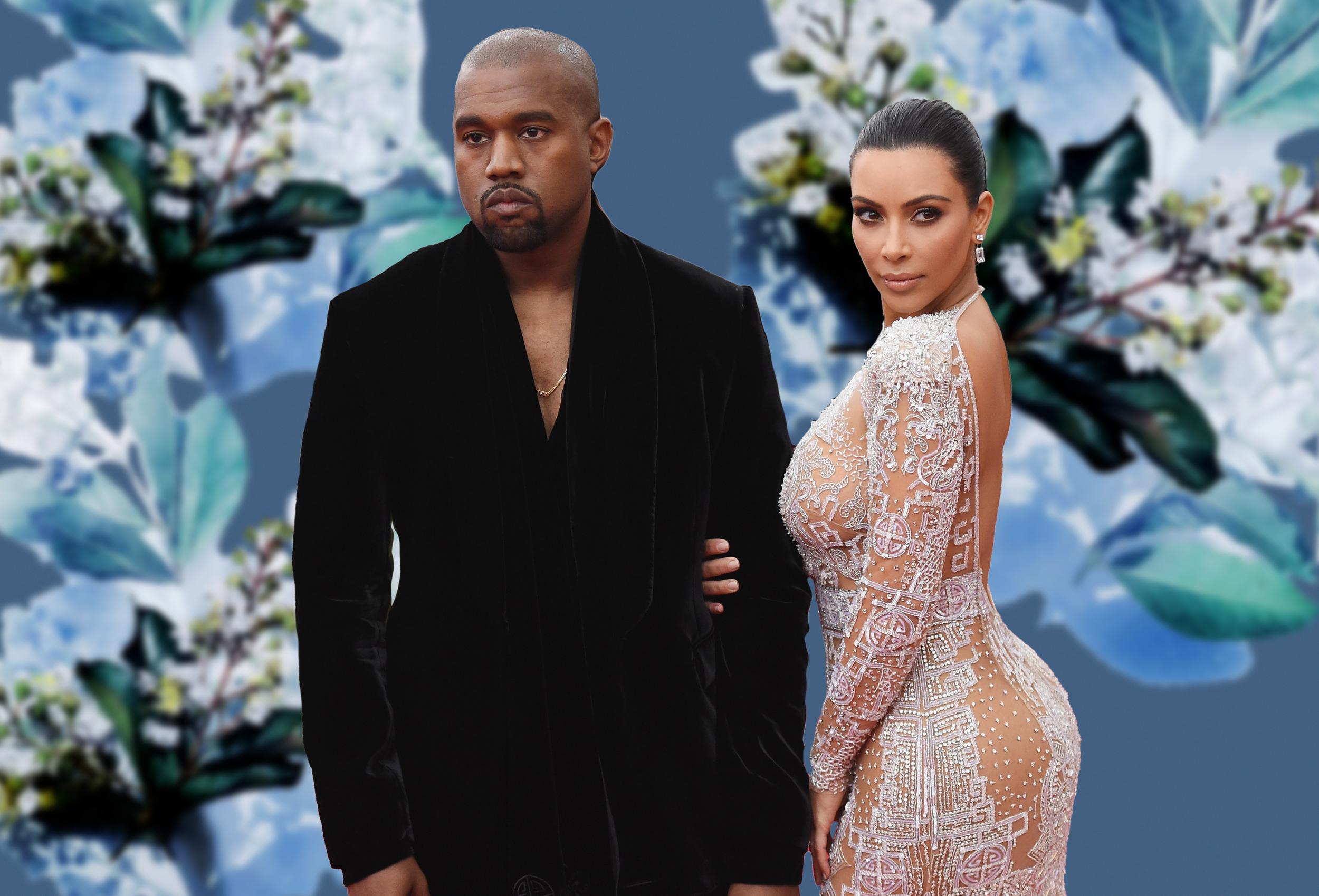 Kim Kardashian and Kanye West are separated now. The duo is lately seen feuding over their daughter North West. Let’s read more details about this ongoing feud in this article. Recently Kanye West posted a screen of his daughter North West’s TikTok video. He expressed his displeasure about the same. He wrote on social media that his daughter was put on TikTok without his permission. He is completely against this and wants to stop it. Kanye West does not want his daughter to use social media. After this statement, Kim Kardashian broke her silence. She called out Kanye West in her recent social media post. She posted that Kanye is constantly degrading her in interviews and social media. She also posted that Kanye’s comments on her are hurting her more than her daughter’s TikTok videos. She stated that she is the main provider and her daughter North West is making videos under her supervision. She allows her daughter to make videos because it helps her in expressing her creativity and makes her feel happy. Kim also spoke about her divorce which she avoided for a long time. She stated that divorce is difficult for her and her children and Kanye is making things even tougher. She wants to keep this matter private and wants Kanye West to do the same. Well, it looks like Kanye West’s controlling behavior is not going well with Kim and their kids. Kanye West was quick to respond. He posted a screenshot of Kim’s post and questioned her about the main provider. He also pointed out Kim for not letting him on her daughter Chicago’s birthday. She did not allow Kanye West to her daughter Chicago’s fourth birthday. Kanye West also called out Kim Kardashian’s brand’s chief marketing officer Tracy Romulus. He asked her to not manipulate Kim. 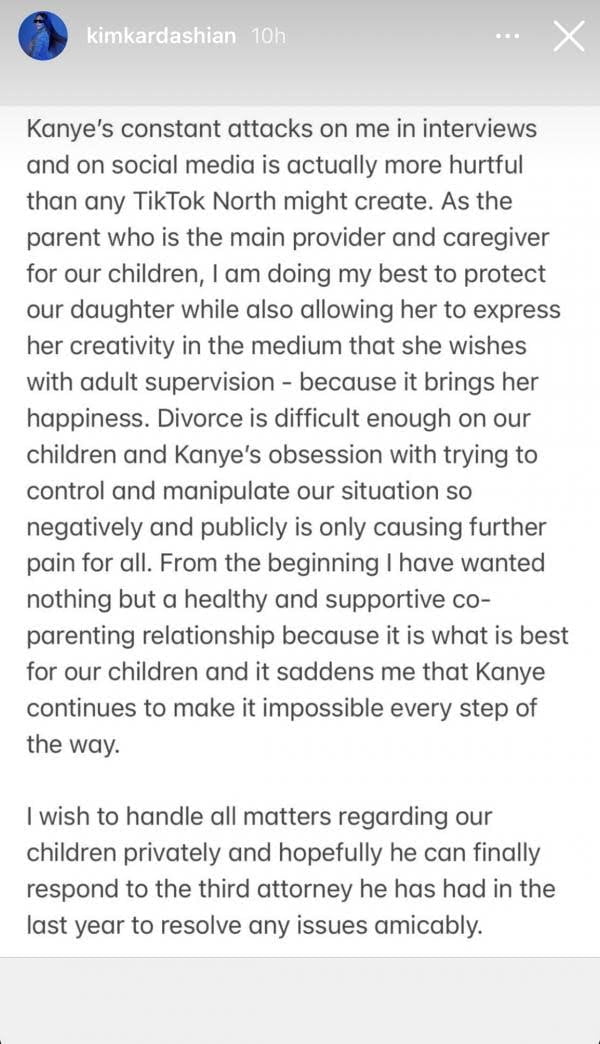 Kim Kardashian and Kanye West tied the knot on May 24, 2014. The duo has four kids together. Their eldest daughter North West was born in 2013. Their second child, a son named Saint born in 2015. Third child, a daughter named Chicago born in 2018. They welcomed their fourth child, a son named Psalm in 2019. After their divorce, Kim Kardashian and Kanye West are co-parenting their kids. But it looks like the two are not able to manage things well now.