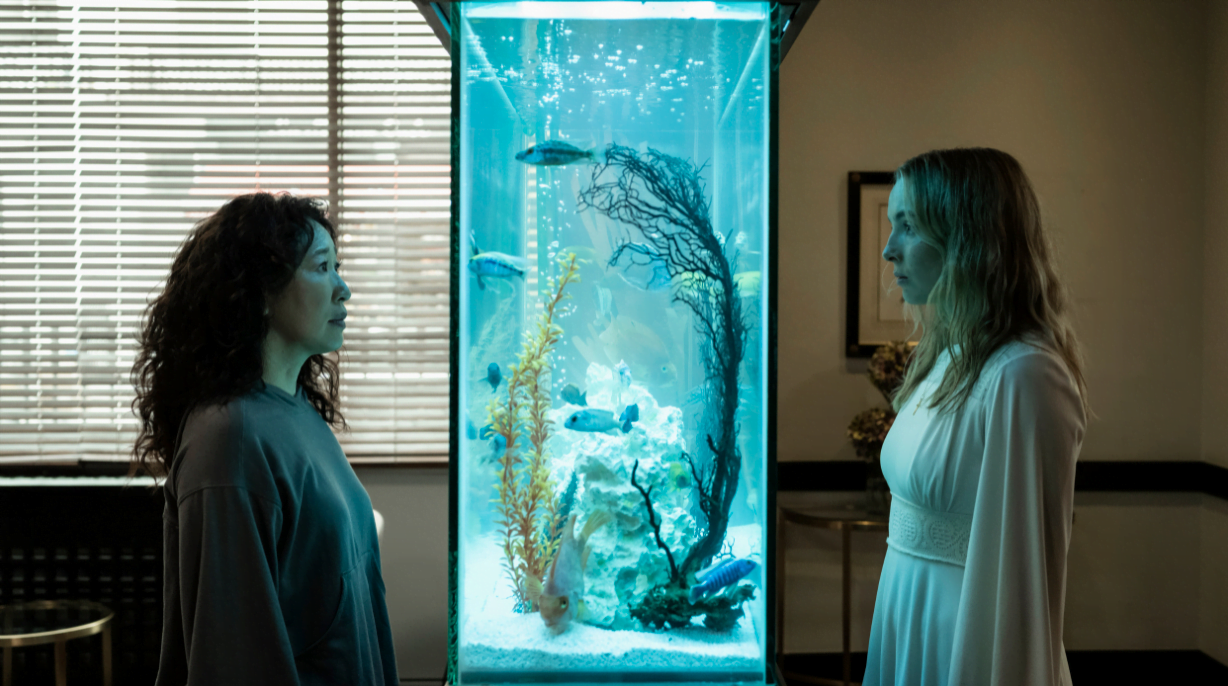 When the first installment of Killing Eve was debuted, the show became an instant hit and garnered a lot of popularity from all around the globe. The viewers liked the story which revolves around the Russian assassin and her murderous actions and the British intelligence investigator stuck in a loop. Their actions take place all over Europe. As we have seen that 3 seasons have already been released under the name of this show, the story will now end with Killing Eve Season 4. The show revolves around Eva Polastri (Sandra Oh) an intelligence officer from Britain. She is assigned by the secret division of MI6 in order to follow and hunt down an international assassin Villanelle (Jodie Comer). While they encounter each other several times, Eve learns about the loopholes that are hidden within the infrastructure of the intelligence agency, and moreover, she becomes obsessed with Villanelle. On the other hand, Villanelle also loses focus on her mission and she wants to discover more and more about Eve. Killing Eve Season 4 is scheduled to release on the 27th of February, Sunday of this year on the channel of BBC America. the first two episodes will be premiered together at 8 PM EST. You can also watch the first two episodes on 28th February, Monday at 9 PM EST on the channel of AMC. The episodes will be available for streaming on BBC iPlayer on the same day.

If you’re a subscriber of AMC+, the episodes will be available to stream on 20th February of his year. That means a week before it releases on television.

Our lips are sealed. Mostly. 💄 pic.twitter.com/Qtl5zxfc37

For the first two seasons, the gap between US and UK airings was notoriously lengthy, with British fans getting annoyed at seeing what happened almost two months later. However, season three was slightly nicer, with the show dropping Sundays in the States and Mondays in the UK. Let’s hope they stick to this new rule! We’ll let you know if we hear anything definitive though.

Cast for The Show

As Killing Eve Season 4 is going to be the last installment of the franchise, there is no doubt that we will be seeing the main cast of the series back in action. No surprise that Jodie Comer and Sandra Oh will be reprising their roles as Villanelle and Eve Polastri. And for the other members of the main cast, we are going to see Fiona Shaw as Carolyn Martens, and Kim Bodnia as Konstantin Vasiliev recurring their roles. As we have seen in the last three installments of the show, the story revolves around Eve and Villanelle. So, the relationship between these two is the heart of the whole series. So, no doubt that it will remain the center of attention in Killing Eve Season 4.

In the fourth installment, we will most likely see Eve continuing her mission to find out more about Villanelle. On the other hand, Villanelle will try to show others that she is not what everybody thinks she is.

As for Niko (Owen McDonnell), Eve’s husband, he didn’t die after looking like he’d met his maker, but he’s also had enough of Eve, which means there’s a chance he won’t play a role in the next chapter. “We really wanted Niko to have the power to walk away and to say ‘piss off’ rather than him being dispatched by a third party,” executive producer Sally Woodward Gentle told Entertainment Weekly.