Tom Holland, Andrew Garfield, and Tobey Maguire led to the success of the Spider-Man: No Way Home, and after fans started calling out to the directors of the movie to make a proper movie for Andrew Garfield that he deserves, Andrew Garfield played the role of Spider-Man in The Amazing Spiderman Spider-Man series but the was not well received by the audience and he was set to appear in other movies after that but Sony decided to merge Spider-Man with MCU and he was no longer there and the movies were canceled. In an Interview Andrew Garfield told initially he thought he would be a Spidey fan now but he got the call of being Spider-Man again and the offer was too good to refuse. We would like to tell you that Andrew Garfield and Tobey Maguire said yes to the appearance without reading the script. Now coming back to Andrew Garfield said he is open to working as Spider-Man. Now since Spider-Verse is no longer just a theory now thanks to movies like Spider-Man: Into the Spider-Verse and Spider-Man: No Way Home where Spider-verse is a possibility now. Now since possibilities are more and more and infinite now we could see the directors producing more movies of SpiderMan and finally Andrew Garfield getting the chance to redeem himself if directors produce a nice script for him. While now the news has come to this that there can be a The Amazing Spider-Man 3 and also we could see Jared Leto in that as we have already seen him in his movie trailer Morbius. Morbius has a particular scene where Jared Leto is walking in the street and there is a wall that shows has graffiti of Spider-Man which appears to the TASM which Andrew Garfield played. 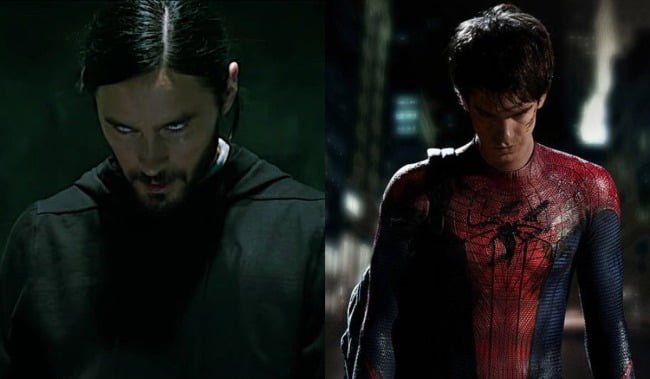 Everything to know about The Amazing SpiderMan 3 Starring Andrew Garfield.

The first thing that is TASM is not something new it was supposed to release in 2019 and the events would follow spider Man and his friends the morning of the death of Gwen Stacy also it is possible that we could be seeing the Sinister Six in that movie. But it got canceled for various reasons first being Spider-Man came into MCU which means they have full right to bring their own new Spider-Man. That is currently Tom Holland. He is the youngest actor that has joined the MCU and has the Guinness World record for it. While Fans have currently been asking for the new part of the TASM 3 they also want to see Tobey Maguire in his movie Spider-Man 4.

Right now there has been no official confirmation from the studio’s side but all details and leaks and considering that things are now much more possible it is just a matter of fact before they officially announce it. Till then once also lookout for model leaks and fanart and other stuff that is being shared on the internet.

You can watch the trailer o Jared Leto MORBIUS here.