Based on the novels written by Tom Clancy, the Amazon Prime Video original show ‘Jack Ryan’ is a popular action thriller drama that features the character Jack Ryan, a financial analysis expert of CIA who reveals the evil schemes of this world and political jiggery-pokery. The show is serialized by Graham Roland and Carlton Cuse. This action thriller is a prime example of what’s happening around the globe and the covert operations of many countries. The series also highlights the stormy change in the career of Jack Ryan’s daily desk job. Now that the second installment has been released, fans are eagerly waiting for Jack Ryan Season 3.

After the first season of Jack Ryan was premiered back in 2018 (31st August), this show has garnered quite a lot of popularity and positive reviews for the casting part and as well as for its fantastic storyline. But also, this series has received a lot of criticism for not following the current affairs of the world thoroughly. Discovering synchronous facts of the political world, starting from the territory of ISIS to the presidential issues of Venezuela, this show has offered us many brainstorming events. So as the second season has been out for a while now and the next season is on its way, let’s have a discussion about Jack Ryan Season 3. In the time between ’19 and ’20, this series has gone through some drastic changes which include the change in the Showmaker position. Just after the completion of the second season, the previous showrunner Cuse left the production. After that David Scarpa took the title but also resigned after a while. Then Paul Scheuring came but left shortly after due to personal issues, at last in January of 2020, Vaun Wilmott was announced as the present Showrunner.

So, when is the third installment of jack Ryan actually coming? As per the reports, the shooting started in May of 2021 and finished up by the middle of October this year. The post-production works will take a considerable length of time. And as per the hints given by John Krasinski, Jack Ryan Season 3 will appear on our digital platform in the second quarter of 2022. The cast for Jack Ryan Season 3 will be as follows:

However, the character of Senator Jim Moreno will not be recurred by Benito Martinez, because this particular character has passed away in the previous season. 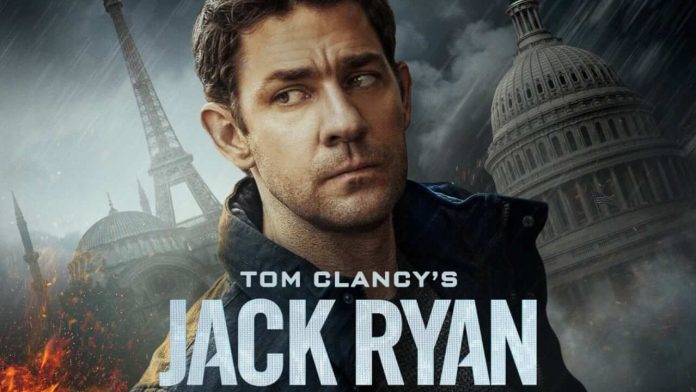 Jack Ryan Season 3 will present Jack Ryan, escaping from the hands of his opposition in Europe, as he is accused wrongly for some crime he has never done. Now he is being hunted by the CIA as well as some infamous international gang. He will have to hide somewhere and at the same time, he will also investigate a few conspiracies in the political world. Having the worldwide crisis clouding the sky, Jack Ryan may have to select either his own safety or his work. On top of that, the third installment will also implement some political events that occurred between 2020 and 2021.

Is there any season 3 of Jack Ryan?

Yes. the third installment of Jack Ryan has already been announced by the producing body Amazon Prime. So there is no doubt that we will be seeing more of Jack Ryan on the online streaming platform. Amazon prime has made the announcement regarding the third season back in February of 2019.

Why is there no season 3 of Jack Ryan?

Amazon did not say anything regarding the delay of the show. As the filming wrapped up at the end of 2021, the viewers expected to see the new episodes of season three at the beginning of 2022. But in a recent speech, the director John Krasinski has said that the post-production work might take a while and we might be able to see the show at the end of 2022.

Did Jack Ryan get Cancelled?

No. With everything going on, the show was delayed for some obvious reasons, but it is not canceled. In fact, the words are that Jack Ryan Season 3 will be on our screen by the end of 2022.

How many Jack Ryan episodes are there?

So far, there are 16 episodes of Jack Ryan that are divided into two seasons.

Is Jack Ryan a true story?

Jack Edwin Ryan was a real-life hero, working undercover with the French Resistance during World War II and meticulously planning CIA operations designed to help America avoid all-out war in Vietnam. He rose from an Irish family with roots in public service and law enforcement.