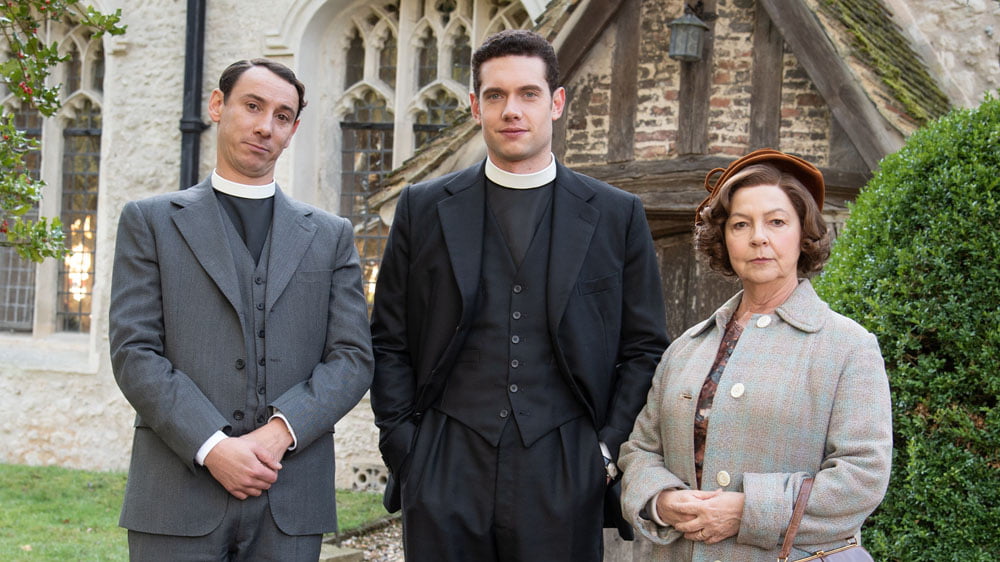 ‘Grantchester‘ is a British criminal drama series based on James Runcie’s short story series ‘The Grantchester Mysteries.’ It is set in the 1950s and follows Reverend Sidney Chambers of Grantchester, who develops a talent for solving crime cases and so assists the namesake parish’s busy Detective Inspector Geordie Keating. Chambers’ replacement, Will Davenport, takes on a similar position in the subsequent seasons. Daisy Coulam created the detective drama for television, which originally aired on ITV in October 2014. Following that, in January 2015, the series was shown on PBS in the United States. Critics have praised the program over its six seasons, and it has amassed legions of admirers. If you’re a fan who can’t get enough of Grantchester’s investigative escapades, you’ll be excited to discover more about the show’s upcoming return to our screens with all-new episodes. So, when is Grantchester Season 7 returning? Grantchester Season 7: When Will It Be Released?

Season 6 of ‘Grantchester’ debuted on PBS on October 3, 2021. Prior to its debut in the United States, the season premiered in the United Kingdom on ITV on September 3, 2021, and concluded on October 22, 2021. With a total of eight episodes lasting around 45 minutes each, the sixth season is the longest in the show’s history.

ITV has officially renewed ‘Grantchester’ for a seventh season on July 28, 2021, which should please fans who are looking forward to seeing more of the drama. The network’s decision to extend the series even before the sixth season debut demonstrates the network’s faith in the show’s quality and performance.

Around the same time, it was reported that filming on the seventh season had commenced, with lead actor Tom Brittney (William Davenport) assuming the helm for one episode. Since Brittney has announced that she will direct the third episode of the season, it is reasonable to assume that filming has begun on the next edition. However, the next season’s specific release date has yet to be confirmed. Grantchester Season 7 will premiere in the first half of 2022 if production is completed by the end of 2021. Who is in the cast of Grantchester Season 7?

Brittney, Green, Peake-Jones, Weaver, Ainsworth, Dimsdale, Brimble, Johns, and Hall have all indicated that they will reprise their roles in the seventh installment. The rest of the cast is also expected to show up. In addition, Charlotte Ritchie, Ellora Torchia, Rowena King, Anna Wilson-Jones, and Janie Dee, among others, will feature as guest stars in the upcoming season. Also Read: Derry Girls Season 3 Release Date; Will It Be The Series Finale?

What is the plot of Grantchester Season 7?

After Leonard’s name appears in a controversy, Davenport is torn between his career and his morals in Season 6 of “Grantchester.” Following the event, Keating is struggling with his morals. As violence in their neighborhood rises, the two become entangled in local politics and must rely on their wits to handle the complicated scenario. Keating is suspected of the death of a music producer in the season finale, but Davenport saves him.

The summer of 1959 will be the setting for the seventh season. Davenport will continue to carry out his sacred duty and bring couples together by bonding them together in marriage. Keating will continue to solve crimes in other parts of the city. However, as the new decade approaches, the couple will be forced to adjust to the quickly changing world around them and make some life-altering decisions. So, let’s see what Grantchester Season 7 brings to us this time.