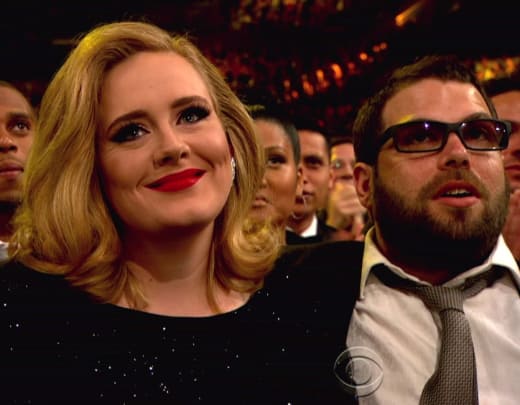 Adele, the British singer who recently divorced Simon Konecki, would not provide financial compensation to her former husband.

The Grammy and Oscars winner singer Adele started dating Simon Konecki in 2011. After being a foreign currency exchange broker, Simon ventured into his self-created Broker Association and later in Drop4Drop, a non-profit that provides long-term clean water solutions in developing nations. Clary Fisher, a stylist, was Konecki’s former wife. They divorced in 2010 and had a ten-year-old daughter. He supposedly met Adele the next year after being introduced by Ed Sheeran.

The couple welcomed their son Angelo in October 2012. In 2016, the pair married in a minimal celebration. Adele confirmed in April 2019, 5 months after speculations of a breakup in their marriage in the public, that she had called it quits and filed a divorce from Konecki, claiming “irreconcilable differences.” The ex-couple has consented to forego “the right to seek or acquire spousal support from the other party.” As per US Weekly, they also decided to share custody of their eight-year-old son Angelo.

It was alleged that because a large portion of Adele’s divorce proceedings was kept private, the publication did not even know if the musician had made any payments to her ex.

According to the paperwork, the couple will try to address any concerns without resorting to litigation. As reported by US Weekly, the Someone Like You music star and charity CEO are now ‘technically divorced’ after a court-approved deal.

It arises after rumors that Adele was compelled to utilize mediators to divide her £140 million ($190 million) inheritance throughout the course of the proceedings. According to the US tabloid, the singer and charity CEO filed a “judgment package” in which the estranged pair “decided to decide rights to communal property and obligations through mediation.”

Adele and Simon allegedly represented themselves in the lawsuit.

Adele’s plea to keep the circumstances of her divorce confidential was approved by the court in Los Angeles in April 2020. According to The Sun, in spite of the fact that Adele and Simon’s split was initially cordial, they had to hire intermediaries to agree on some conditions of their agreement. The major part of the disagreements is understood to have originated from sharing the singer’s £140 million ($190 million) money, including their spectacular £34.7 million ($47.4 million) property portfolio, once they decided on shared custody of their son Angelo, who is eight years old.

In fact, it was announced in May 2019 that Adele had spent £8.53 million on a Beverly Hills property just steps away from Simon’s to allow them to co-parent their kid. According to a source, ‘they made it perfectly apparent they didn’t want to set attorneys on one other,’ however, the procedure had not been easy.

The first thing they decided on was shared custody, and so far, it’s been all about equitably distributing the remainder of their married assets.

Fortunately, they got there without the need for a dramatic public court fight, slanging battles, or embarrassing statements about one other, which offers them the best opportunity of continuing on decent terms in the hereafter.