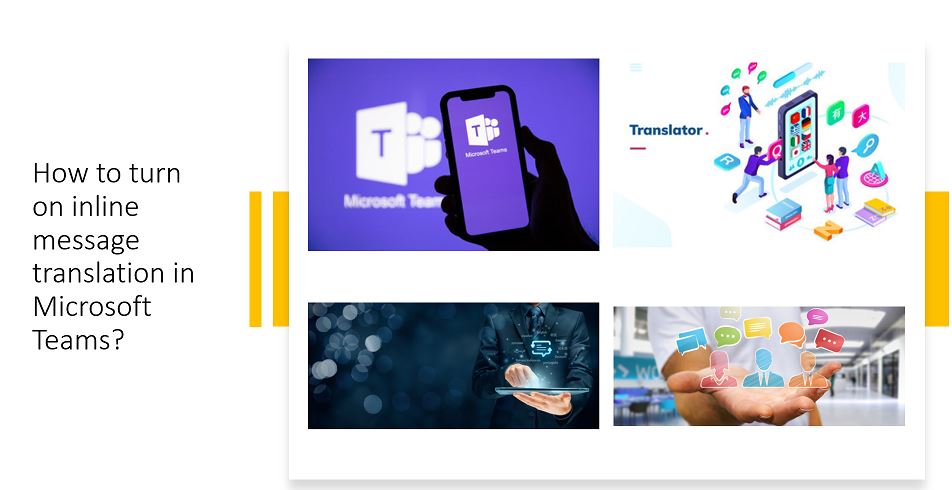 Microsoft celebrated Teams’ first anniversary in March, highlighting some of the innovations coming in 2018, such as “Inline message translation—People speaking different languages will be able to engage seamlessly with one another by translating messages in channels and chat.”

Inline translation, which is part of Microsoft’s Intelligent Communications and Collaboration program, also responds to a Uservoice request.

So, in this article, we’ll show you how to enable inline message translation in Microsoft Teams using both the Microsoft 365 admin interface and a PowerShell command.

This feature will be available first on iOS; we will send a second communication once the Android timeline is finalized.”

Microsoft announced intentions to introduce inline translation to Microsoft Teams for iOS and Android to their roadmap in May 2020.

We didn’t anticipate deliveries to last until 2021 at the time. Still, we’re delighted to announce that Microsoft is getting ready to roll out the function to mobile users, which is now accessible on the desktop.

The functionality, enabled by Microsoft’s Translation Services, allows users to translate channel posts from another language into their preferred language.

Improved search relevance is one of the most recent upgrades to Microsoft Teams’ collaboration and chat features.

Based on passive and active signals, including who you interact with the most, the new relevance model allows Teams to learn the crucial components of communications that matter to you.

In Microsoft Teams, how to enable inline message translation?

Microsoft teams can use the messaging policy to enable inline message translation.

Translate a message in Teams

On your desktop PC, select More options > Translate at the top of the message if you receive a message in a different language. It displays a translation of the message into the language you’ve designated for Teams.

The feature will be available on the Teams iOS and Android app, starting with the newest store versions in early June, with a complete release by mid-July.

The addition of Microsoft Translator to Teams highlights how Teams use a variety of microservices from throughout Microsoft’s cloud portfolio to enhance product capabilities.

It’s a great example of how quickly things can move in the cloud, and it should help us all improve our language skills.