Skip to content
Home Gadget Huawei To Go Big: Preparing To Launch 32″ 4K+ Monitor To Get Attention Of Gamers And Coders 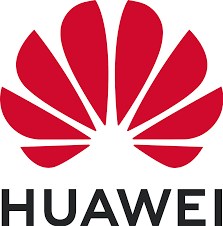 Huawei saw a steep revenue drop of around 16.5% in the first quarter compared to a year earlier. But net profit margin rose by 3.8% points compared to last year.

Huawei was put on an export blacklist by former U.S. President Donald Trump in 2019 affecting its ability to design its own chips and source components from outside vendors. The ban put Huawei’s very productive handset business under immense pressure, forcing them to explore new product categories to diversify its electronic product portfolio.

Huawei now has entered the market of PC displays, launching its first-ever monitor earlier this month. The company’s first desktop monitor arrived with a sleek and seamless 23.8-inch unibody design, surrounded by three narrow bezels, with an impressive 90% screen-to-body ratio. The monitor is compatible with PCs, laptops, and even mobile devices. The 23.8 inch IPS display features an FHD (1920x1080px) resolution with a 178 degrees wide viewing angle. On the back, it has 1 VGA, 1 HDMI, and 1 DC input port. The design of the display allows it to tilt and adjust in height.

Recently, Huawei has certified three computer monitors that consist of model number ZQE-CAA, ZQE-CBA, and ZQE-XXX, these monitors support 20V DC and 6.75A input and have an LCD panel.

Recent leaks claim that Huawei is planning to launch its next monitor, under the MateView badge, with an extra-ordinary 3:2 aspect ratio. The 32 inch IPS display panel is said to be featuring a resolution of 4500 x 3000 pixels, 10-bit color along with HDR400 certification, and a close to 100% screen-to-body ratio.

Along with this, Huawei is also set to launch another monitor that will feature a huge 45-inch curved display, mainly targeting gamers and content creators.

The 42 inches Huawei MateView curved gaming monitor will sport a 3K+ panel with a resolution of 3440 x 1440 pixels paired with a 165Hz refresh rate, and a 21:9 aspect ratio. This monitor is supposed to include dual speakers as well.

The monitors also feature several other specialties like a wireless charging pad on the base and a minimum of 400 nits peak luminance and TUV Rheinland certification for blue light eye protection.

Huawei has a number of products lined up to be launched in near future, but the launch date of these monitors is not confirmed. However, the 32-inch model has already been certified by the 3C in China, so we can say that the company is fairly close to releasing it.

Huawei’s smartphone sales have drastically collapsed outside of China, hurt by a U.S. export ban that prevents new Huawei phones from carrying the Google Play store or popular Android apps. In this situation, diversifying the product portfolio was a wise decision by Huawei. All it needs now is proper implementation and adequate attention of the young consumers. With products like the above-mentioned monitors, Huawei has a real chance of getting back into the game. There is significant competition from giants like DELL and HP but that doesn’t mean Huawei should stop innovating. To be able to survive in the market, Huawei will have to hit the market with more innovative and appealing products.