by Srishti Priya
in Celebrity
0 0
0

The sudden and untimely loss of the HOF Linebacker Kevin Greene was received with a huge shock among the Pro Football World. The death of the Pro Football Hall of fame member resulted in a saddened Christmas for his fans. He passed away at the age of 58 on 21 December 2020 and left behind his wife Tara, son Gavin, daughter Gabrielle and a huge mass of his admirers and fans in shock and sorrow. But, how did Kevin Greene die?

His death was very disheartening to his fans. At first, the reason for his death was not clarified but eventually, everybody got to know from his family that he succumbed to a Heart Attack on the 21st of December, 2020. The Hall of Fame of the Pro Football disclosed the death of Greene. 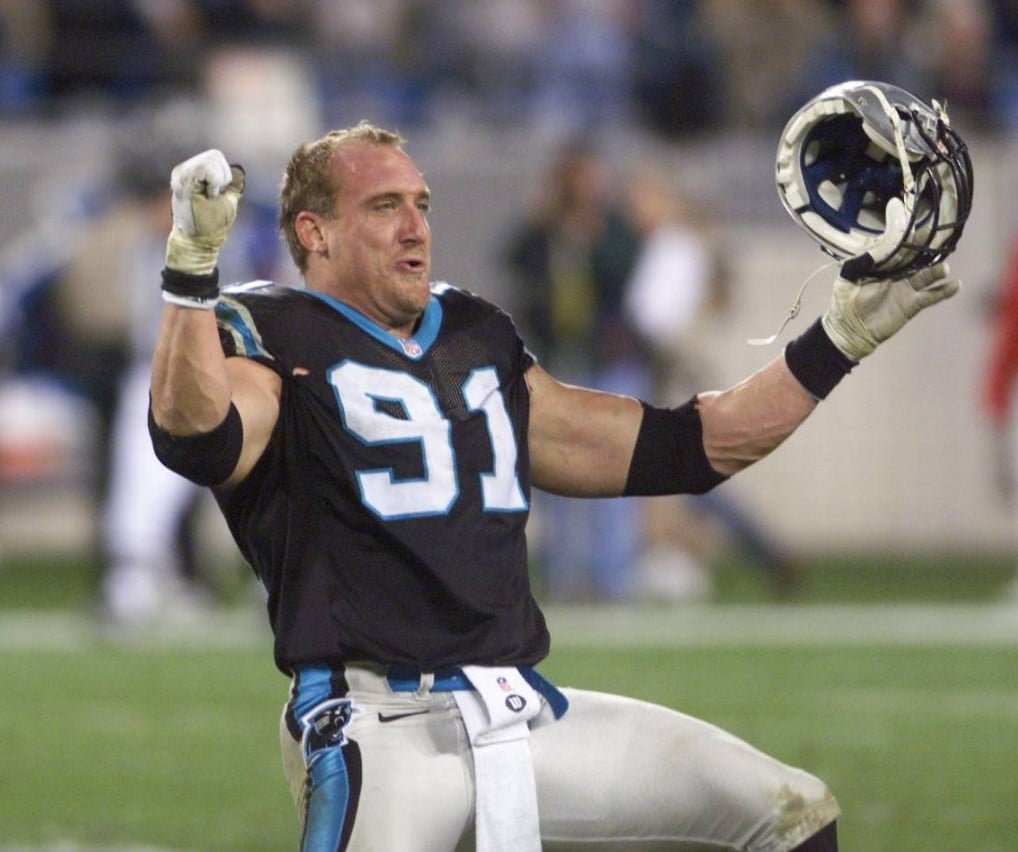 Why was Kevin Greene adored so much?

Greene was the third all-time leader in sacks in the NFL with 160 just behind Bruce Smith and Reggie White. He was far-famed because of his notorious, relentless linebacking in Football. He considered the players who came in his path as prey and he showed no mercy in knocking them of his way for his team’s benefit. He was greatly known for his speed as well as strength.

These qualities of Greene allowed him to play for around 15 seasons in different leagues against many teams like Pittsburgh Steelers, San Francisco 49ers, Caroline Panthers, and Los Angeles Rams. His position was mostly the outside linebacker so that he could prey around the quarterbacks.

Greene made a statement during the time of his Hall of Fame Pro Football in 2016, at Canton, Ohio. He said that somewhere he knew that he was unblockable. Without any doubt, we can say that he played very boldly and captivatingly on the field. His unending and retained energy and his charm with his blonde hair under his helmet made him many people’s favorite. The fans still think about how did Kevin Greene die. Kevin was born on 31 July 1962. He was a resident of Schenectady, New York. He moved to Granite City Ill for the purpose of completing his education with his family coming to the United States. This was the place where the player inside him emerged. He used to play basketball and football and he was also a part of the track team as a high jumper.

He went to the Auburn University in 1980 and he was drafted out of the university because the Rams wanted to sign him, in the fifth round of the NFL draft of 1985. He played from the defensive side initially. He had 15 years of experience as a player and 9 years of experience as a linebacker coach. He was also an active player with the Steelers, Panthers, and 49ers. The league was led in sacks by him in 1994 and 1996. He achieved the career bests in 1988 and 1989.

The 1990s All-Decade Team voted him to five Pro Bowls and he was a 3-time All-Pro. He held the responsibility of an inductee to the Pro Football Hall of Fame’s Class of 2016 in his sixth year of eligibility. He achieved the milestone of playing in 228 games. This milestone has only been surpassed by the linebackers Bill Romanowski, Clay Matthews, James Harrison, and Ray Lewis. He received a one-game suspension for getting into an altercation with Panther’s linebacker coach Kevin Steele. Kevin retired from football in the year 1999 and got indulged in several coaching internships at the NFL. He also started other ventures of business. Kevin terminated his coaching journey with the Packers in 2013 for coaching his son in high school football. The outside linebackers of The Jets were under the supervision of Greene in the years 2017 and 2018.

How did Kevin Greene die?

He had set his own records as a sacking quarterback for coaching others for the same legacy he had created. He proudly left a legacy of his own upon his tragic death due to a heart attack. The whole house of the Hall of Fame of Pro Football was mourning his loss. This was clarified in a statement made by David Baker, who is the CEO as well as President of the Hall of Fame. Kevin was a very good friend of his and a true and deserving Hall of Famer to the family of Pro Footballers. His tragic loss was a great pain for the Football family.