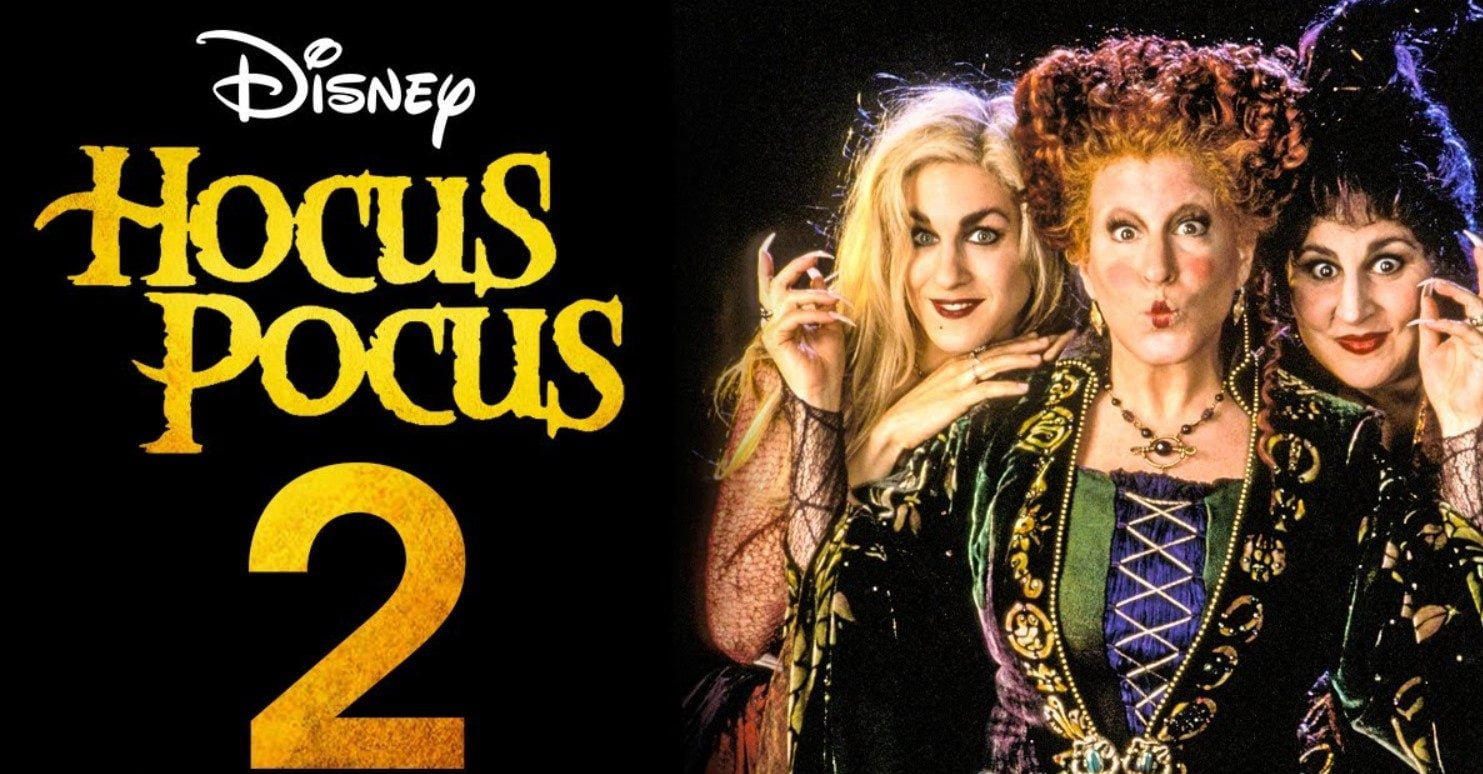 Hocus Pocus 2 release date is finally announced. Disney made an announcement about the second part of Hocus Pocus. Let’s read more details in this article.

It is revealed that Hocus Pocus 2 will be released on October 31, 2022. The series is all set to release this year on Halloween. Hocus Pocus 2 is one of the most awaited series this year. After this announcement fans are excited. They are looking forward to watching this movie on Halloween. The series will be released on Disney+. A few days back the first look of the cast was also released. Hocus Pocus 2 is going to be interesting and way more exciting than the first movie. The sequel of the Hocus Pocus movie was confirmed in 2019. The film development started in 2014. It was also stated that many actors are willing to reprise their role in the sequel movie. Initially, a remake of the original movie was decided but later on, this did not turn out. Finally, a decision on the sequel was made and it was finally started in 2020. The movie Hocus Pocus was released in 1993. It is a fantasy comedy movie. The movie got a mixed response. It was an average-performing movie. The star cast of the first movie Hocus Pocus included Starring Bette Midler, Sarah Jessica Parker, Kathy Najimy, Omri Katz, Thora Birch, and Vinessa Shaw. The movie was directed by Kenny Ortega. The screenplay was done by Mick Garris and Neil Cuthbert. The fantasy movie did not perform up to the expectations but was surely a new themed movie at that time. Critics did not like the movie and gave negative reviews while some people appreciated the movie. The movie got a rating of 4.9 out of 10. It got a B+ grade and was titled with average and mixed reviews. 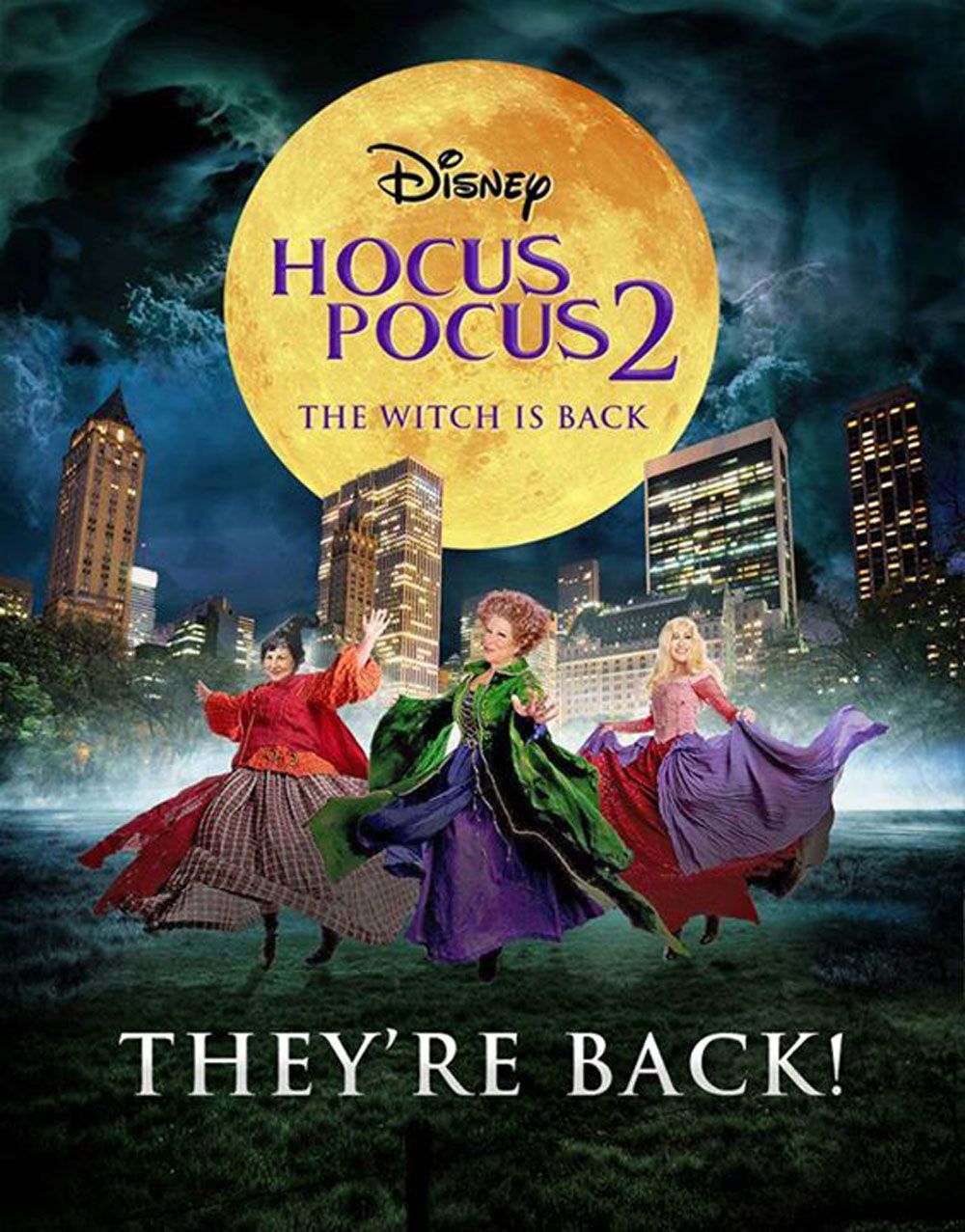 The plot of the movie revolves around three witches named Winnie, Sarah, and Mary. They are revived by a teenage boy named Max Denison. In the sequel movie, we will see three high schoolers attempting to stop the witch trio. The story will be based twenty-nine years after the Hocus Pocus movie. The witch trio has returned to present Salem. It would be interesting to see the feud between high schoolers and the witches. The star cast of the sequel movie includes Bette Midler, Sarah Jessica Parker, Kathy Najimy, Sam Richardson, Tony Hale, Whitney Peak, Lilia Buckingham, Belissa Escobedo, and Dough Jones. In the sequel movie  Bette Midler, Sarah Jessica Parker, Kathy Najimy, and Doug Jones are going to reprise their role of Winnie, Sarah, Mary, and Billy respectively. The sequel movie is written by Jen D’Angelo. Hocus Pocus 2 is directed by Anne Fletcher. Previously Adam Shankman was directing the movie but was replaced later.

The black flame candle is alight to the Sanderson sisters’ delight.

But who lit the black flame candle….. this time……..#HocusPocus2 Coming Fall 2022 pic.twitter.com/TRBALyGOoX

The movie is produced by Walt Disney Pictures and David Kirschner Productions. It will be distributed by Disney+. It would be interesting to see the actors reprising their roles. Also, it is expected that the sequel movie would perform better than the previous movie.