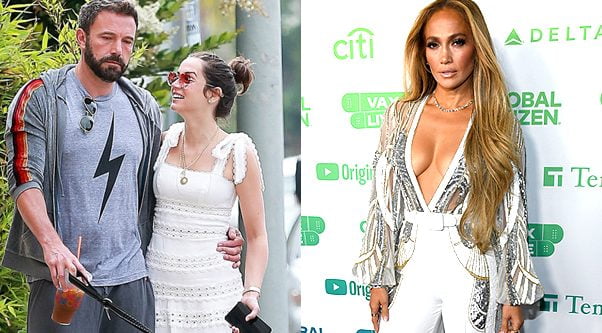 Ben Affleck and Ana de Armas separated ways in January this year after being in a year-long relationship. Ben Affleck after separating ways from his Deep Water co-star is now dating Jennifer Lopez. The two share history a long time back and have been reunited after 17 years since they call off their engagement back in 2004. But did the batman fame leave Ana for Jennifer? before going into any depths kets explore the reason behind ben and ana’s breakup and everything we possibly know about it. The batman fame started dating ana in 2019 when they first met on the sets of Deep Water. The two were papped in Cuba and even in Los Angeles where they often spent tie together. As per the sources, Ana was even the tour guide of the actor for the entire time that they vacationed in Havana. Thereafter in March 2020, the two were spotted kissing on the beach during a trip to Costa Rica. This was followed by some solo photoshoot posting by the knives out actress on which the batman fame was seen commenting ” Photo credit pls”. They were even spotted having coffee together in Los Angeles. Ana even posted a picture of him and ben on her birthday in April of the same year.

Affleck even attended the protest on black lives matter where he was accompanied by the knives out fame in June. Sources also revealed that the actress did bond up with ben’s children with her ex-wife Jennifer Garner and spent time with them in Los Angeles. However, even after things seemed pretty normal and happy between the two, January 2021 marked the end of their happy relationship. There are two theories behind their breakup. The first one was that ana wanted to move away from Los Angeles and wanted ben to accompany her too. But due to his work commitments and children that the actor shares custody with her former wife Jennifer garner, the movement was not possible. Another reason for the same was that Ana wanted to start a family with the actor and ben being the father of three children didn’t have the right mindset for such a decision. However, the two parted ways mutually and are at different places In their lives for now. Post-breakup the linkup rumors of Ben and his ex-girlfriend Jennifer Lopez got ignited. As per the sources, the actor started sending emails to hint to her that he was still interested. This was followed by the two being spotted together in a resort In Montana where they were even seen driving around together. The reason for their breakup before was the extra media attention accompanied by the pressure where they felt that at some point they became too excited and accessible. However, as of now, they are dating each other.

Coming on to the rumor, the fact that Deep Water co-stars broke up had nothing to do with the reconciliation of Jennifer and ben. The breakup in the first place happened to differences and them being at different places in their lives and as far as the newly reunited couple is concerned they always felt that even after separation, they still hold feelings for each other.